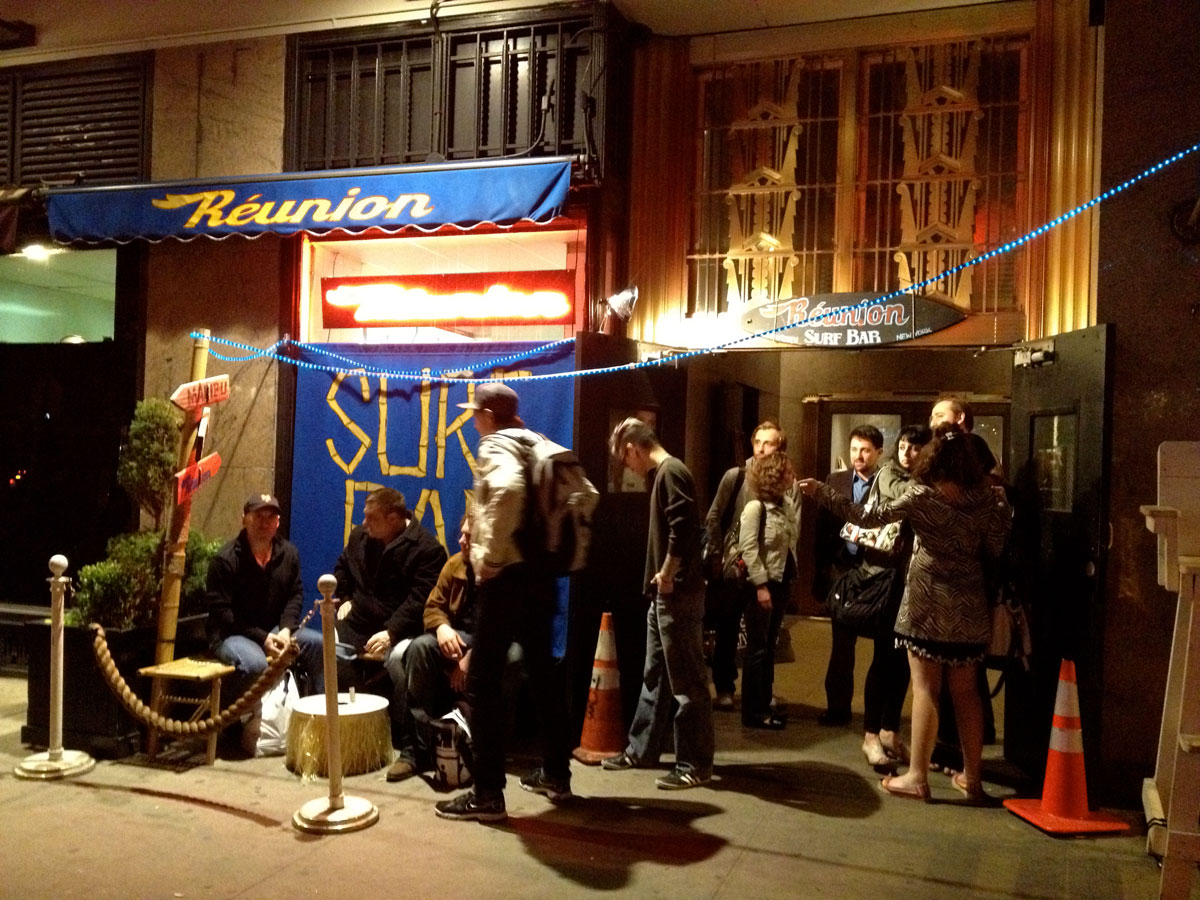 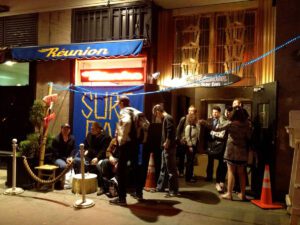 This joint may as well be called Spicoli’s Hut or Freddy Shoop’s Pad (that’s a Summer School reference, people!) The theme is all surf all the time, and looking at the bar’s website, they take this whole “be kind to others” surfer vibe thing seriously. It’s a wonder, then, that the music was so damn loud in their basement space that blood practically shot from my ears, as they were assaulted by what I can only imagine were their mellow vibes — dude. Now having grown up around a bunch of surfers, I’m not certain a basement in Hell’s Kitchen would exactly tickle their fancy or inspire the culture to which they all seem so tied. And, yes, there is some bamboo and some rattan and there are drinks with coconut and fruit juice on the menu (and perhaps even some fish tacos), but all of this window dressing can’t really make up for the fact there are in fact no damn windows. No matter how much I wanted to pretend the stoned Eddie Vedder-looking dudes sitting outside the bar up at surface level smoking cigarettes in an impromptu tribal council represented the island feeling of the place, the crosstown buses, ogling tourists and the generally artificial vibe of the downstairs space itself left me praying for solace somewhere, anywhere else. [MF]