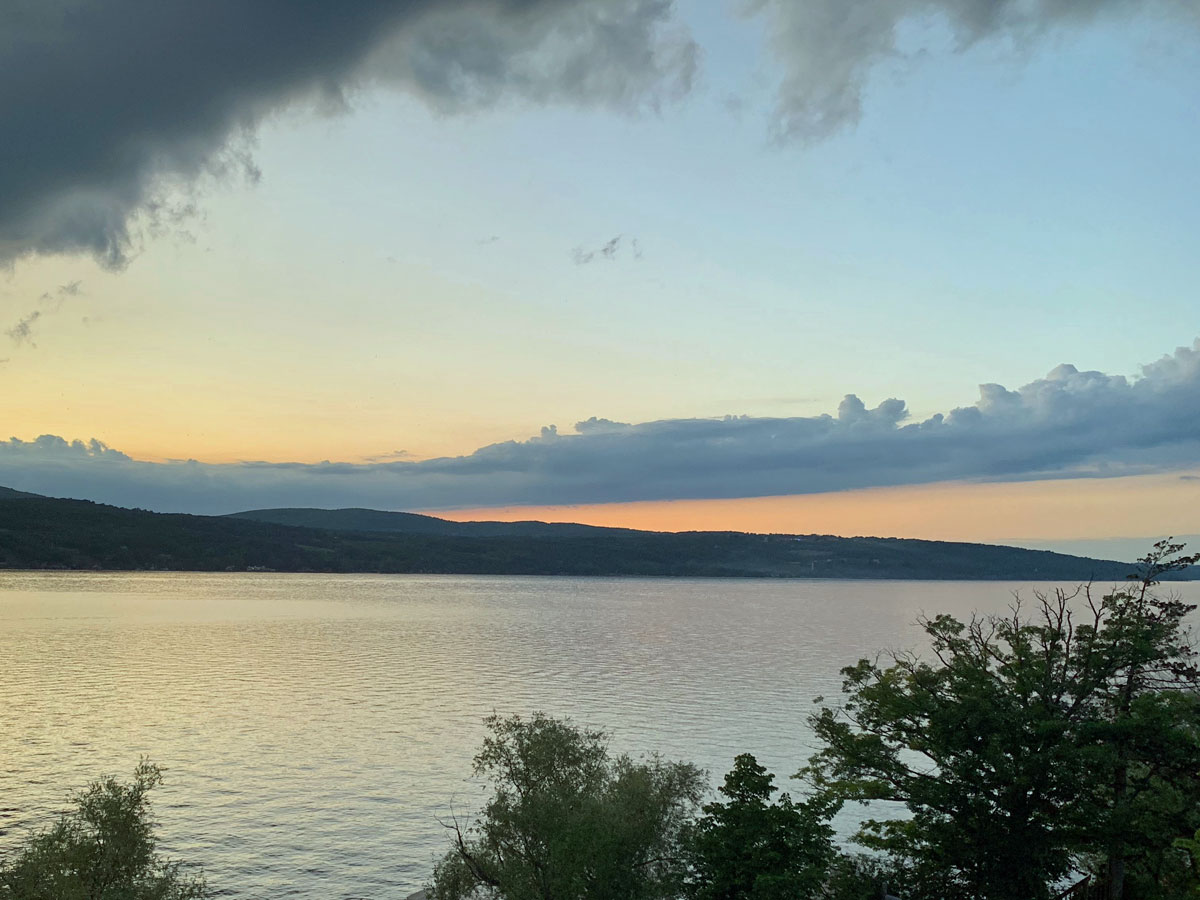 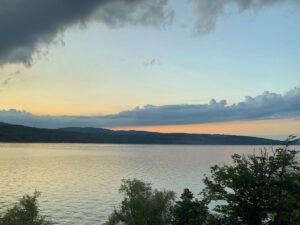 Canandaigua Lake is one of eleven of New York’s Finger Lakes. You’re probably wondering why they call them “finger” lakes if there are eleven of them? I suppose it’s because they’re mostly long and relatively skinny, kind of like fingers? This beats my original take that someone in the Finger Lakes Region tourist office was a big fan of the somehow-worse-than-Nickelback, Canadian band, Finger Eleven. I’m not certain how Ms. Hipster chose this lake over the others, but it is the fourth largest of the lakes, bookended by the town of Canandaigua on one end and the originally named Naples on the other. By the way, Upstate New York is replete with towns named after cities and historical figures from Italy and Greece. Including the actual town of Greece. And Rome and Syracuse and Cicero. And don’t get me started on Mexico, NY. 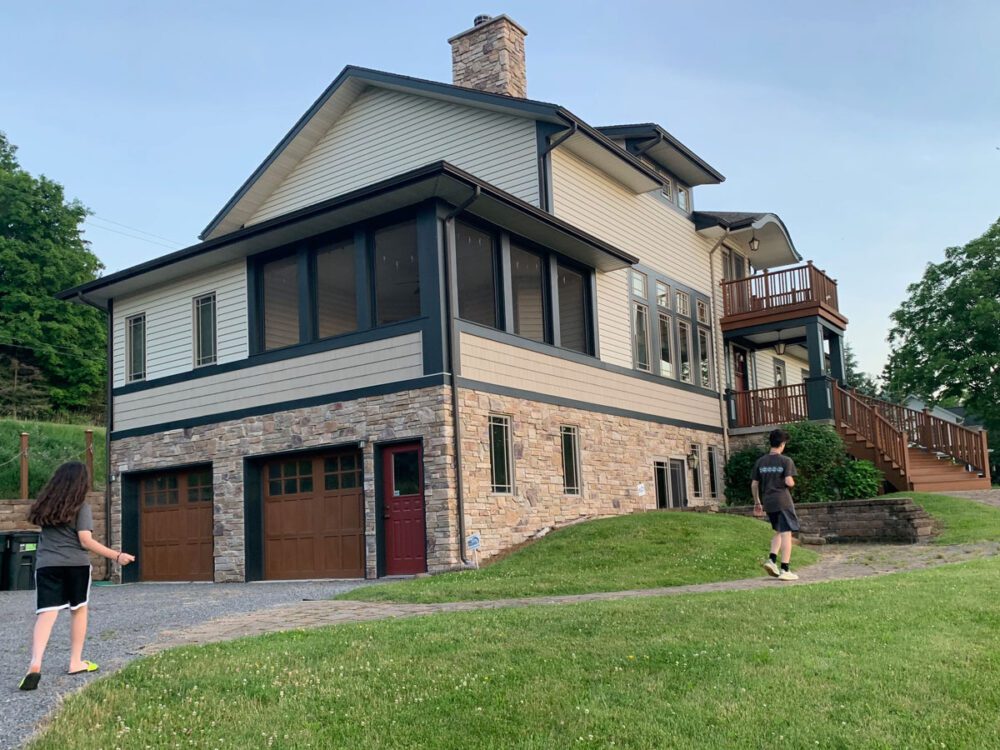 Ms. Hipster did her homework and found us a pretty excellent house on Vrbo (which is apparently pronounced “verbow” now). It was certainly larger and more modern than most of the houses around it, but it fit five people (Hipster Father-In-Law joining the clan) perfectly and provided good living space. We cooked, we grilled, we might have had a few beers. Everything you’d expect from a fully-stocked house, including wi-fi, ping pong and a Sodastream. There was even some frozen deer meat in the fridge. Which seems to be a thing Upstate.

But the real draw is the private lake-front space. Crossing a small road (on which like two cars and two golf carts pass a day) and walking down a bunch of stairs brings you to a private dock, private beach and maximum chill. They even have a little structure with a full-sized fridge so you don’t have to go all the way back up to the house to get a cold one. Also supplied are kayaks and a stand-up paddle board to go out on the lake. A Jet Ski would have been super-awesome, but I imagine the maintenance and insurance on something like that might be prohibitive. We’re not the types to bring our own. The whole thing was very serene, with the occasional speed or party boat driving by. But otherwise all there was to do was paddle or sit and read a book. 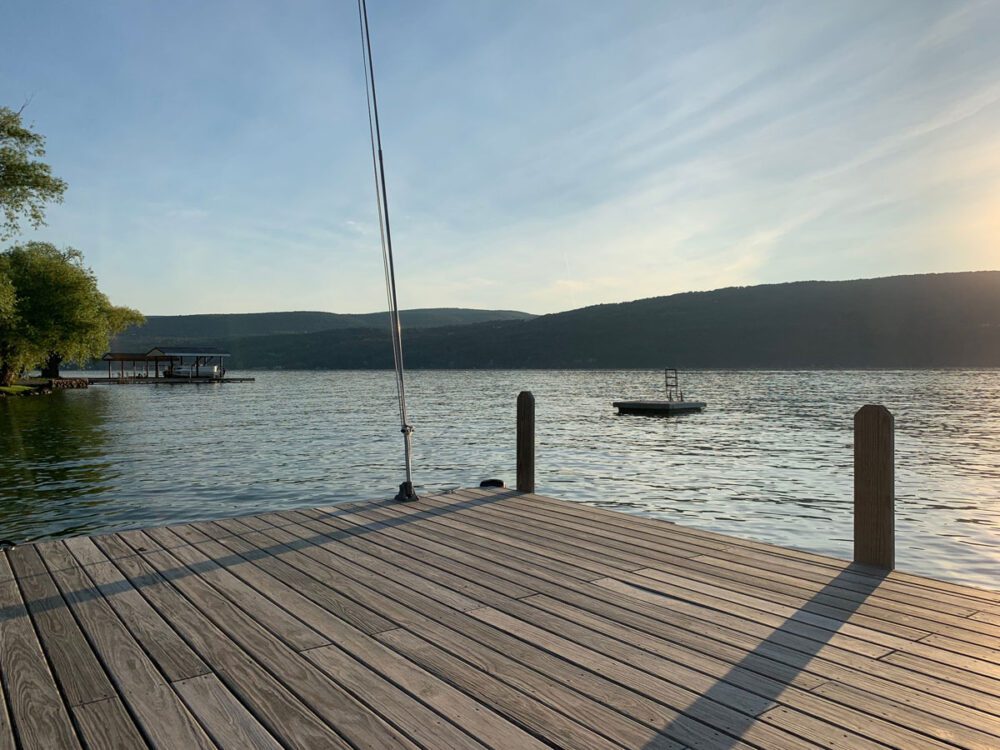 That was until Hipster Father-In-Law’s generous friend came by and brought a couple small fishing rods for Jr. and Jr. Jr. Not a fisherman myself, it was fun casting out into the lake with little to no thought that anyone would ever catch anything. Especially considering the novice status of all involved and the fact they were fishing with what amounts to little rubber fish-looking things that came with the poles. And then things got way more exciting. Hipster Jr. Jr. hooked something through the face — and it was pretty cool looking. Google tells me it’s a Pumpkinseed, but outside of tuna, salmon and various other plated fish, I know next to nothing. 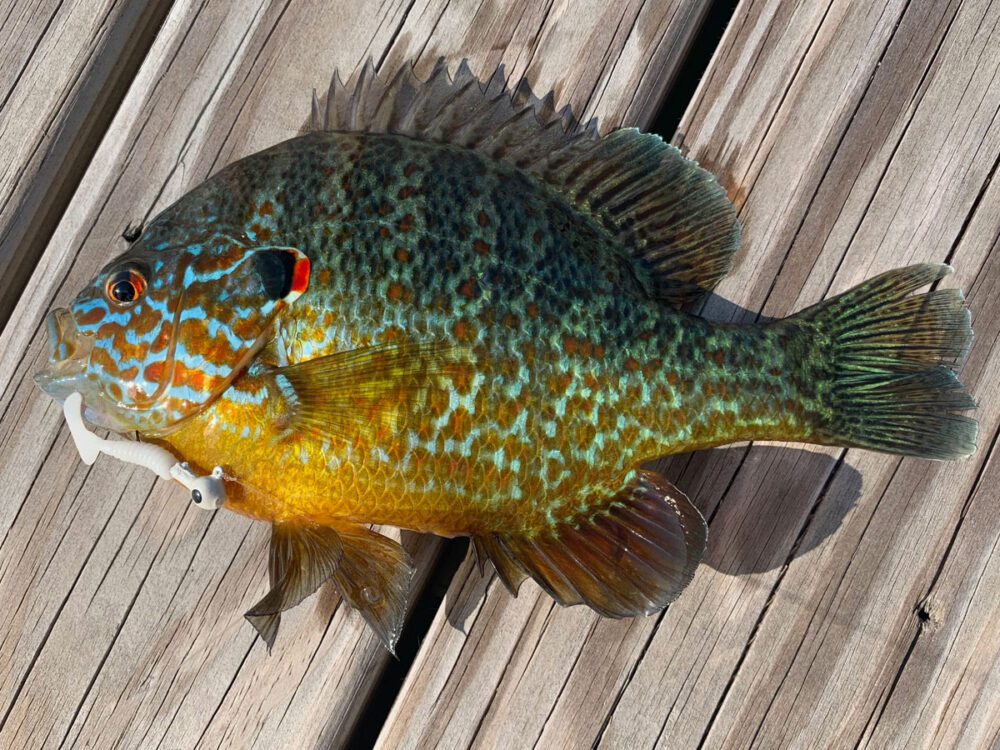 I’m a guy who grew up a couple miles from the ocean and have always thought of lakes as essentially open sewers and/or bro-ski douche pits, but this may have changed my mind. It’s no Lake Havasu, if you know what I’m saying. It’s tranquil and the water is inviting. I sat in a kayak for the first time in my life and rather enjoyed it. There’s less pesky sand than on a beach and the sunsets can be just as beautiful. Plus there just seems to be more shade options than on a beach, which is good for those of us whose skin color essentially makes us combustable. Anyhow, this area may not be convenient for everyone to get to or to enjoy, but if you’re a NYC-adjacent/Upstate dweller looking to get the hell out of the rat race for a few days and just get back to sitting around, taking a dip and partying like it’s 1946, this isn’t a bad choice.