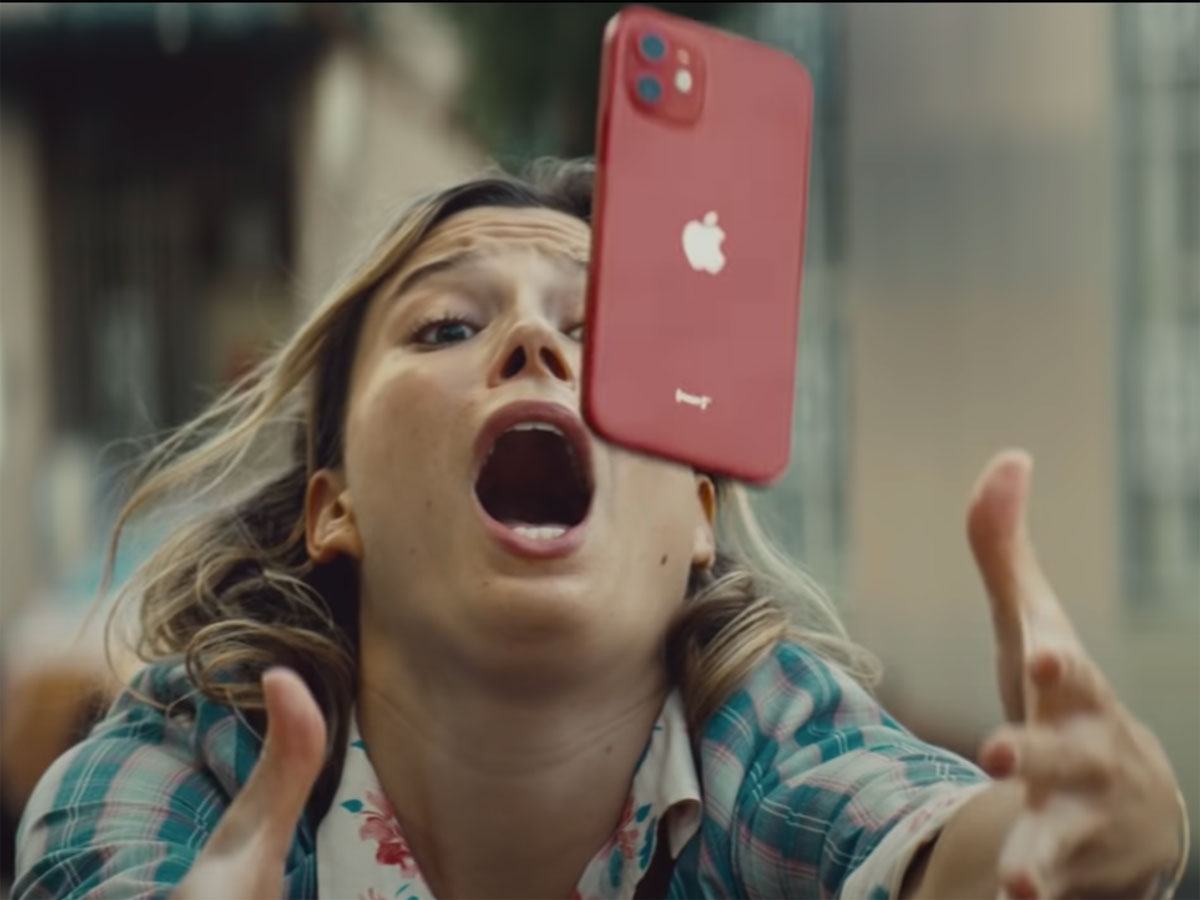 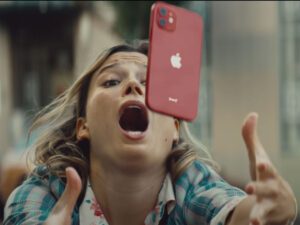 Have you ever been in a room where the entirety of the human population all cringe at once? Well, this commercial has that effect. Followed closely by a scramble and a bunch of hand-fighting for the remote to flip away as quickly as possible from the horrible racket that emanates from this absolute disaster of an advertisement.

It seems Apple has lost some of that magic. Or gone off and hired some sort of clown shop to create their commercials. At the heart of this one is the most agitating snippet of “music” I’ve heard since “How Bizarre” by OMC. It’s called “The Conference” and it’s by Nitin Sawhney. This Sawhney fella was clearly contracted by Satan himself to pen this composition, which brings together all the most annoying, irritating and combative elements of “world” music. And then sticks it right in your eye. It’s a jarring scat-like thing audibly on par with a stuffy cat licking its own asshole.

I suppose the purpose of this piece is to tout the unbreakable screen of the new iPhone 12. So they take a situation that we’ve all been in — fumbling our iPhone in a moment of panic — and exaggerate it over the span of twenty or so seconds. I get it. What I don’t get is this woman’s absolute inability to hold onto her phone. Not only does this incredibly awkward-looking juggling act remind all of us with iPhones just how damned slick and hard to hold onto iPhones are without a case on them, it also brings into sharp relief that maybe carrying around a $700 micro-computer made of glass in our hands while we walk down a sidewalk isn’t the best idea in the world. It would be like Ford advertising the Pinto driving down a street, almost getting rear-ended 57 times and then the driver exerting a deep “whew” when the last car finally nails him and he doesn’t explode. Remind the consumer of your design flaws and vulnerabilities and then tell them that it’s cool, we put a thicker bumper on the thing so it doesn’t self-destruct.

Also, what the hell is this move? I mean, why would you go from trapping the phone between your wrists — which is a really bad choice to begin with — to purposely dropping the phone… 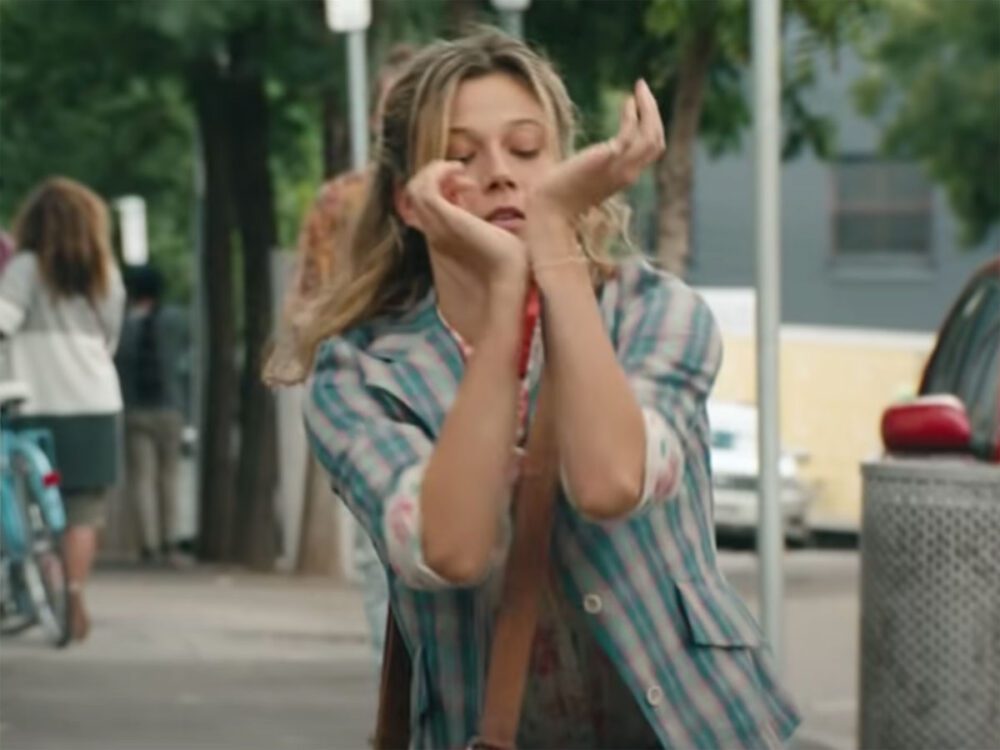 To try to like a soccer volley the thing off your thigh and back up to your head, maybe? You’re not fucking Pelé. 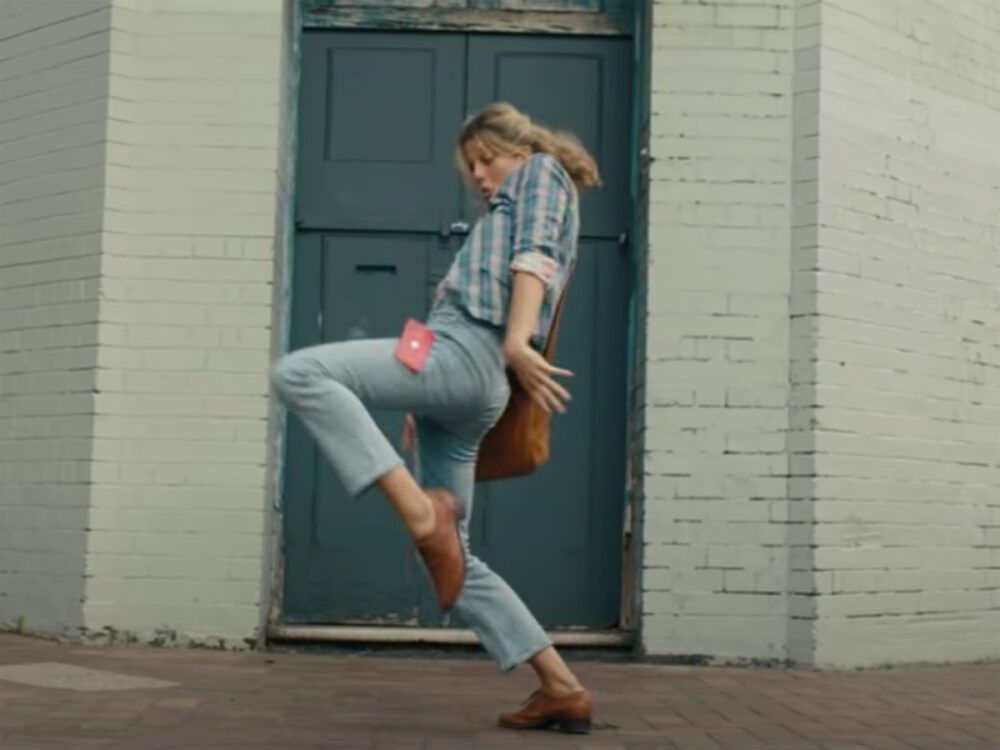 But way more egregious than this lady’s sheer ignorance about how catching and gravity works is the choice by the spot’s directors to prove the strength of the phone’s screen — which is, once again, the point of the whole commercial — by making the thing land on… sand! Not the brick-looking sidewalk, or the street, but a nice, soft patch of dirt. Why not have the thing find purchase on the back of a passing goose? Or the gentle curls of a small child? Or even the friendly confines of a fold of flesh of a girthy bench napper? Seriously, though. This undoes the entire point of this entirely horrendous commercial. 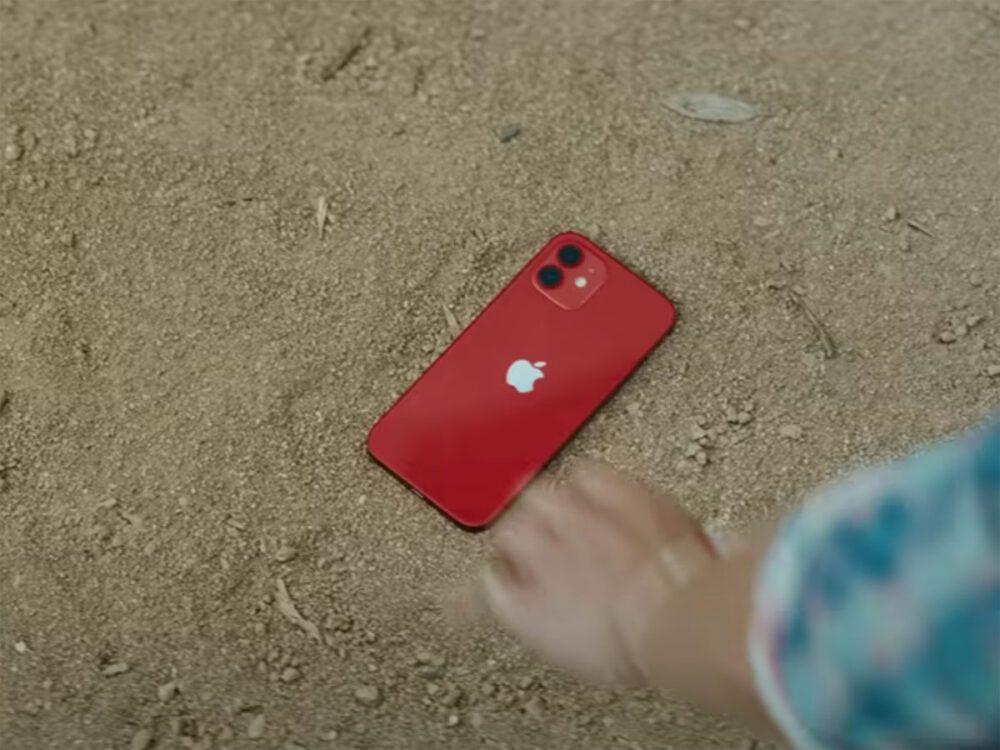 See for yourself. It’s the magical iPhone that can resist a three-foot fall into a planting bed. Yay for Apple. Yay for technology. Boo for us.