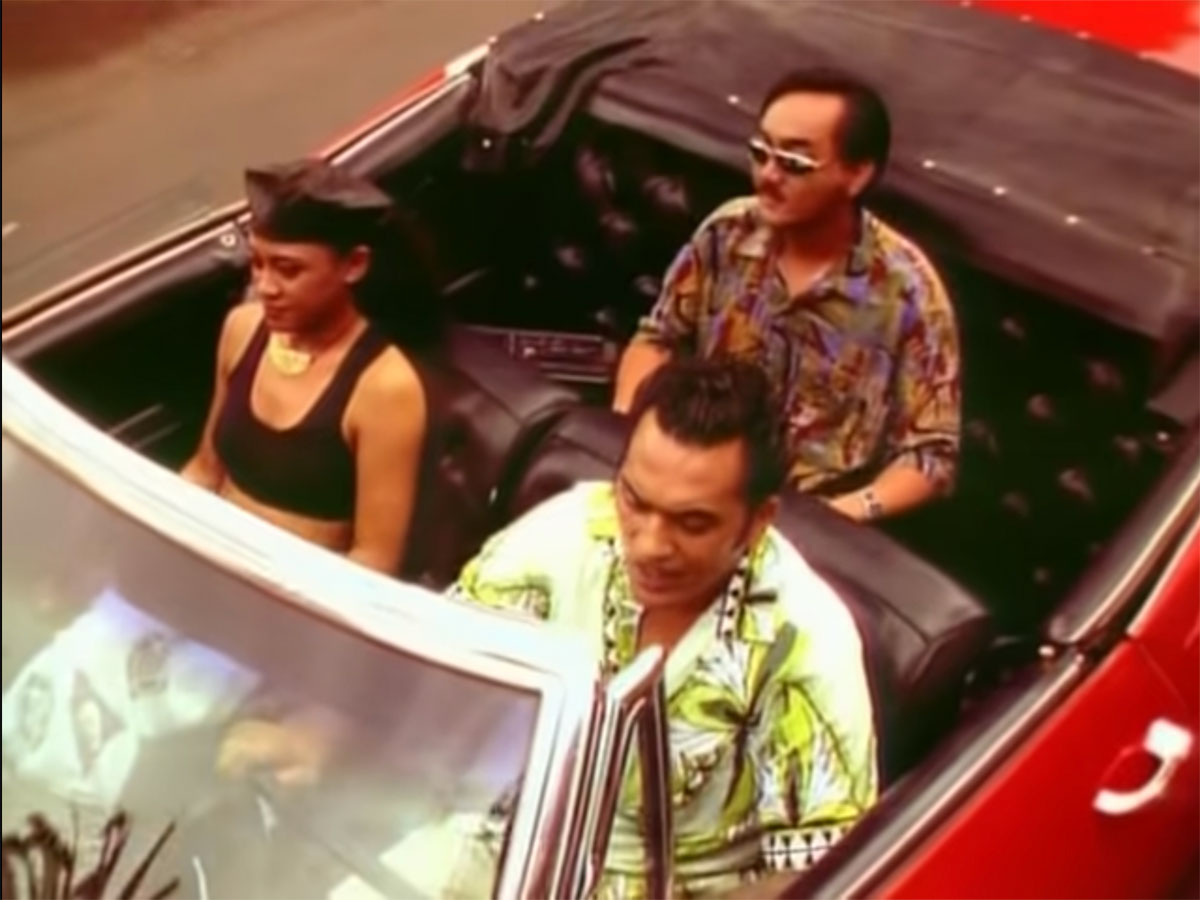 In Defense of: OMC’s “How Bizarre” 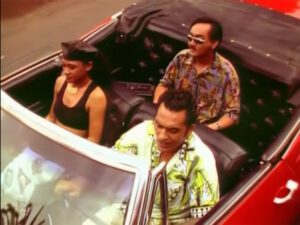 This one is for Ms. Hipster. “How Bizarre” was a song we derided for years since its 1995 release. We had just moved to NYC at that point, but it wasn’t until a couple years later, in 1997, when this song ear-wormed its way into our drunken hearts. Somehow topping the US Top 40 in August of ’97, and spun as a feel-good tune at many terrible Upper East Side bars, this thing played on a loop on radio and DJ booths alike. And, of course, the video was on constant rotation on MTV — which used to play music videos back then. MTV, which was the HGTV of its day. The channel you could just have on in the background while you cleaned, paid bills, did crafts or dozed on the couch. So, if you left it on for long enough, you might see and hear this song in your apartment several times an afternoon. Hoofa.

It was so ubiquitous that it became an inside joke amongst a small group of our friends. Mostly my roommate, a couple of our other college friends, and, of course, Ms. Hipster (who wasn’t technically Ms. Hipster yet). It started off as something most likely fueled by alcohol, but just became a thing over the next couple of decades. Whenever the song came on at a bar or anywhere public, we would sing the “how bizarre, how bizarre” chorus to Ms. Hipster in our best New Zealand accent. Why? Because she absolutely hates the song. There are only a few other tunes I can think of that got her in this way. One being Matthew Wilder’s “Break My Stride.” And like anything by Primus. When the song would come on, she would cover her ears or run from the room if at all possible. So it was fun to irritate her with the occasional serenade. Until it moved into something more nefarious. When it just became a reflexive response to anyone uttering the phrase “how bizarre” to anything. And eventually to anyone even uttering the word “bizarre” (which was a popular word in the 90s) would trigger a sung version of this song’s chorus. It’s a sickness, I suppose.

Song aside, the video for this song is, by all measure, a total trainwreck. You have that nice cruising piece in the beginning, which was honestly the only part of the video I remembered before re-watching it a couple years ago. But, no, we get to watch Pauly Fuemana awkwardly dance in his ill-fitting suit with some background dancers on a weird, tiny set adorned with circus posters. And, yes, I know he mentions the circus in the lyrics, but I’m going to guess that those words were metaphorical and that he wasn’t just a big fan of Barnum & Bailey. Plus, and I don’t want to besmirch the dead, but dude looks like the Dwayne “The Rock” Johnson before picture. It’s uncanny. It’s a terrible, terrible video. And somehow added to Ms. Hipster’s absolute revulsion when it came to the song.

This all led to a couple decades of me quickly changing radio stations in the car when this song came on. You’d be surprised how often stations will play one-hit wonders from the late 90s. The song would start with its little tropical guitar riff and I could immediately see Ms. Hipster tense up. Until… recently. Something either snapped in her, or perhaps she’s just nostalgic. But with her Sirius XM subscription, she’s exposed to all sorts of music that wouldn’t traditionally come to her on terrestrial radio or on demand services like Spotify or Apple Music. And that consumption seems to revolve around a lot of music from the 90s. Which means exposure and re-exposure to OMC’s “How Bizarre.” Because if we’re to be transported back to that time, this is part of it — for good or for bad.

In Ms. Hipster’s case, that exposure has somehow softened her stance on the song. In fact, so much so that on a long road trip, I was asked not to change the station when the song came on. I almost steered into oncoming traffic. She looked at me sheepishly, “I kind of enjoy this song now…” My first thought was aliens. Aliens had indeed replaced my wife with someone more tolerant. More okay with tropicalia, or whatever this Mexican-horn-tinged song’s genre is. And, you know what? For the first time in a very, very long time, I listened to the song all the way through. Having only heard the first ten or twelve seconds for the past twenty years. And I, like Ms. Hipster, was in. This song — despite what the subject matter may actually be — is pretty darned catchy and tuneful. And uplifting. It makes you want to do that thing where you stick your arm out the car window and let the air turn it into a wave (aka the “rollin with my homies”). It’s a vibe.

Reading about Pauly Fuemana actually makes me more sympathetic to the plight of the man and the band. And reading about the abject poverty from which he rose gives the song’s seemingly inane lyrics new meaning. Seems they’re not just out for a joyride after all. And that video? It cost $7,000. Which is only about $12.5k in 2021 dollars, so still a bargain. But still pretty damned terrible. Although, now with our renewed appreciation for this strange, but bizarrely unique tune we can understand why it and the song will live on, even if its creators haven’t.