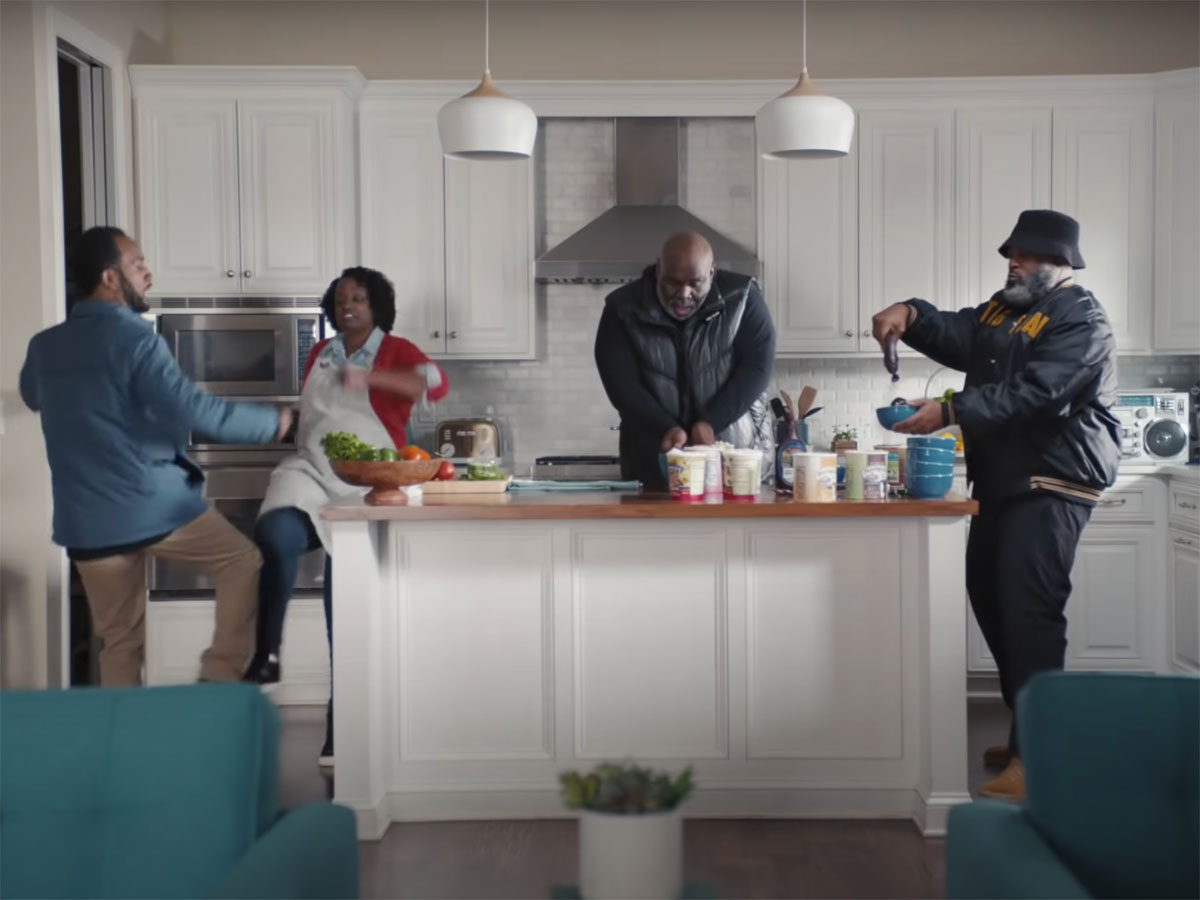 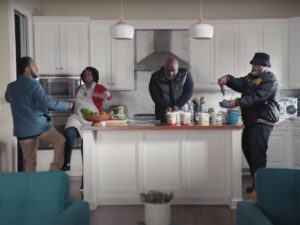 We’ve been watching GEICO limp along with that stupid Gecko for what feels like a million years at this point. So why not try something different and aim straight for the Gen X sweet spot with the big-dancing nostalgia of Tag Team’s 1993 smash cross-over hit, “Whoomp! (There It Is).” Not to be confused with 95 South’s similarly titled, but way more Southern, “Whoot, There It Is.” GEICO apparently knows its audience. An audience that doesn’t care about Australian amphibians. Or British reptiles. Or whatever that tired mascot is.

What we Gen Xers secretly crave in life is catchy party rap from the 90s. And as a generation who both need home and auto insurance and have children who are just now hitting driving age, GEICO is, with this commercial, appealing to both our nostalgia and our childrens’ embarrassment over our nostalgia. Because they consider our nostalgia corny shit. All of which plays out in this fun little slice-of-life view into your typical family situation. And random celebs showing up our kitchens. Which, oddly, seems to be a thing that happens more than you’d think.

To add to the musical nostalgia, the creators of the commercial also bring in my total senior-year-of-high-school-freshman-year-of-college dance move, the Kid ‘n Play. And, let me tell you, that shit worked like a charm at proms and frat parties. Of course that was only when I had a partner with whom to bump feet and lock ankles. Otherwise I was totally doing The Running Man with the single, and sometimes the double, hand wave. Granted, I was often times drunk, so perhaps it worked less than I thought it did. Because who doesn’t love a sweaty white boy doing his best trendy hip-hop dance? Those were lonely times.

But despite my groovy moves not working, I have fond memories. Fond memories that make Hipster Jr. and Hipster Jr. Jr. roll their eyes all the way back in their heads. My tales of splashing around on beer-soaked linoleum between spinning hip-hop CDs at open frat parties. Tales probably not appropriate for a teen and tween, but I’m not much of a parent. Just like Tasha (Nicci Carr, who looks to have been in an episode of the Atlanta!) in this commercial. A woman who is apparently making dessert before school in the morning. And allowing two strange men to touch said food. I mean, rather than run, she starts doing her mom moves and really getting into it. Not exactly parent of the year material.

Because the entirety of the cast has no lines, they must all face act. And all three — mom, dad and daughter (Amathyst Davis, who was also in an awesome episode of Atlanta) — just give the perfect looks. Mom, at first doesn’t know what to make of these two joyous men doing a Weird Al ice cream-themed “Scoop! There it is” version of their iconic song in her kitchen. But then as soon as she realizes these are two of the friendliest-looking dudes you’ve ever seen, and it clicks in that they’re hitting her 90s pleasure center with their music, her demeanor changes, and she’s just over the moon about it. Enter dad and daughter, who look to be getting ready to leave for work/school. Dad has the same look as his wife, Tasha, first had. But, just like her, is soon overtaken with the joy being beamed into the world by these two men, who are apparently named Cecil Glenn and Steve Gibson. But, collectively, as Tag Team.

Their daughter, of course, sees her parents revert back to their 1993 selves and is appalled. She’s not used to seeing her parents footloose and fancy free. She hates the joy in their eyes. She hates the fun they’re having. She hates that she’s just a bitter, angsty teenager and her parents are actually enjoying themselves for once. Sorry, probably projecting a little there. But, mostly, she’s just disgusted at their childishness. Which is exactly what this song and this commercial conveys. Which is great. So instead of joining in, she realizes the absurdity of the whole thing, looks at her parents as if they’ve lost their minds and turns on her heels and jets. Just as a child would.

So, maybe it’s my bias showing. But I can’t help but smile every single time this commercial is on. And it’s on a lot. A love pun songs. I love party rap. I love the actors and the job they do in the commercial. But, mostly, I just appreciate the unabashed zeal with which this thing comes at you. Shit, when’s the last time an ad made you feel good? And not in a cynical way, either. I mean, there’s clearly an appeal here for a group of people with insurance money to spend. But I’m cool with it.