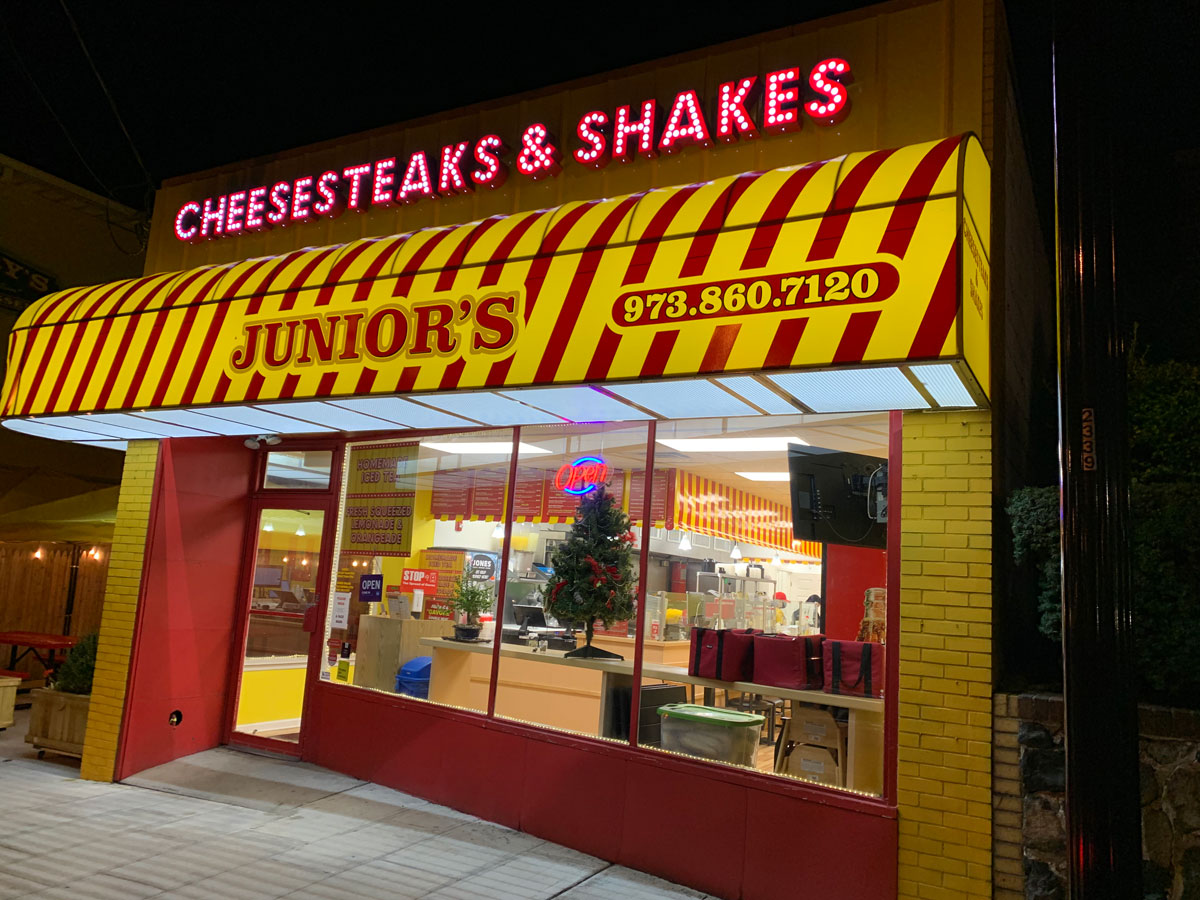 Well, sirs, just like McDowell’s vs McDonald’s, it ain’t our fault if people don’t know the difference between arcs and arches. And we are at least 20 miles from the closest of those stupid cheesecake places that nobody has ever heard of (besides Sean “Diddy” Combs when he made the Making the Band band walk all the way to Brooklyn to get him one of their “famous” cakes). We’re Jersey, baby. We don’t give two shits about trademarks and copyrights and whatnot.

Dubious naming rights aside, I will never complain about another cheesesteak and shake joint. And, based on the first and only steak I’ve had from there, they actually know their stuff. They even offer mushrooms as an add-on. Which, for some reason, seem to be verboten at most of the other steak places in NJ. They do the very traditional Philly-style steak with the default whiz, but as a Californian, I just can’t hang with that processed shiz. I go with provolone, while the rest of the family does American. Which, to me, is almost as bad as the stuff from the can.

We also tried the wings, which were fine, but clearly not their thing. They ate a little too soft for my taste. My only complaint about the actual sandwich was the meat and condiment to bread ratio. The roll was decent, but there was just too much of it. And definitely not enough funghi. I’m just happy they didn’t try to get fancy with it, though the prices would indicate that they did. Maybe these are new-business-during-COVID-time prices and they’ll come down once they’re able to establish their new business. But I doubt it. Meanwhile, it’s a nice safety blanket to have around when I’m fiending for the good stuff.