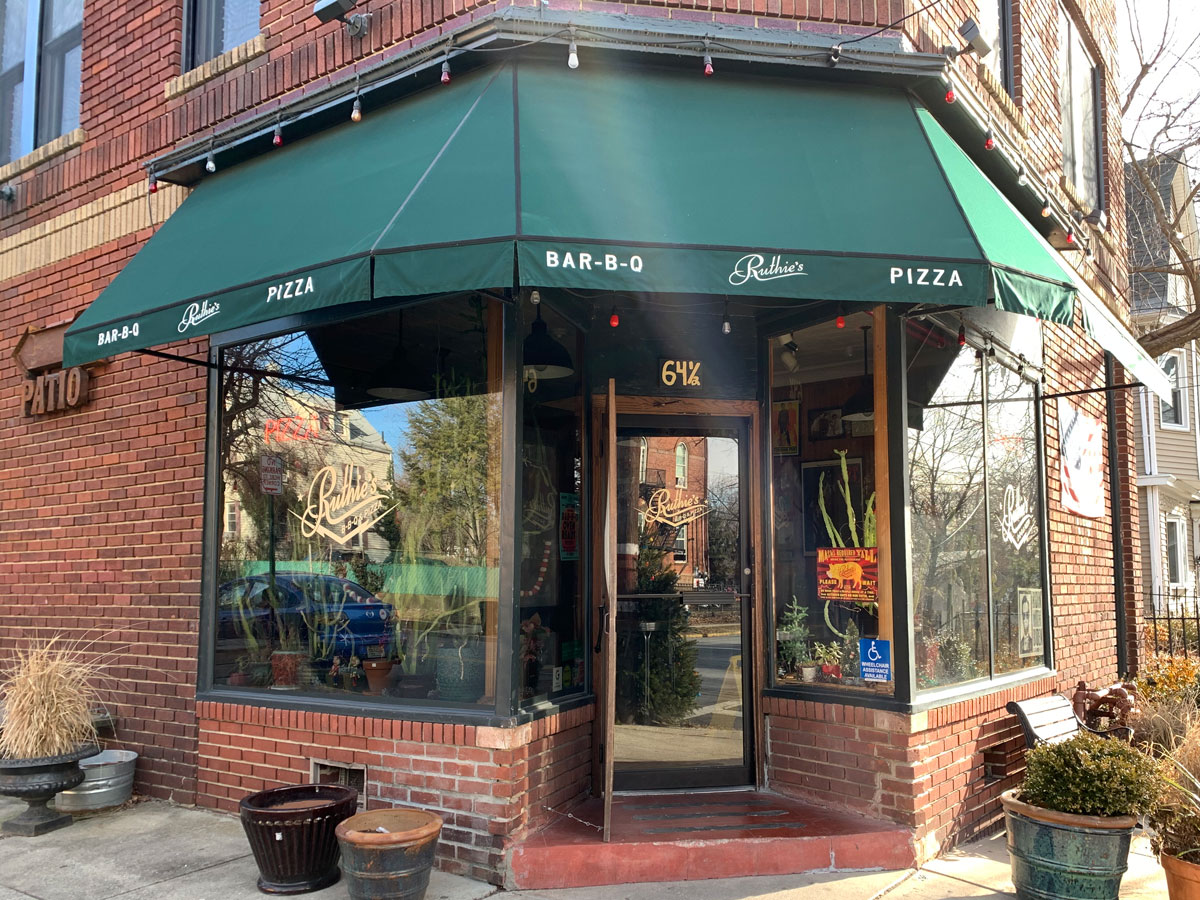 Barbecue is one of those words that just confounds me. Because it can also be barbeque. But, mostly it’s BBQ. Why the capitalization? No idea. Or you can go really far afield and do it the Ruthie’s way: Bar-B-Q. I mean, c’mon, man! Unless you look at their website, on which they spell it Bar-B-Que. You see where I’m going with this: the word is just confusing. And like the word, nobody can decide what constitutes barbecue. Wet. Dry rub. Whatever.

Thing is, I’m not much of a connoisseur of anything even vaguely Southern. I do enjoy me some pulled chicken and whatnot, but the closest thing to barbecue I grew up with were the ribs at the Tony Roma’s in Encino. The pizza was equally as bad in and around my childhood home, as we ate weird square pie with burnt cheese in semi-darkness at Barone’s in Van Nuys. This is all to say that I still don’t really know what “good” barbecue is, as I was told in college that Dinosaur Bar-B-Que was the shit. And then again, when I moved to NYC, that Blue Smoke was the real deal. I’m pretty sure those are not at all what any god-fearing Southerner would call authentic. Pizza, though, I had that covered.

So why would I think that some joint in suburban New Jersey would somehow be my barbecue savior? I wouldn’t. But it turns out, I don’t care a lick if something is how some dude in Tennessee thinks it should be. Ruthie’s doesn’t even really try to hang with those places. They’re not out there in the dirt with the giant kettle-looking grill thing. They’re making food for other dudes like me. City slickers who couldn’t tell their brisket from a pork belly. So when I order a pulled barbecue chicken sandwich, which comes unadorned on a bun, I’m totally cool with the nicely cooked chicken shreds soaked in a tangy sauce. It’s cool with me. The $14.25 for that not-big sandwich and fries is a little steep, but it’s on par with the area. The sides are decent and they have a good mix of menu items. The pizza is also pretty good. I’ve gotten slices, and they never disappoint. Ruthie’s is also right up the street from the local high school, so I imagine they get inundated with students at lunch just scarfing pie after pie.

But I suppose almost more than the food, Ruthie’s is known for the hang. They have an outside patio where, on nice nights, they’ll have live music. As patrons line the street at outdoor tables with beers and wine and whatever else they can carry. Shit, I’ve seen Ms. Hipster’s guitar teacher play in a band inside on a chilly winter night on one of the smallest “stages” I’ve ever seen. But thematically Ruthie’s is all about the tunes. The walls adorned with blues gods and other vintage music ephemera. Frankly, I’m not sure how pizza fits in with the vibe, but it’s Jersey, so pizza is always kind of part of any non-Asian eating establishment. Well, pizza, and mozzarella sticks. Which Ruthie’s has, of course, because they’re basically the official dish of New Jersey. In fact, I’m surprised we don’t have them on our state flag, along with a little cup of marinara. Pure class.

Anyhow, Ruthie’s pleases the kids during the day and the adults at night. That’s a powerful one-two. When it’s crowded, ordering can be a little intimidating, but I’ve never failed to have a good time and a decent eating experience in my multiple times hangin’ with Ruthie.