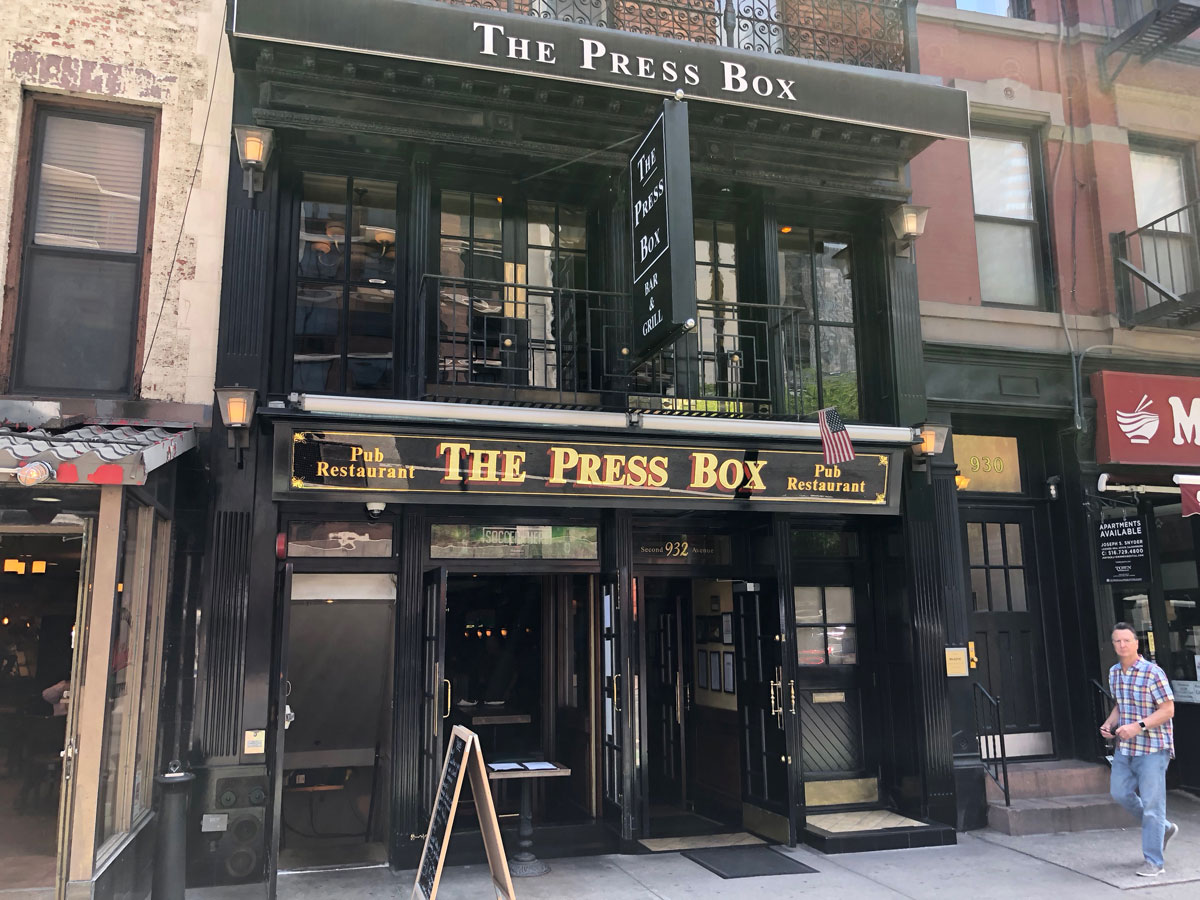 I’m not certain it’s a fair assessment, but it’s a realistic one: The Press Box has at least 24 doppelgängers in Midtown Manhattan alone. Irish pub-like bar/restaurants so similar that if blindfolded and walked into a succession of all 25, you’d swear they just walked you outside, spun you around and walked you right back inside the same joint 25 times.

Like the others, The Press Box is a narrow pub, windowless save the front door. Decorated in dark wood and top-shelf Home Depot sconces, it feels a little like a rehabbed OTB. That may have something to do with the Irish pub / sports bar hybrid, which tends to attract not-so-dry drunks, dudes who like to read the newspaper at the bar (for some reason) and European tourists who should know better. Now, I don’t fit in any of these categories, so I suppose it also gets the occasional runoff of afterwork nudniks who happen to either reside in the neighborhood or are too lazy to find something outside of a few blocks from the office. But it’s dim and claustrophobic, just like the other 24 bars that thought this setup was a good one.

Let’s get this straight: there is absolutely nothing wrong with this place. It’s just generic to the point that their email per their Facebook page is an @AOL.com address. Sure, I think they have some sort of “journalism” theme to separate themselves from, say, O’Whatevers or McSomethings. But it’s a theme without commitment or result. Shit, I went to a Press Box Grill when I was in Dallas, and I still have no clue why that was called what it was called either. Maybe because they also played sports on TVs while serving you food and alcohol? Granted, at least they tried with their beer list and didn’t charge $18 for a regular cheeseburger. This NYC version, not so much. Anyway, if you don’t mind the feeling of slightly exhausted déjà vu and a relatively tired list of booze and grub, I suppose you could amble on in and pretend you’re in Texas. Or just get out of this neighborhood and save yourself the eyeroll.