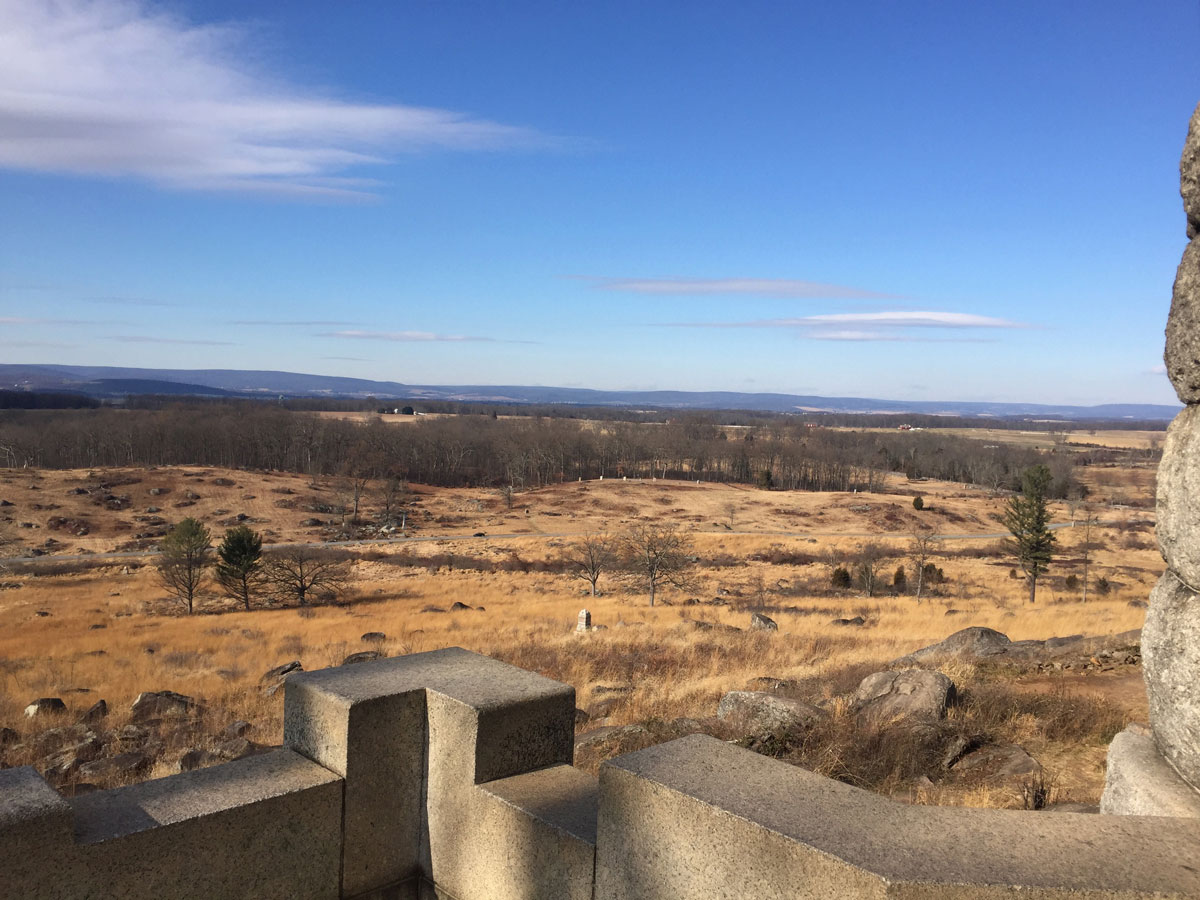 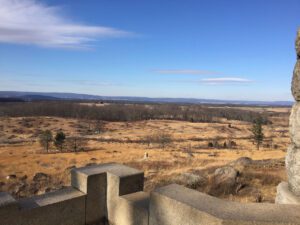 I believe the last time I was in Gettysburg, PA was on a teen tour that left Los Angeles and meandered across the US and Canada, stopping at places of significance and higher learning. It was summer and I recall sitting on a battlefield somewhere being shown a medical kit that included a saw that was used to hack off Union soldier’s injured legs. Things honestly haven’t changed a whole lot in the intervening years, though coming to the barren battlefields in the dead of winter was a less-wise choice than even I could have imagined.

As Ms. Hipster is wont to do, she rented a house in downtown Gettysburg. Like literally on the main drag where cars zoomed by during the day and what seemed like every truck in the Northeast zoomed by during the night. The house — The Barclay House — was old. Not as old as the area, but certainly in the 1890 vintage as advertised. And while she wasn’t looking for a “haunted” house per se, the description on VRBO claims “paranormal investigators might enjoy their experience here as well!” Owned by the bed & breakfast up the street, the joint was as advertised, both comfortable and just the right amount of spooky to make Hipster Jr. and Hipster Jr. Jr. fear going downstairs for water after lights out.

So, food. Of course we had to eat, but what to eat in a town that’s not exactly known for its cuisine? Well, we had a kitchen, and it was colder than I ever want it to be, so we limited our hanging-out time — at least when it came to wandering around looking for grub. Honestly, we only had a couple days to spend, so we planned our first lunch at the Dobbin House Tavern. I’m not sure which is older, the 1776 restaurant/pub or their website, but the underground, stone-walled, rough-hewn-beamed tavern does definitely feel like something straight out of a movie about a bunch of grizzled, mead-drinking dudes in pantaloons and cherry tobacco pouches. Personally, I had a Tröeg’s Perpetual IPA, a French onion soup that had meat in it for some reason and a beef sandwich that also had beef in it. I don’t think the food is the attraction here, but it was definitely an authentic-feeling experience nonetheless. What wasn’t particularly authentic — despite claims on the paper menu we found in the house — was the “New York style” pizza we had that night from Antica Napoli. Now I don’t know what “Gettysburg style” pizza is like, nor do I really know what PA pizza is supposed to be, but this pie was about as New York as a snowmobile race. It was fine, mind you, but we were starving and it contained all the requisite ingredients one would find, including dough, sauce, cheese and a pepperoni or two. We hit up the Garryown Irish Pub the next day, which turned out to be a perfect choice for a freezing afternoon during which we could sample Irish whiskeys and drink my first smoked porter ever. The food was hearty (my burger was really delicious) and the owners/staff of the joint were actually Irish! 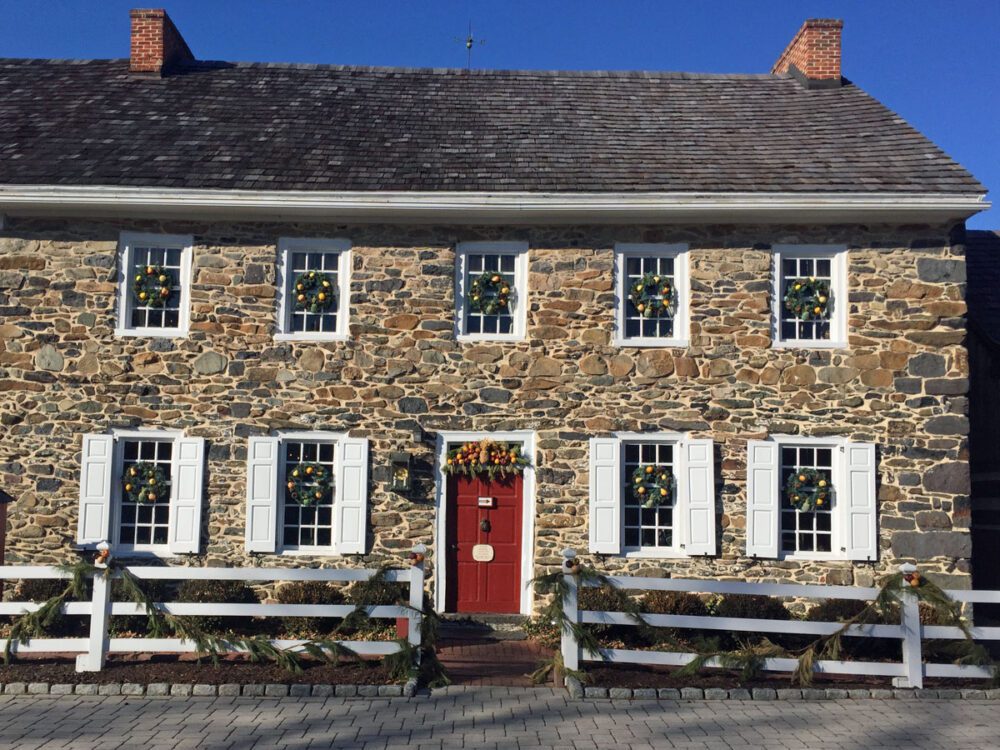 But we didn’t come to the site of a major Civil War battle to hang out in old taverns or drink beer with the Irish. We came because Hipster Father-In-Law loves this shit. Granted, he’s more of a WWII aficionado, but anything having to do with shooting and dying is in his wheelhouse. We started our Gettysburg adventure in the Gettysburg Museum and Visitor Center. It was a nice primer for me, whose last exposure to the Civil War was reading The Killer Angels in the mid-nineties (probably the last non-fiction book I read). The exhibits included films outlining the three-day battle and lots of artifacts from both the Union and Confederate sides (including that same saw I was introduced to in my teens). It was pretty informative and was definitely warmer than our next experience. That came the next day when we took the licensed guided bus tour of the battlefield. I was honestly a little put off when we started off in the bus tour company’s gift shop and experienced the anatomically-correct, confederate flag bikini shot glasses, various other horrible confederate tchotchkes and an odd assortment of Trump/Pence mugs and, oddly, a couple Clinton bobbleheads. Granted, the whole “there were good people on both sides” argument about the Civil War that seems to pervade is a weird one for me to swallow anyway. But, even though our bus driver was from Tennessee and the guide from somewhere with a drawl, he was super-knowledgable and handled an awkward confederate monuments conversation about as well as could be handled. Overall, it was a cool experience seeing the grounds and getting the vivid descriptions of the battle from a guy who knew his stuff. We got out to see the Eternal Peace Memorial (below), which included an eternal flame that we all wish we could warm our frozen hands over. 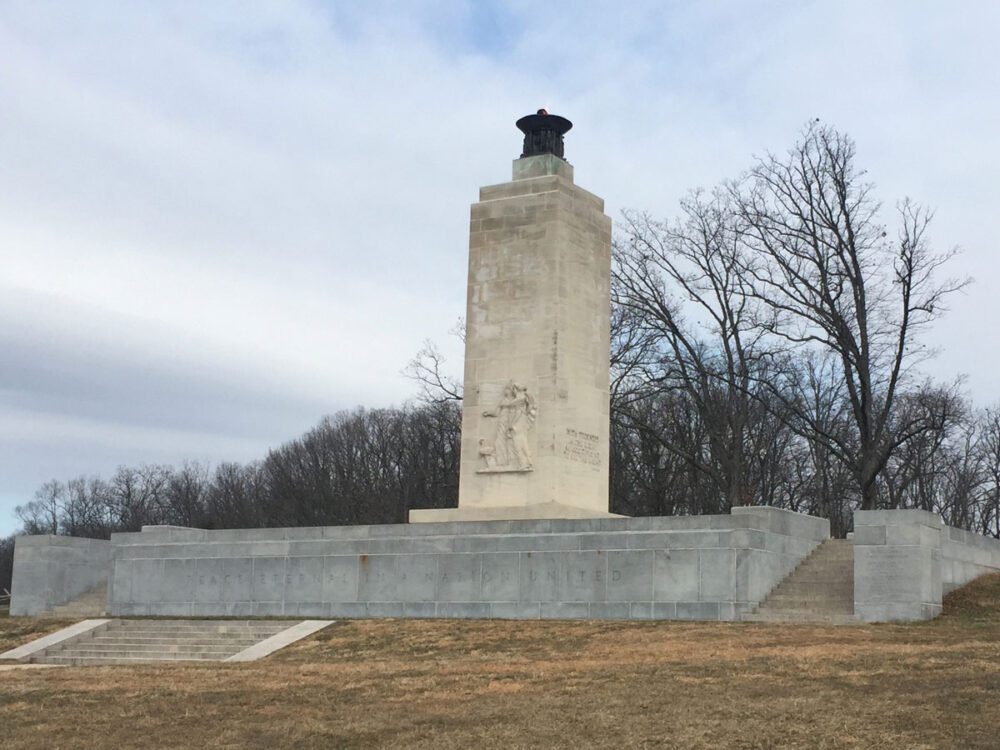 But the highlight of our days in Gettysburg was, of course, our ghost adventure. Or, more exactly, our paranormal investigation. Ms. Hipster did her research because she’s a good mom and knows that Hipster Jr. loves all of those Destination America shows about old asylums and haunted shit all over America. She booked it and we showed up behind an all-you-can-eat-buffet to meet our guide from After Dark Investigations. It was indeed after dark. And it was indeed really, really cold. Our investigation lead brought us over to his trunk to show us his ghost hunting gear. Most of it bleeped and blooped and glowed or flashed in some way that I didn’t quite understand, but Hipster Jr. recognized it all and was practically jumping out of his skin, he was so excited. Now, I’m not sure if Ms. Hipster thought about where we’d be doing our investigation (probably thinking some old house or other), but it turned out that we’d be spending the next two hours outside in below-twenty-degree weather in the one section of battlefield that we could apparently sit in without being thrown out by cops. It turned out to be about 500 yards behind the house we were staying in and right below the ominous-sounding Cemetery Hill where all sorts of people died. Anyhow, our guy was super-nice and very earnest in his belief of what he and we were doing. He had great stories and even Hipster Jr. Jr. and I (the two skeptics of the bunch) got into it and ignored our numb toes to have what turned out to be a great time out in nature surrounded by ghost boxes, EVP stuff and laser light grids. I can’t say I made contact per se, but I did get some response on one of the meter things from a soldier from South Carolina. Unfortunately I didn’t have anything substantive to ask him, as I realized I know absolutely nothing about South Carolina. And that’s just fine. 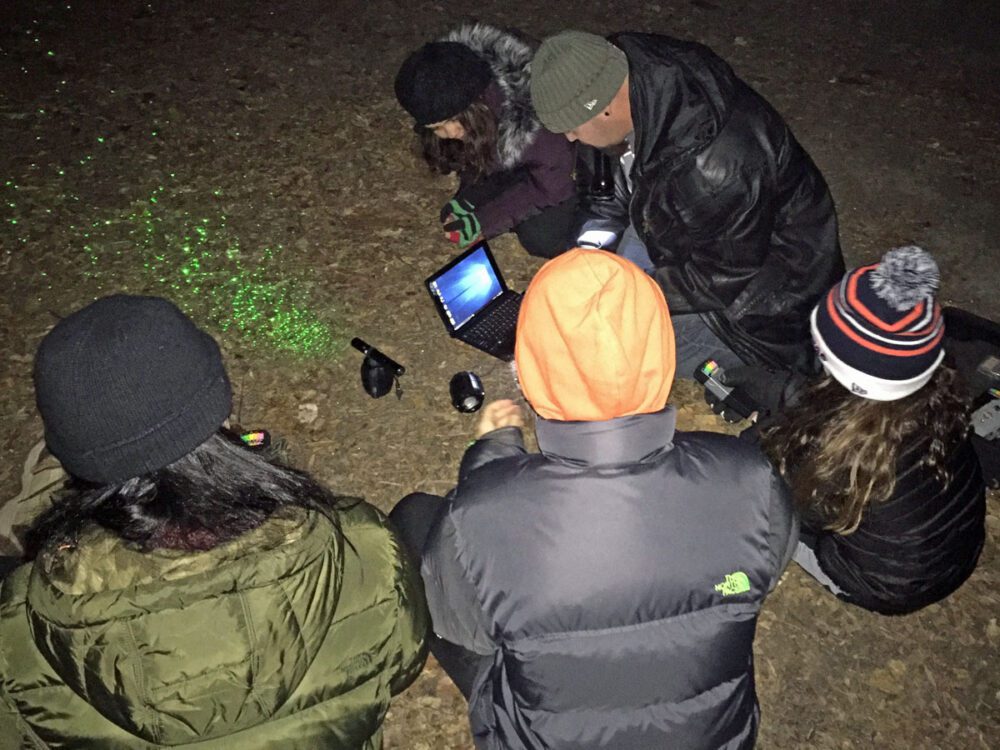