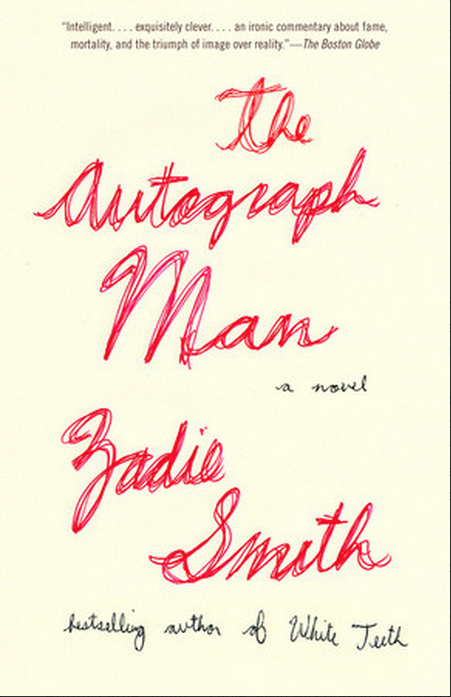 Some might call it a sophomore slump. I call it biting off more than you can Jew. Before you call Smith’s editor or the JDL, let me explain that I loved her first book, White Teeth, and that being one of the Tribe, I can say shite like that. I honestly have no idea if Smith is of Jewish heritage, but I’m going to take a wild guess and say no. Anyway, The Autograph Man is loosely based on Kabbalah–Jewish mysticism with tinges of astrology and tarot thrown in. Madonna and some other goys have gotten into the whole thing for some reason. As with her first novel, there is a varied cast of characters from different backgrounds (African, Asian and Caucasian in this case), but this time all with the Hebrew things as a binding force. Our main character, Alex-Li Tandem, is also part of another breed: The Autograph Man. These are men who chase the edges of fame through the signatures and mementos of the famous, semi-famous, infamous or otherwise publicly known by someone. Alex is somewhat of a drunk, a philanderer and a cheat. Granted, he’s still a good guy who misses his dead father. As with most post-modern books, Alex ends up looking for his parent in another entity. In this case, he seeks the ultimate prize in the autograph world: a signature from the reclusive, old-time actress, Kitty Alexander. He has been writing to her requesting and autograph since his father died–a death he never properly acknowledged or got proper closure for. His friends all want him to perform a Jewish ceremony that honors the dead and provides closure for family members. Alex spends the book running from this event and everyone he loves and loves him. His search comes full-circle, of course, and provides a reasonably satisfying ending. As is her strength, Smith draws very interesting characters, and fills them with humanity and soul. The peripheral characters provide the comic relief and fill in the cracks and history behind our protagonist. The conflict in the story isn’t as strong as it could be, and certain characters seem to fold a little too easily to sentimentality (mainly Alex’s girlfriend), but I certainly enjoyed the book and am looking forward to her third try at multi-cultural, religious and human issues.