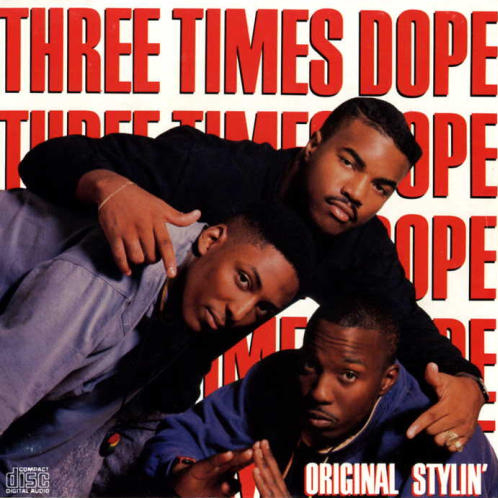 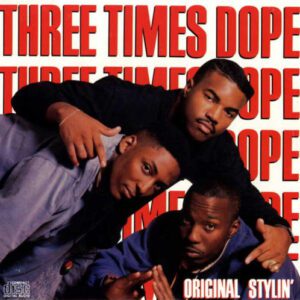 Sure, to you Three Times Dope was just the hip hop group from the eighties with the guy with a mustache and a really off-kilter Gumby haircut, but look beyond the braggadocio and the complete and utter disregard for the English language, as they made up awesome words like “acknickulous” and see what, for me, really hits on a great era of turntablism and MCing that valued the beat, hit it hard and made music that should have been more popular than it was.

This was, after all, before the days where street cred was everything. If you had a dope beat, tight rhymes and people could dance to it, you were golden. And this song has it in spades. That’s not to say this trio, with their smooth Philly stylings, doesn’t have the street in mind when they use words like “putang” and wear what look like prison outfits in the video for the track, but they were hardly out slangin’ or shooting or whatever it is that passes for cool. It speaks volumes that 3xD rapper EST (aka Robert Waller — no, not the author of The Bridges of Madison County, which would be super-weird/awesome) went on to write hit tunes for Beyoncé and Trey Songz.

Here’s just a small sampling of a couple of the awesome verses (even with the inclusion of a Swatch reference):

Hit you with the hardest, comin with the clarity
Skyin over suckers, defyin all laws of gravity
The style of my hair like a new wave afro
EST’s the unusual fellow

But you don’t have to take my word for it. Just watch the video and pretend you don’t want to do the Running Man with the single-hand (or even double-hand) wave.