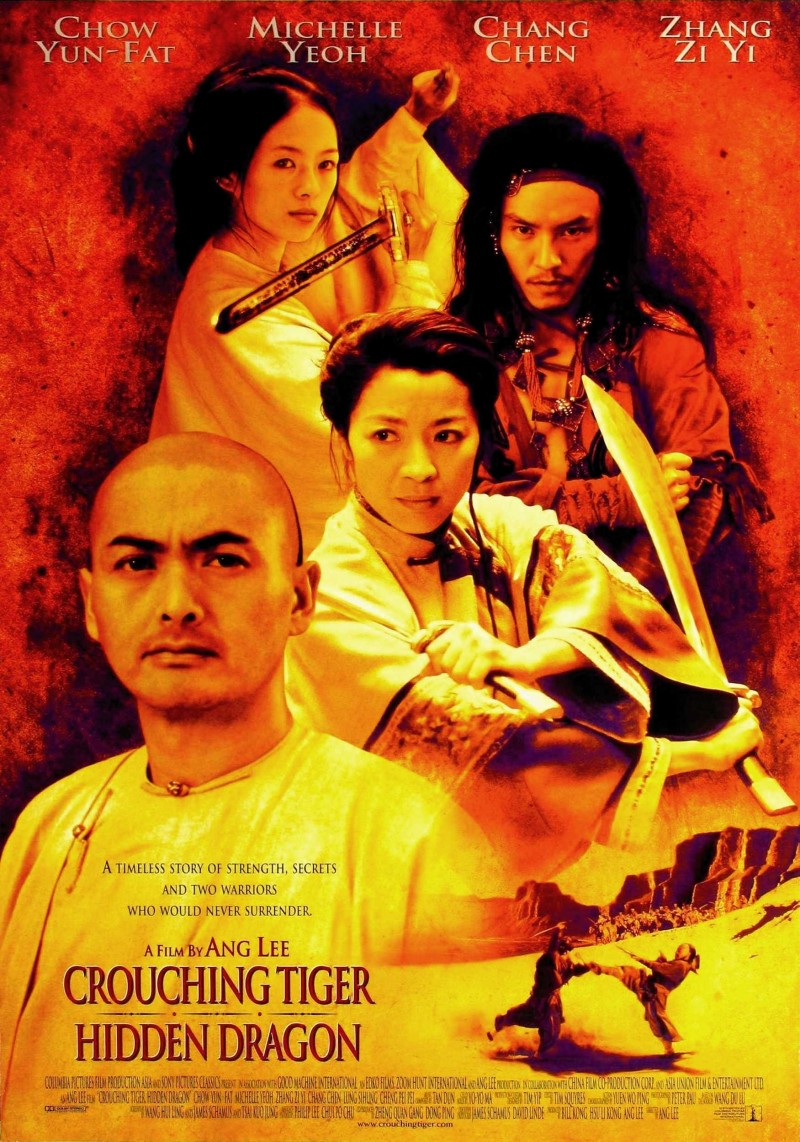 Sometimes it’s just a huge mistake waiting to see movies that have been heaped with praise, accolades and awards. I heard nothing but wonderful things about this movie before seeing it in the theater. I saw it win Oscars, Golden Globes and every other award out there. I heard people tell me about the amazing fight scenes, the great love story and the wonderful direction. I must say that I was a little disappointed. Yes, it was beautiful. Yes, there were some amazing fight scenes. Yes, Ang Lee did a commendable job. My only sore point is that nobody bothered to notice how stilted and corny the dialogue was. Granted, I’m sure a lot of things were lost in the translation, but maybe they needed to hire a better translator — or maybe a better screenwriter.

Films that are adapted from books are usually stronger on dialogue, being that they are taken from literary sources, but this one seems to fall flat. If this was an American movie, and the lead characters were spouting some of the drivel that came across the screen, we would laugh at its cheesiness. I know the movie is supposed to be mystical, and is a study of a different culture, but that doesn’t excuse the lack of actual emotion and heartfelt dialogue. I know people will disagree with me on that, so I’ll get off it.

Aside from this one shortcoming, the film was very cool. I heard different people and critics complain about how unrealistic it was, with all the flying and stuff. This is one place where the mystical, fairytale quality of the film completely justifies the lack of gravity and common sense. I don’t remember anyone complaining about a talking lion in The Wizard of Oz. I honestly can’t critique Yun-Fat Chow’s (Chow Yun-Fat) or Michelle Yeoh’s performances. I have no idea if they were doing a good job with their dialogue or not. I have read that her Mandarin accent was bad and his Mandarin pronunciation was laughable, but this is obviously not what audiences seem to concentrate on (think of Costner’s “English” accent in Robin Hood or New Orleans accent in JFK.) Of course, she could be speaking Thai, and I would have no clue. Anyway, the strongest part of the movie was definitely the fight scene between Yeoh’s character and that of Jen. It’s fun to see two women fly around smashing things. I’m surprised Americans liked the movie as much as they did, considering the very un-Hollywood-like ending. I am always happy when something not completely mainstream does well. Now if I could just get people to start listening to The Get Up Kids.