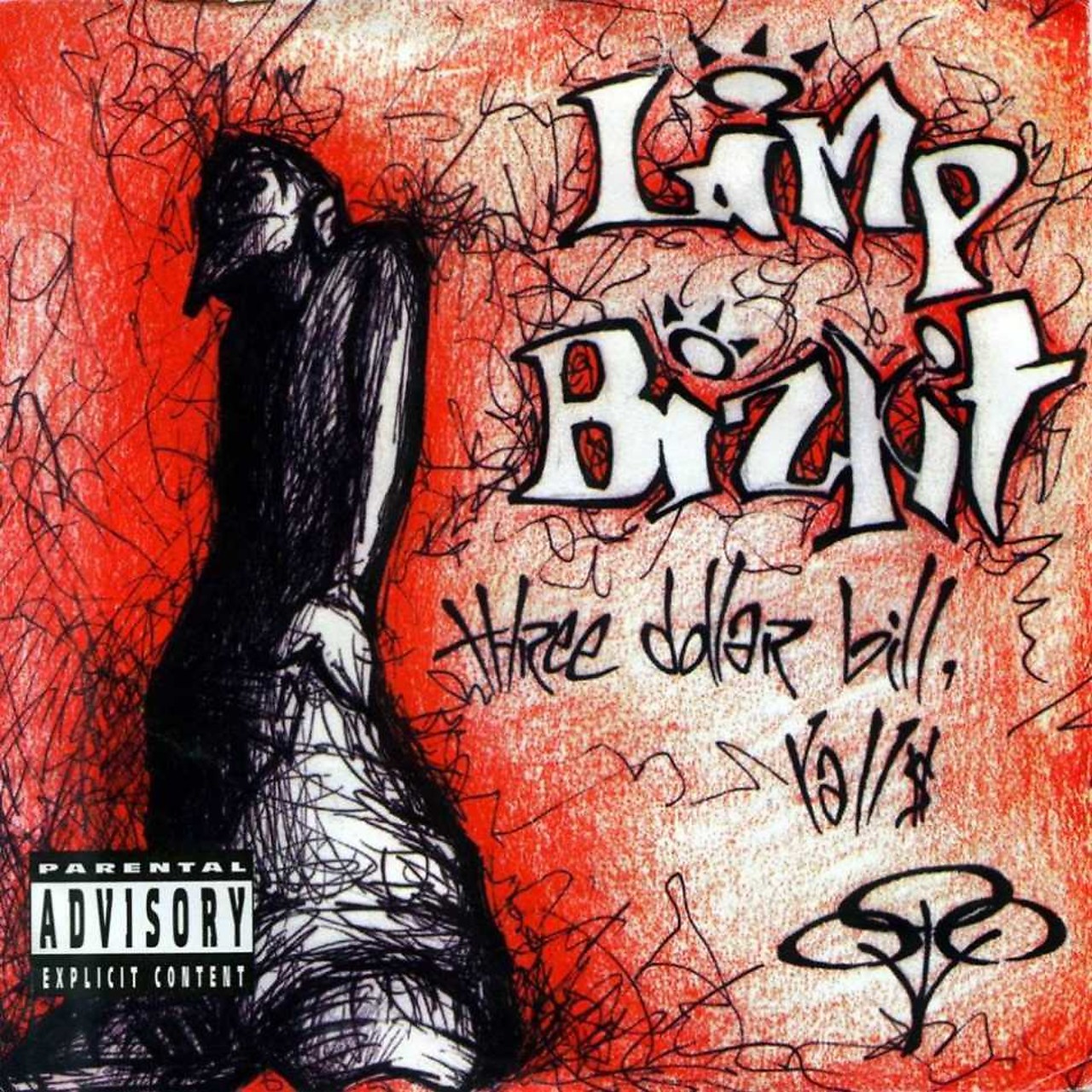 We Listened to Limp Bizkit and We Lost 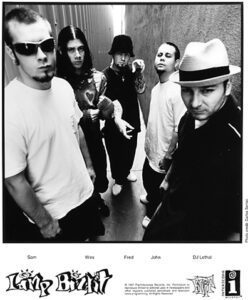 Limp Bizkit somehow plays into my past. I mean we all had to put up with Fred Durst and the obnoxious swarm of rapcore shitheads he spawned, but they actually and totally played into my everyday work life. I was a publicity coordinator at Interscope back in 1997 when the Bizkit’s album, Three Dollar Bill Y’all, dropped. My job mainly consisted of clipping articles out of skate and metal magazines in which our artists appeared, setting up photo shoots, answering phones, yelling at road managers to get their hung-over artists to interviews and arranging travel and doing expense reports for my boss. This was before good cell phones, and the Internet was primarily made up of chat rooms and little else. We had email, thank god, but people were still novices in its usage and often ended up sending x-rated jokes to the entire global corporation rather than their friend in the promotions department. It was a weekly occurrence and one that at least two people in the company frowned upon.

So, back to Limp Bizkit. My boss went out and met the fellas in an attempt to figure out what to do with them. It’s the job of the publicist to put the best public face on a band that they can. Short of that, it’s the publicist’s job to make something up or conjure something that makes the artist in question seem interesting or mysterious or dangerous or whatever they can come up with to make the press, and therefore the public, care about the band. Talent, often, plays very little part in why or how bands get famous — or at least back then. Remember, this was the day and age before the proliferation of online media and there was no social media at all. Influential blogs and vlogs and anything resembling online content was still years away. In fact, the word “weblog” wasn’t even invented until December of that year. Web pages, if they could even be called that, looked like absolute shit. And they loaded about as fast. So where did people turn to hear about new music and get the opinion of music opinion makers? Well, you had the radio, of course. And then you had the print media like Rolling Stone and SPIN and some alternative magazines and ‘zines. And, of course, you had MTV. Yes, the “M” in MTV stands for “music,” and at one point in their history, a long, long time ago, they played music videos. So that meant that these outlets, these few mainstream and widely distributed outlets, held a lot of sway over what the general public saw and heard. Piss any of them off and you could suffer the consequences of a media blackout. Your band would receive a negative review telling consumers to stay the hell away, or, worse yet, not get any coverage at all. Piss off the radio guys or the MTV guys and there was no distribution of the band’s music outside of going to Tower Records and listening to a CD at the listening station and buying it — or taping it off your friend. There was another thing that could happen to a band, too. Something that you hear a lot from bands in the 80s and 90s before we moved to an on-demand society: the record label themselves could put out your record and put absolutely no promotion behind it. That was as good as being shelved. No promotion, no pr, meant that you had to relentlessly play shows and rely mostly on word-of-mouth and lucky breaks. But, again, living in a society that was not yet connected by the Internet or the regular and easy use of email, text or cell phones, the general public couldn’t be relied upon to spread the word by themselves.

Ok, now back to Limp Bizkit, I swear. My boss went and met the guys. And, not surprisingly, Fred Durst was a giant douchebag to her. He said something sexist to her, no doubt, and pissed her off to the point that she came back from the meeting and decided she wanted nothing to do with the band. However, it was her job to promote the band, as they were signed to the label. This band that wasn’t quite rock and wasn’t [at all] rap. This hybrid that had none of the charm of a Chili Peppers and a bad attitude that rubbed everyone the wrong way and seemed to aim right at the heart of everything that was wrong with a redneck shitheel trying to appropriate black culture while still driving a pickup truck to Lake Havasu with a No Fear sticker on the back to drink bad beer with the fat white dudes in wife-beaters. It screamed fail. So it was never clear to me, after hearing her beg off the project, whether she was truly offended by his behavior or if she saw the future and didn’t see Fred Durst’s stupid face in it. Whatever the case, she failed in the short-term, but ultimately had the last laugh.

Limp Bizkit became the new shiz. But not through the usual efforts that of the major-label machine. Durst and his brand of bratty machismo was a publicity engine in and of itself. By sheer force of will, he took what in retrospect is one of the most annoying and horrendous trends in music and turned it into industry. He tapped into something that no publicist and no label could have seen; the need for bored white suburban youth to have something for themselves. Bored, not-too-bright boys who hadn’t yet been exposed to hip-hop (or were too far away from the world in which it took place) and had had it with their parent’s rock and roll and recognized in Limp Bizkit the anger and the energy (and the aggressive misogyny) that they so desperately craved. And Durst gave it to them in spades. And in doing so won the day. And the week. And the month. And, for the most part, a large part of the last couple years of the 90s. Durst got label deals and film deals and was crowned a taste-maker. In retrospect it’s all a bunch of bandwagon-jumping and industry panic that they had somehow been blindsided by a trend that they hadn’t seen coming, outdone at their own game by an honestly hard-working band that took what on the surface seemed despicable and turned it into gold. They weren’t going to not be in the Limp Bizkit business again. 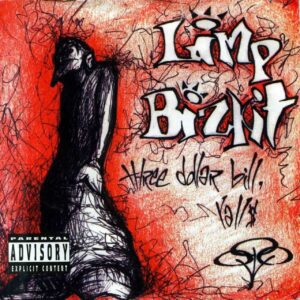 Thing is, I listen to Three Dollar Bill Y’all now in 2016 and it’s a piece-of-shit record. We look back on the amazing rise and precipitous fall of Fred Durst, record and film executive, and we realize that despite the self-produced hype and the subsequent storm, that ultimately the professionals were right. We bought into Limp Bizkit as an idea way back when. Because Durst told us it was the new new. And then a stunned and confused media machine did the same. And eventually we all bought into it. And then we didn’t. And to some extent the guy became a joke and then a pariah because, well, we came to our senses. Because, as I’ve said on this site a million or so times, very little of substance comes out of Florida. Especially Jacksonville.