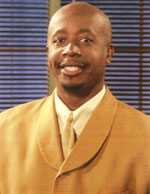 Are these the same assholes from 1-980-Bar None that picked notorious rip-off artist and failed businessman Fran Tarkenton to be their spokesman?

It’s like getting Robert Downey Jr. to be the face of you rehab center.

” Sure I’ve been in and out of this joint six times, but it’s a great place to hang between binges.”

I understand that Freshstart somehow thinks that other debtors will commiserate with Hammer, and maybe think, “Here’s a guy that knows what it’s like to be broke.” Really though, does any person that patronizes this kind of business really have the same financial background as our friend Hammer? Here, in their “Gossip” section, Freshstart themselves say that Hammer owed $13,700,000. Somehow I don’t think these folks are set up to deal with people who own anything bigger and better than a ’78 Olds and maybe a diamond chip pinkie ring. It also claims Hammer “Recovered Big Time!” No doubt due in large part to the brilliant folks at Freshstart. The question begs to be asked: if he’s really “recovered big time,” would he really be on the Internet and on television trying to push this piece of shit company?

The other funny thing about this site–aside from this bizzaro, old gossip about Kim Basinger–is the fact that there’s a banner ad for a credit card on their homepage. Now, what’s the last thing a person teetering on the brink of bankruptcy needs? Yes, another credit card!

Maybe it’s just me, but the whole thing stinks–stinks like an episode of Hammerman.

“Trust me I’ve been there”