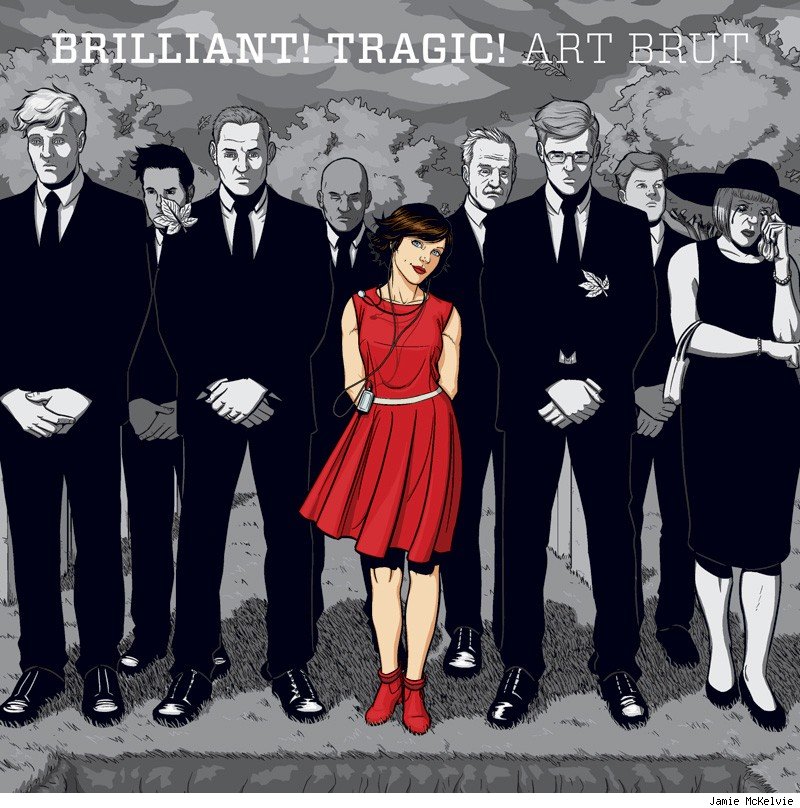 If you’ve heard one Art Brut album, you’ve kind of heard them all. And if you’re into what you hear, you’ll obviously dig this one. But if Eddie Argos drives you mad with his off-kilter Brit-talking approach and repetitive nonsensical snark, you’re gonna hate it. It’s basically a weaker version of their last two albums, which were weaker versions of their debut. But I’m a purest. On their first single, “Lost Weekend,” he even tries the old Clash singing bit, sort of. It’s more of a semi-tuneful whispery grumble that vaguely follows a melody. Not completely unpleasant, but not the brashness we’re accustomed to with these guys. Akin to Mike Skinner of The Streets singing — but less confident. There is the usual funny shit, of course, including a Comic Sans joke (who doesn’t love those!?) and even a self-referential song about his notoriously bad voice. There are times when it’s not quite clear if they’re messing around, or like Beck even at his goofiest, are deadly serious about their craft. Whatever the case, this isn’t a bad album, but certainly lacks some of the hooks of their best stuff and kind of exposes the band as toeing that middle line now between not quite being relevant anymore and not really being good enough without the hook of being a new, different thing to garner that attention.