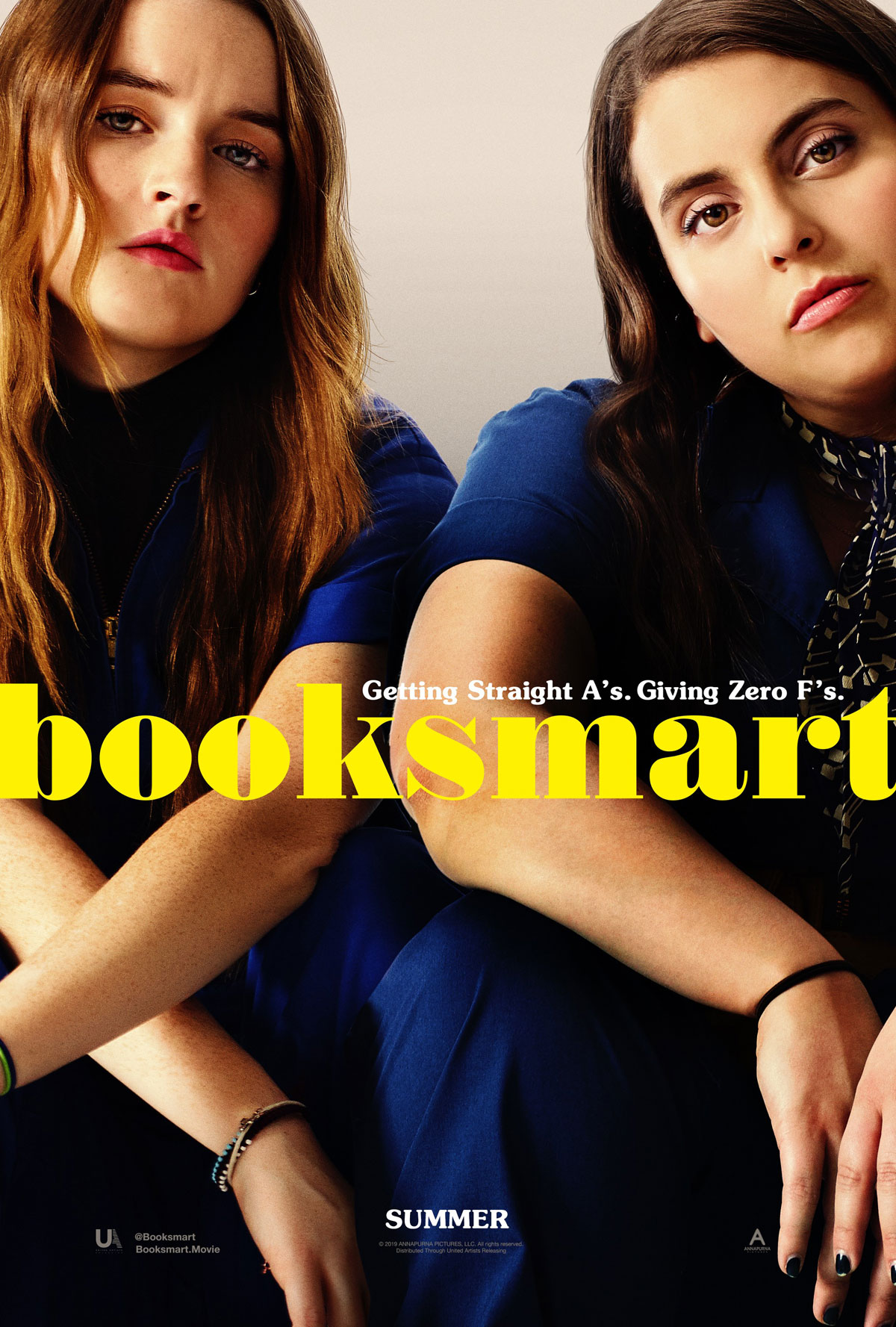 Is it creepy that I’m watching this movie? Maybe. Maybe not. I mean, it’s not quite Losin’ It or The Last American Virgin, but any time I — an adult male — watch movies or television shows staring high schoolers (that are actually played by a twenty-two and twenty-six year old) I wonder what the hell I’m doing with my life. It turns out that I, on occasion, like to laugh. And it seems that there is very little of that in the world these days. So when on a plane, exhausted and needing a break, I reach for the lolz.

So, Booksmart. It’s a great title. We all know what it means, and it says a lot about the characters in one simple word. Two girls who are high-achieving, motivated, driven students when it comes to school. But have given up social “smarts” and worldliness in pursuit of this goal. Now, your typical film would treat these girls as “nerds” or “geeks” and present them as outcasts for their pursuit of their goals. But writer/director, Olivia Wilde, has taken the Diane Court from Say Anything tack with her characters, where the smart girl isn’t a pariah, but admired for her aspirations. Maybe seen as an anomaly or a slight oddity, but not cast asunder just because she’s smart and ambitious.

The rest of the movie is essentially Superbad. The girls realize that they’re going off to college and have really never partied or had much of a social life outside of their friendship. They start to doubt their dedication to their studies to the detriment of having a normal, fun high-school life that they observe their fellow classmates having. So, like many movie setups, they have this one last night to have the night of their life. And so begins the After Hours-like adventure of trying to find the mysterious party where they are going to have this night of their life. It is, of course, a tangled web of misadventure, mishaps and wackiness.

It’s not a spoiler to say that they do eventually make it to the bash, both girls in pursuit of potential mates. Why these girls would be looking for a boyfriend and a girlfriend one day before graduation and on the eve of going off to college, I don’t know, but that’s the setup. Queue the coming-of-age buddy movie schematic (a la Blockers and the like) where we see inseparable buddies’ love for each other boil over in an argument as mean things are said and the “plan” falls apart. We’ve seen it a million times. You know they’re going to reconcile in act four, as they always do, but there has to be that tension, or you have something that feels flat.

So, if we know exactly how this plot is going to go and are surprised by very little in the film, what makes this not just another in a long line of young-person comedies? The writing, the actors and the tone. I’ve really become more aware of tone lately. And it makes all the difference. Too many times in these movies, they go for the scatalogical, gross-out humor at the expense of heart. Which, to me, sometimes sours the tone of the film. As if showing warmth and honesty is too much for the audience to take. Don’t get me wrong, there is some of that overly-sexed, gross-out stuff here, but some of the Apatow thing — off of which this movie is definitely blueprinted — has the rough edges sanded off.

Honestly, it’s Beanie Feldstein and Kaitlyn Dever who make the film. The Jared (Skyler Gisondo) character with whom they interact — who is clearly based on the Seth Green character from Can’t Hardly Wait — is pretty great as well. But it’s this interplay between the two women that makes the film itself smart. And funny. And definitely worth our time. I feel like I already knew Feldstein had it in her, after seeing her in several things. So, she was awesome, but that wasn’t a surprise. But Dever brought some serious Ellen Page, Juno energy and was the perfect partner for Feldstein’s hyper magnetism. It’s a very fun movie with some great moments. It’s not mind-blowing or anything, but does bode well for the future of Olivia Wilde, filmmaker. And the rise of the Beanie.