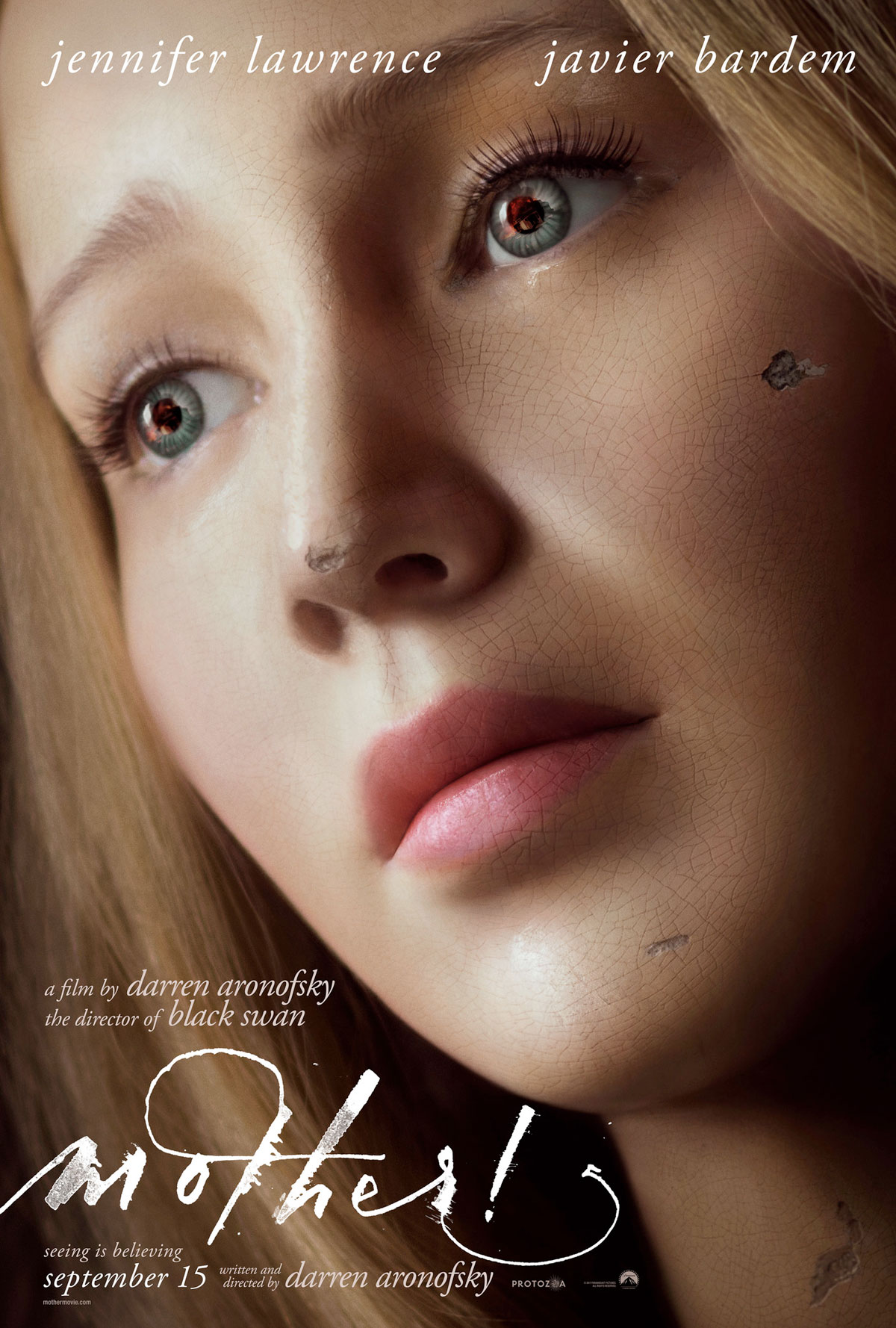 I’ve heard the word “divisive” more in the past year than I’ve ever heard it in my life. It’s usually applied to our current political atmosphere, but I think it applies pretty readily to this movie as well. In fact, it feels like Darren Aronofsky specializes in “divisive.” His movies tend to be dense and visually overwhelming and more symbolic than reality-based. Mother! not only continues this legacy, but puts the pedal to the metal and practically drives the car right off the cliff (insert Toonces joke here.)

The thing is, I thought I had the underlying meaning of the movie in hand. Like it ended and I was psyched that I actually got something for once. Unfortunately I was on a plane, so I couldn’t look it takes right away, but reading up on it afterwards, I was so completely wrong that I’m not even sure what to do with myself. Though I’m still convinced that my take is right and the guy who wrote and directed it is wrong. First off, you have to put up with some Aronofsky nonsense. The characters are literally named Mother, Him, Man, Woman, Older Brother, Younger Son, etc. I’m honestly not even sure I realized that while I was watching it, but finding out afterwards, I gotta say that I might have turned it off if I’d known. That aside, the whole beginning of the movie during which Him (Bardem) places this crystal in a stand and transforms this house form a burnt-out husk to a lovely gothic home in the middle of a field somewhere starts things off in a way that is unclear if it’s actually happening or something that’s just a credits sequence type thing. It’s actually quite important, but isn’t really presented that way. Which annoys me. Anyway, Mother (Lawrence) is married to Him. He is a famous poet who’s in the middle of a serious long-term case of writer’s block. She is his dutiful young wife who is working to fix up his supposed childhood home that was severely damaged in a fire. His childhood in middle America with a Spanish accent? Odd casting choice, and wasn’t ever really explained. So this is ostensibly a horror movie, which means weird stuff has to happen. And it does. Strange sounds in the house, hearts beating in the walls. And then oddball people who find their way to this house in the middle of nowhere, including the aforementioned Man and Woman. Weird shit happens, things break, things crumble and the movie starts to slide off its own face.

And all of a sudden the film becomes a mixture of The Babadook, Children of Men and Jacob’s Ladder (and maybe the weird rave scene from the The Matrix Reloaded) all in one. And I honestly I have no idea why. I thought (and it’s not a spoiler because, as I mentioned, I was completely wrong) that it was actually a really personal story from Aronofsky. An admission that, like Bardem’s poet character, artists ultimately do art in order to satisfy a voracious and frenzied public. That they, as artists, are inside their own heads and suck the energy from those around them in order to form and bring their work to life. That in the process they are selfish and needy and ultimately so wrapped up in their own shit that relationships are one-sided and they give themselves away to their audience in a way that they can never give to those that are closest to them. And in that skewed relationship, their lives can get out of control and their metaphorical homes crumble in the wake of just wanting to give of themselves to those who heed their call. Anyway, this is a poor representation of what was actually in my head when I watched it, but it made sense at the time. In other words, I thought this was a mea culpa from Aronofsky about ruining his relationship with my fake girlfriend, Rachel Weisz, because he was just too passionate about his weirdo work and not passionate enough about his wife, but apparently the thing is like a parable about the bible and the environment and stuff. Aronofsky even traded in Weisz for a newer model in Jennifer Lawrence in real life, which also fit right into the movie as well, but I guess this was all coincidence. Whatever the case, this is yet another bizarre, deeply-disturbing, creepy-ass film much like many of his other films, but certainly most like Black Swan, but like ten times more fucked up.