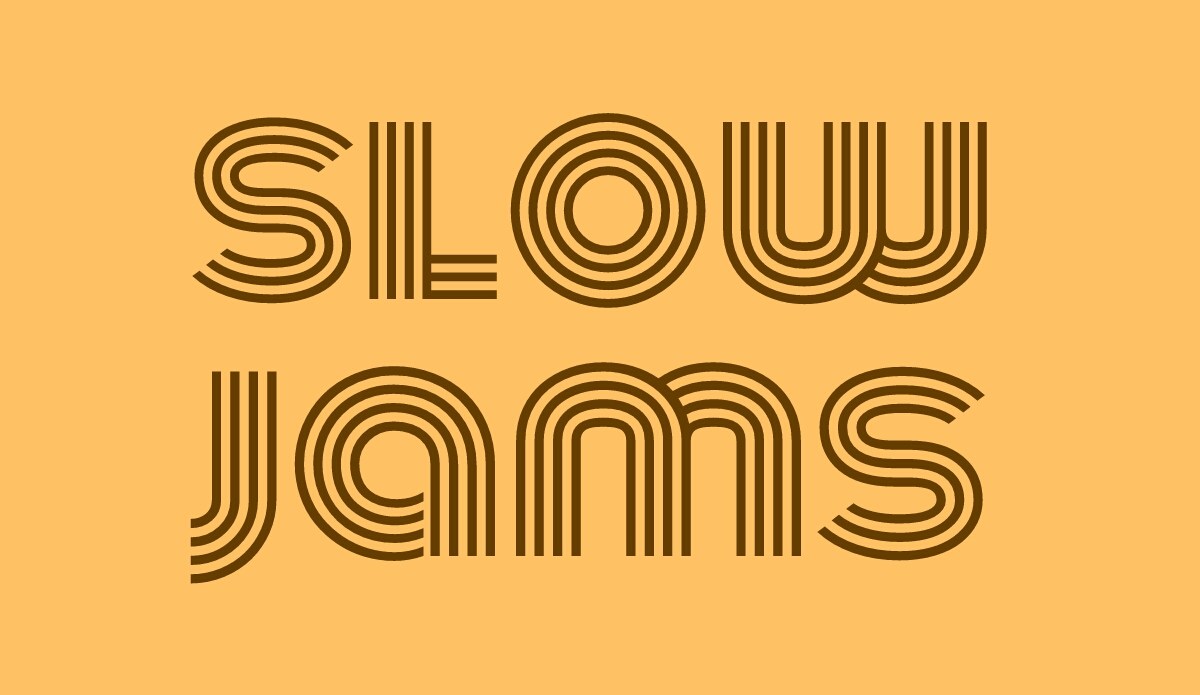 I’ve been searching for years, and I’ve finally found my least favorite kind of music (and mind you, there’s death metal and German industrial music out there). It’s that melodic muzak that they call “slow jams.” With more “babies” and “ooh-oohs” than a cheap whorehouse, this music just drips with cheese.

Generally perpetrated by groups of four or five African-American young men dressed in the same outfit, slow jams (or the popular form slow jamz) almost always involve men pining after women, getting pissed about a woman cheating on them or generally getting busy. The music videos often include flowing white outfits with unbuttoned shirts on the men (aided by wind machines), and scantily clad women often in some state of undress and writhing ecstasy. Maybe it’s all the cajoling, all that calling her “baby,” the sexual double-entendres, and the slinky way they’re always sticking in the word “love.” Here are some typical lyrics brought to you by the dreadful group, Dru Hill:

Can’t you just feel the love (especially that very subtle part about “saluting”)? No wonder this crap melts womens’ hearts and makes them jump out of their panties faster than Andy Dick dives into a pile of coke. This crap doesn’t make me want to please my woman; it makes me want to take a nap and/or order myself a nice lobotomy. Amazingly, there are entire channels dedicated to this drek, including BET Soul on the tube, and radio stations like WBLS in NYC. Imagine, twenty-four hours of five-man groups all making love to your radio (and all making love to the same woman in five-part harmony). The stuff is creepy when you really think about it.

I defy anybody to point out a more inane source of entertainment out there. It’s the music world’s version of the late-night Shannon Tweed movie–but without the nudity and the sweaty gardener. When did R&B sink to such lows? What happened to the great Motown songs of yesteryear. What happened to subtlety and class? Oh yeah, R-Kelly happened to it?