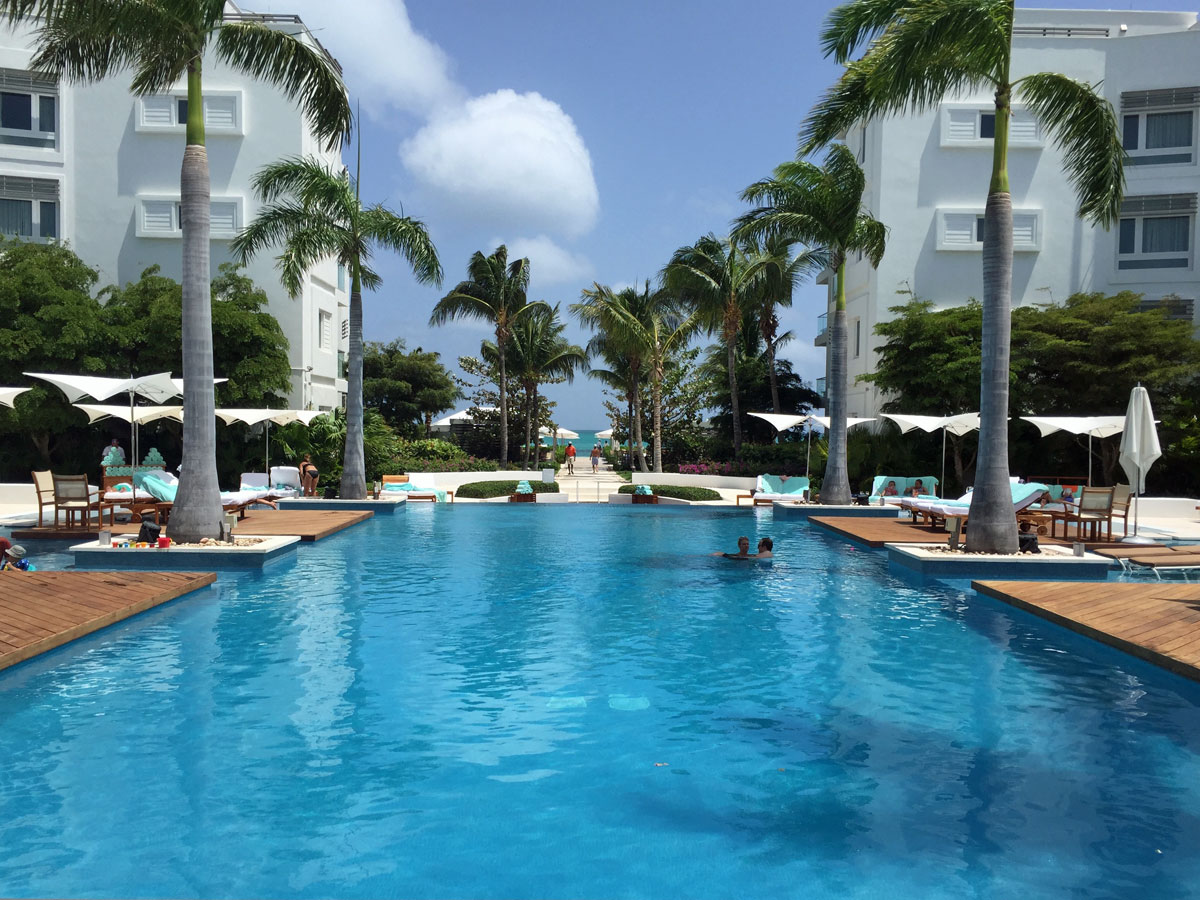 Turks and Caicos is two, two, two countries in one. Okay, I don’t know shit about the island nation or why it has two names, but decided to vacation there anyway with Ms Hipster and another very hipstery couple. Is it like Trinidad & Tobago? Or Bartles and James? Whatever the case this is one nice-ass place to spend a few nights basking in the glory of soft sand, calm, warm waters and awful euro music. The resort itself is super-elegant and everything you’d expect of a Gansevoort Hotel. Including a bill that will make you wonder aloud how truly horrible Florida could possibly be?

To make matters worse, I managed to forget the one item one should never forget when visiting a very sunny island (especially when one is a fair-skinned semi-albino): sunglasses. I’ve no idea how I managed to do that, but it happened. So my first purchase at this oasis of white Euroness was a pair of Chinese-made wrap-around shades that made me look somewhat like Rowdy Roddy Piper in They Live. And, yes, I was all out of bubblegum. Despite the initial stumble, we had clearly come upon what was inevitably going to be quite a nice, little trip. Especially after seeing the view from our well-appointed and crispy, clean room’s balcony. 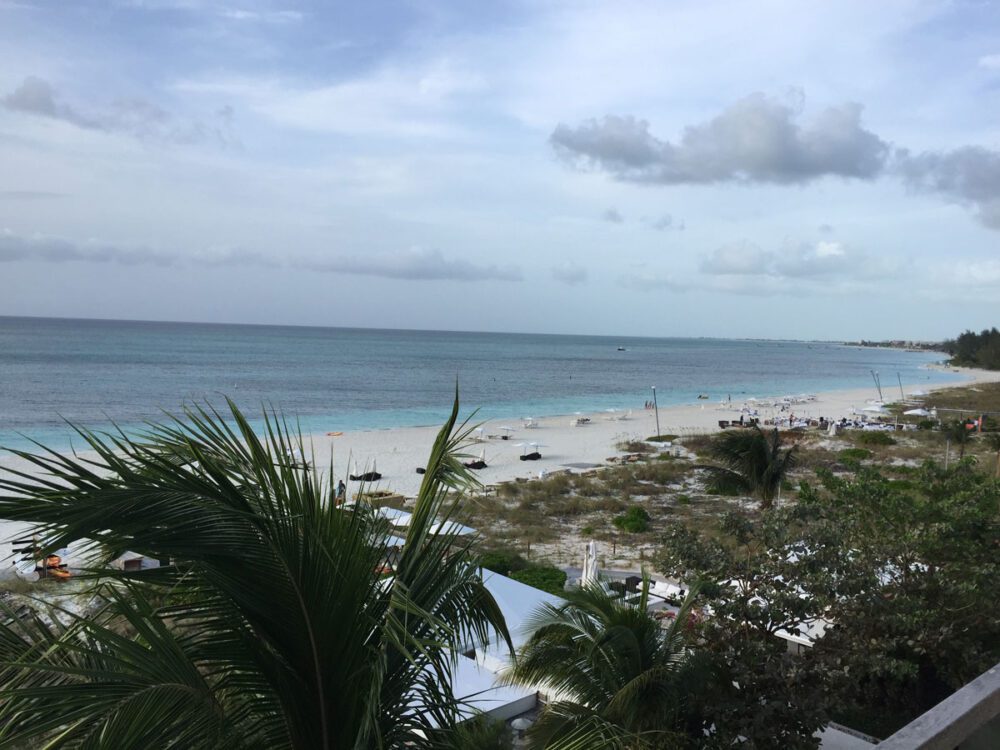 We settled in to some snacks at the beach front restaurant, Zest, drinking some ice-cold Turk’s Head beer that I’m sure would taste like total garbage if I ordered one at a bar in NYC, but the taste of the island is the taste of the island and the local booze is always the way to go. And then took a dip in the pool and probably drank something else and then made our way to the beach, which was like sitting on cloud. The ocean was like bathwater and was as barren as a bathtub. There was like literally nothing in it. And we knew this because it was clearer than the water in the pool. There was a pretty stiff breeze a couple times we ventured out and even a bit of a current (though no waves) that might carry you a few feet one way or the other should you allow yourself to go that way. We even took a party boat out one day with some other folks and spent the afternoon essentially jumping off of it into the beautiful water and snorkeling around the awesome Bight Reef (which, unlike the water near shore was full of colorful life). Our guides dove like fish, pulling conch out of crevices and even a couple sharks by the tails to show us that, well, there were some sharks down there. We ended up on a Lost-like island, where we got to explore, eat the weird sex organ from the conch and then enjoy beer and fresh conch salad for the trip home. All in all a pretty f’ing good day. 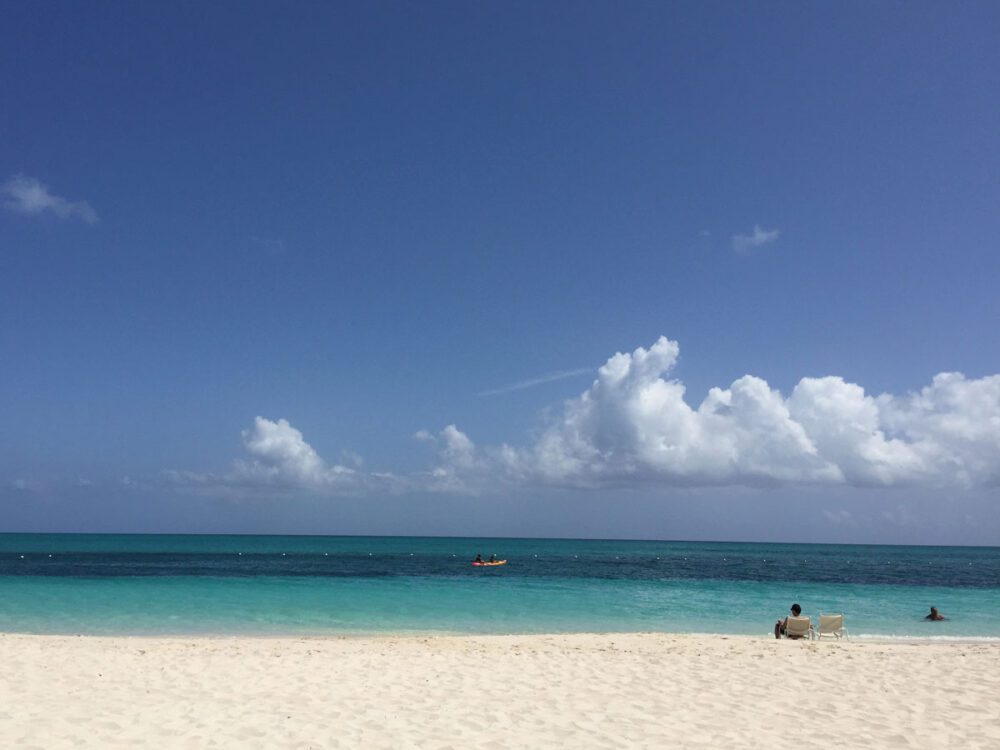 Now, this Gansevoort is a pretty fancy-pants joint. Like not your average hut on the beach. Or your average, more colonial-looking hotel, like the one right down the beach from us, Beach House, where we had multiple drinks at their on-beach Beach Deck restaurant and started to regret not signing up for their outdoor grill dinner that they started firing up while we sat there watching the sun sink in the sky. We ended up having dinner at our hotel, at the Stelle restaurant, which was very nice. But it, unfortunately, featured all the same incredibly insidious music that they pumped throughout the hotel all day long. They were weird covers of bad songs in French and that incredibly excruciating world music, ambient shit that they used to play at downtown lounges in the Village in the mid-90s. It matched the white, flowy look of the place, but for anyone with American ears, it was a little dose of torture. This must have been fine for the children of a famous British singer (whose name rhymes with ‘shlemiel’) and his ex-wife/German supermodel (whose name kind of rhymes with ‘mighty doom’)  who happened to be at the hotel the same time as us. Their eldest son, who happens to have the same name as Hipster Jr. — and actually ruined that name after being born about a year after ours by making it super-popular — was even assisted by Ms. Hipster to get some eggs one morning in the all-you-can-eat continental breakfast. Our friends stayed on after we left, just in time for his mother to show up to don her famous beach body for all.

Unlike our time in Jamaica, we did actually venture outside of our resort and the surrounding beach. We made our way for dinner one night to Coco Bistro. Their website didn’t exactly instill confidence — and neither did their wacky logo — but its al-fresco dining in the middle of what felt like a tropical garden was pretty darn sweet. Ms. Hipster was convinced, of course, that a spider the size of a raccoon would drop from one of the many trees surrounding our table, but she was soon distracted by pretty kick-ass seafood and maybe a few rum drinks. The best thing, though, was a fried banana with caramel sauce and vanilla ice cream. It’s been a while and, oddly, I still dream about that thing. The next night we went to one of those joints that is just so gnarly good, you wonder why they don’t just open ten of them along the Jersey Shore. And of course it’s called da Conch Shack, because that’s what you call a restaurant on the beach where you sit at picnic tables in the sand and eat all manner of conch and jerked chicken while wild (but adorably friendly) potcake dogs stare at you from the darkness just hoping for a scrap. It’s a pretty excellent spot and definitely somewhere to come for an authentic-feeling experience — even if it, like most everything else on the island, is a bit overpriced. Save your pennies and just get it done. 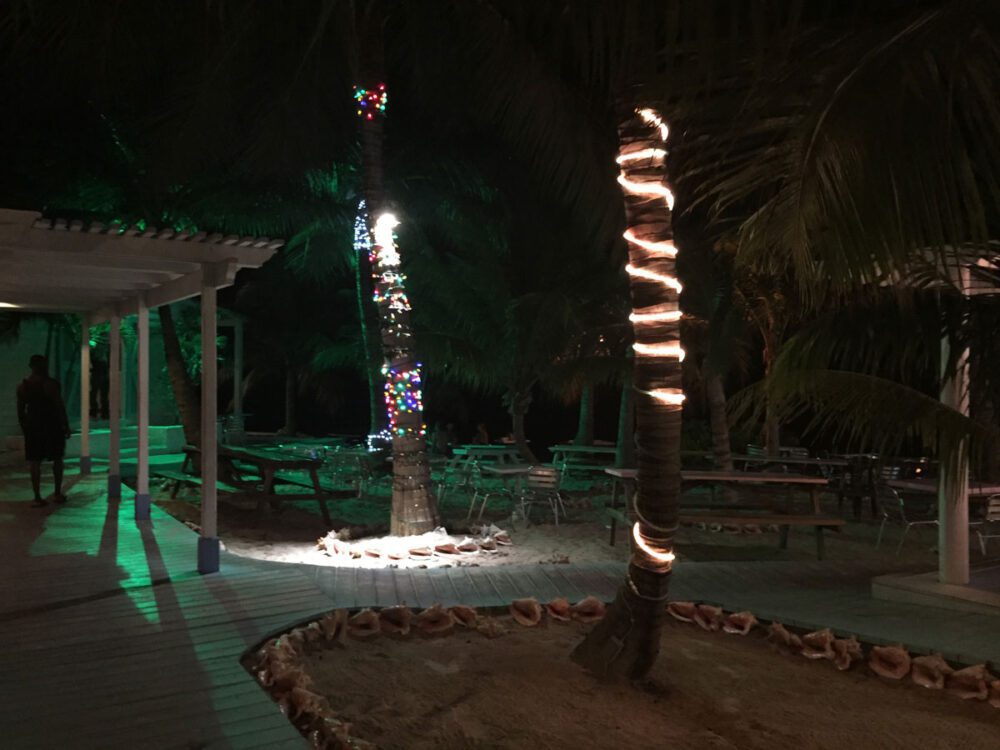