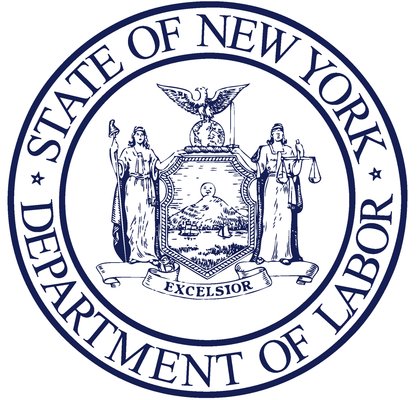 So I finally pulled the plug on any expectation that I’ll find a job in the near future. I bit the bullet and signed up for unemployment. I’ve gone on the dole. I’m riding the gravy train. It’s not as though I haven’t been paying unemployment insurance for years now, but I somehow feel like this is the final straw. This is it. I’m done. Finished. But not really.

I’m just honestly surprised how easy it was to get money from the government. After trying every number in my Yellow Pages listed under the New York State Department of Labor, (and reaching half of the population of Chinatown) I dialed up unemployment in my trusty Web browser and got the 980 number. I went through some yes and no questions and finally got a human on the phone. He talked to me for about two minutes, basically making sure I was smart enough to press a one or a zero at the correct time, said thank you and hung up.

Today I received my introduction letter in the mail, along with a letter telling me what my weekly take-home pay is going to be and a letter telling me a date I have to show up at the unemployment office to talk to some poor councelor who will have no idea what I do or what I want to be when I grow up.

I’ll probably nod a lot and refuse the styrofoam cup of stale coffee. I’ll compliment him on his walrus mustache and admire the way his vaguely country-western beige shirt offsets his ruddy, pockmarked complexion. I can imagine a little swearing fit brought on by a broken pencil tip or ball-point failure, followed by a mumbled apology and a mini-diatribe about the pressures of his job. Then another apology. After all, I’m sure rule #1 in the UI handbook is to not complain about the rigors of work to the newly unemployed. I’ll give him a knowing squint, but will really be thinking about the hideous freeform sculpture I just encountered outside the Starbucks downstairs. I’ll claim to be looking for a job (which I am) and claim that nobody has called me back to offer me a job (which they haven’t). He’ll sigh and check the second box from the right with every question I answer. Then he’ll look up, give me the once over and turn the paper over and scribble something illegible to anyone but him and one remote viewer in an unmarked room in a CIA field office in Quatar. Despite the axiom that guys in lifts and bad rugs are inherently untrustworthy, I sheepishly ask him what he wrote down. He slowly turns the sheet of paper back over and mumbles a very suspicious “nothing.” Now I have a dilemma on my hands. Do I call him on it, or do I just let it go? The guy could have been reminding himself to pick up some arugula on the way home. He may have just remembered that Josie Bissett starred in the TV movie Baby Monitor: Sound of Fear. I go with the more realistic scenario that he thought I projected poorly or came off as snobby in my monochromatic, eggplant t-shirt and v-neck sweater combo. Maybe I am completely unemployable. Maybe he has recommended that the governement rescind their offer for free money. I have a lifestyle to maintain, dammit! “Um, so I saw you write something down. I mean, your hand was moving and ink was, well, coming out and everything…” He’ll probably straighten his papers, knock them together on the desk, and dismiss me with a “Good day Mr. Hipster.” I’ll obsess over his note for the next week until my check shows up, and then I’ll come to the conclusion that I’d rather sit at home sweating out my future than be stuck in one that provides no hope.