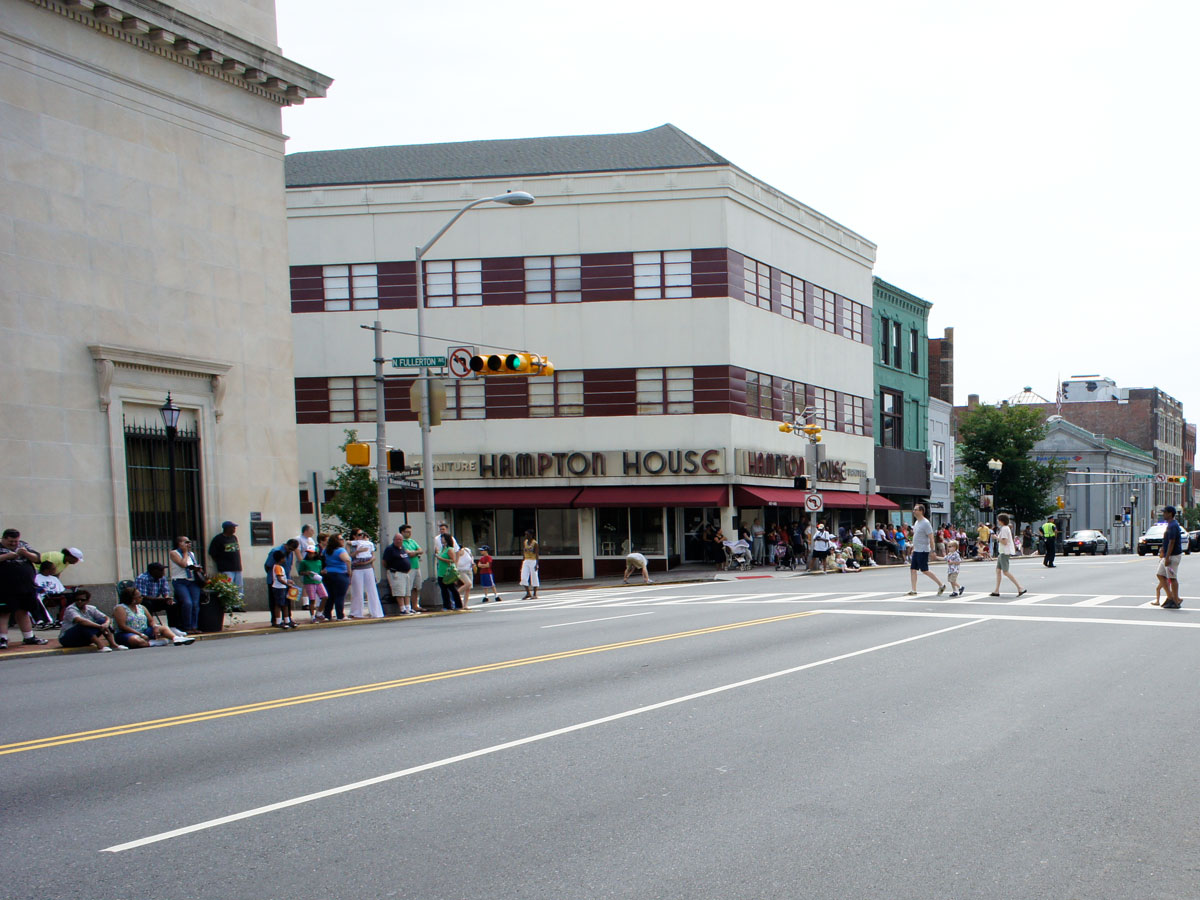 I’ve heard it called the “Upper West Side of New Jersey,” but now Mr. Hipster calls it home. This doesn’t mean I’m going to start Mr. Hipster West, or any nonsense like that, but anything is possible. It means, more or less, that Mr. Hipster is just becoming more mature and stuff. I’ve moved into a town (as the nickname implies) filled with the three Ls: lesbians, literati and liberal Jews. Ms. Hipster used to be a reporter and, um, has been told by several people that she reminds them of Nancy McKeon, who haaas to be a lesbian (but is in deep denial, obviously). I worked for a book publisher for a couple years, so there’s my “l,” but have never been told I look like anybody other than Andrew McCarthy—which is a dirty, rotten lie. Oh, and Hipster Jr. goes to go to a JCC daycare and loves nothing more than to do the Kosher thing and vote Democrat (or Socialist if he’s feeling frisky). He looks kind of like a hobbit.

Now that I’ve sold the move to the skeptical jackasses out there, I’ll have you know that urban-suburban is the new urban–plus like four bedrooms and a couple thousand square feet. And if that isn’t enough, we can now walk to three, yes three, different Indian restaurants, a Jamaican joint, a couple Japanese, French, Mexican, barbeque, Cuban, Thai, American, Italian and even a few art house movie theaters. So suck on that you jerk-offs on the UES! All we’re missing is a Greek diner to complete the array. Oh, wait; we have one of those too! I hate having to prove my hipsterishness (or defend it), but this move doesn’t spell the end of anything; it spells the beginning of a whole new New Jersey adventure.

I can just see me and Peter King sharing a giant sub sandwich at the local deli. And maybe uber-celeb, and Montclair resident, Stephen Colbert, and I will bump in to each other while browsing the memoir section at the Montclair library. Only a couple weeks in, and I’ve already sat at bar around the corner with none other than Peter Greene. Who’s that? Dude, he was Zed (yes, the guy with The Gimp) in Pulp Fiction, and the bad guy in The Mask!

All that’s left now is for me to buy a Volvo station wagon, have one-point-five more kids, build a white picket fence and go to one of those town meetings at which I complain about those evil-doers from the rainbow-flagged congregational church parking in front of my house. For those of you hipsters living in Williamsburg, that’s kind of like bitching about the stupid couple at your co-op meeting who insists on putting their Adirondack chairs out in their garden apartment, when it’s so clearly stated in rule 3.16 of the bylaws that all sitting surfaces must be made of quality no less than oak.

It was somehow inevitable that I would end up here. The area in Los Angeles in which I grew up was similar in its make-up (minus the whole Newark proximity thing) and general feel. And now Hipster Jr. will be able to enjoy his upbringing in a community with decent public schools, tree-lined streets and like two Dunkin’ Donuts within walking distance. So, he may grow up fat and stupid, but at least he’ll be able to say he’s from the same town as Buzz Aldrin, Kreskin and the Indian dude from Harold & Kumar go to White Castle.