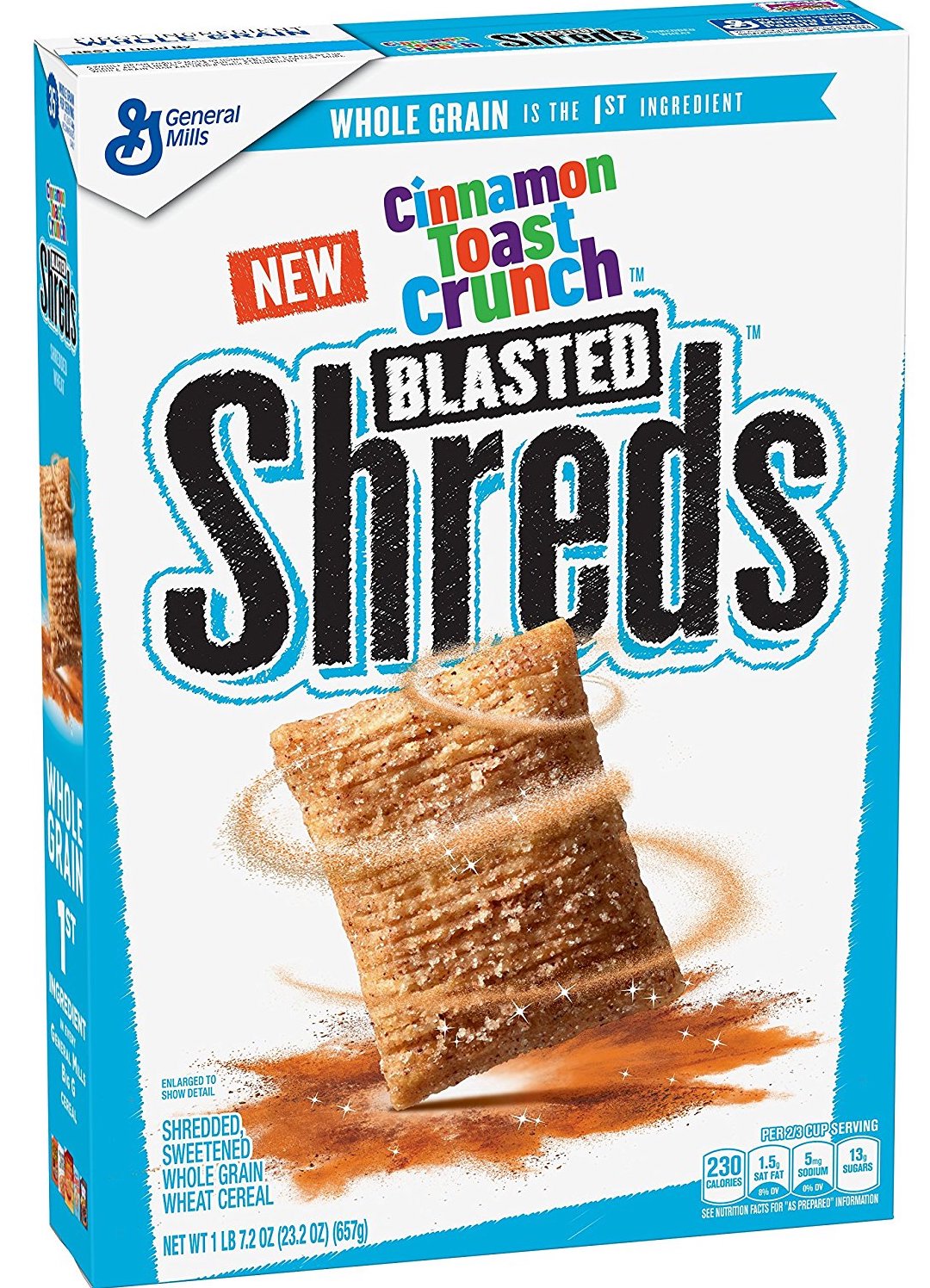 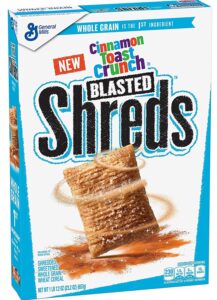 If you just heard the name Blasted Shreds, wouldn’t you also think, “Bitchin’, they’ve finally made that cereal for the skater within all of us.” Well, it certainly grabbed my attention. Or maybe it was the fact the designer at General Mills (or their completely inept agency) managed to use at least six different fonts on the front of the box — at least four in the cereal’s name alone. Being an aesthetics guy when it comes to packaging, that would normally be a negative, but when I’m buying something that is most likely meant to be eaten by six year olds, I suppose I’m not their normal target audience.

What also confused and intrigued me was the genesis of this food. Is it a Cinnamon Toast Crunch flake that’s somehow been turned into a Shred, or a shredded wheat that’s been Cinnamon Toast-a-fied? The thing I didn’t realize while standing in the cereal isle is that the normal Mini-Wheats I sometimes eat are made by Kellogg’s and not General Mills. GM has a totally different wheat biscuit-like product called Fiber One Shredded Wheat. Which basically confirms the my first inclination that this is a Cinnamon Toast Crunch flake turned into a wheat biscuit and not the other way around. Because this is what’s important in the world. 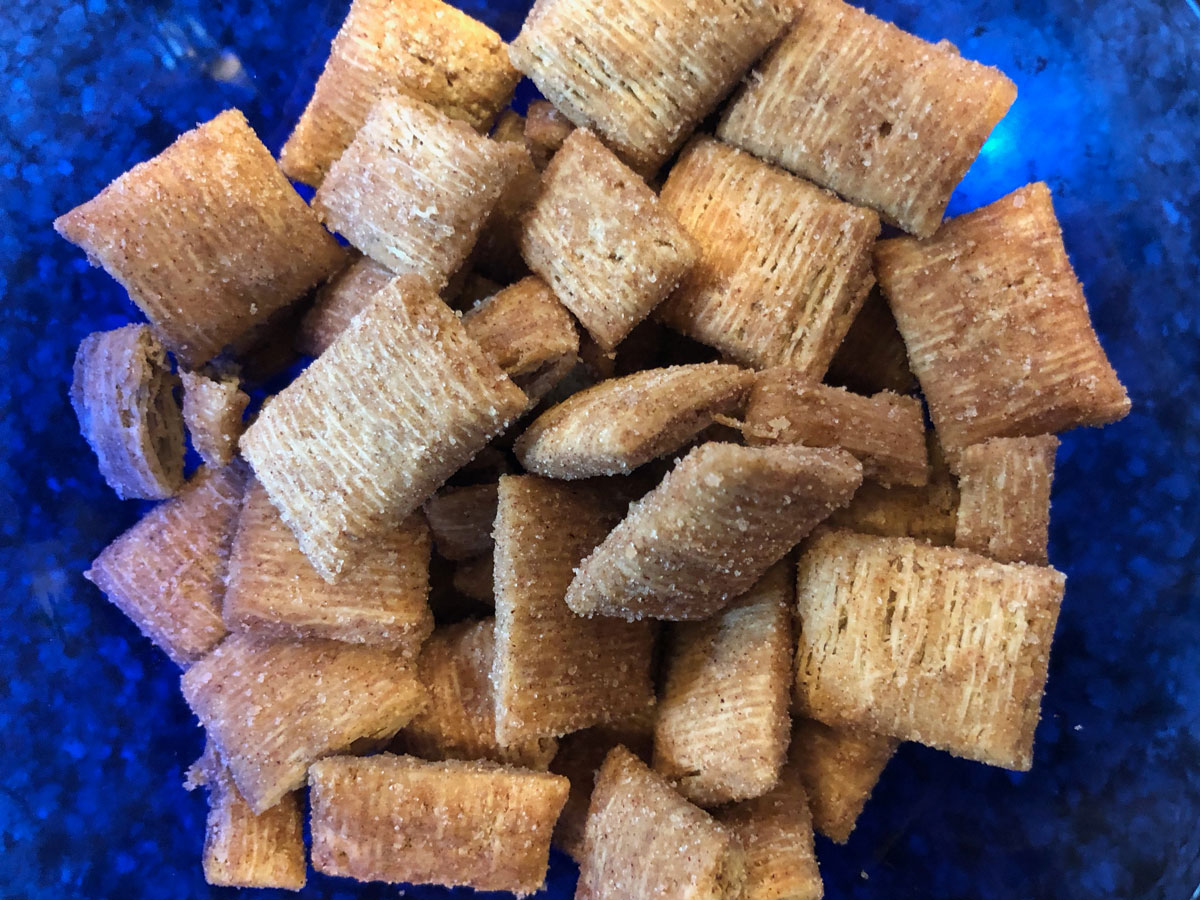 The thing is, it ends up kind of like a Mini-Wheat jacketed in a sugar and cinnamon mash. And rather than being a light, airy biscuit, it turns into this heavy, saliva-sucking sponge. And the sweetness! It hits you like a gross of Pixy Stix. That stuff that looks like cereal dandruff above? That’s the sugar straddling each and every nook and cranny. I practically went into insulin shock after three bites. And those bites were verging on painful. My jaw working the dense shreds like a dog on bubble gum. Getting those suckers broken down is not a challenge for the meek. And for those of you out there still rockin’ baby teeth? Forget about it.

And then there’s the milk test. Normally the milk left behind by cereal is a nice palate cleanser after the main meal. It’s the essence of the cereal itself in liquid form. But this stuff leaves behind swill so toxic, it could be used to coat the inside of one’s enemies with a waxy sugar substance that shouldn’t exist on god’s green earth.