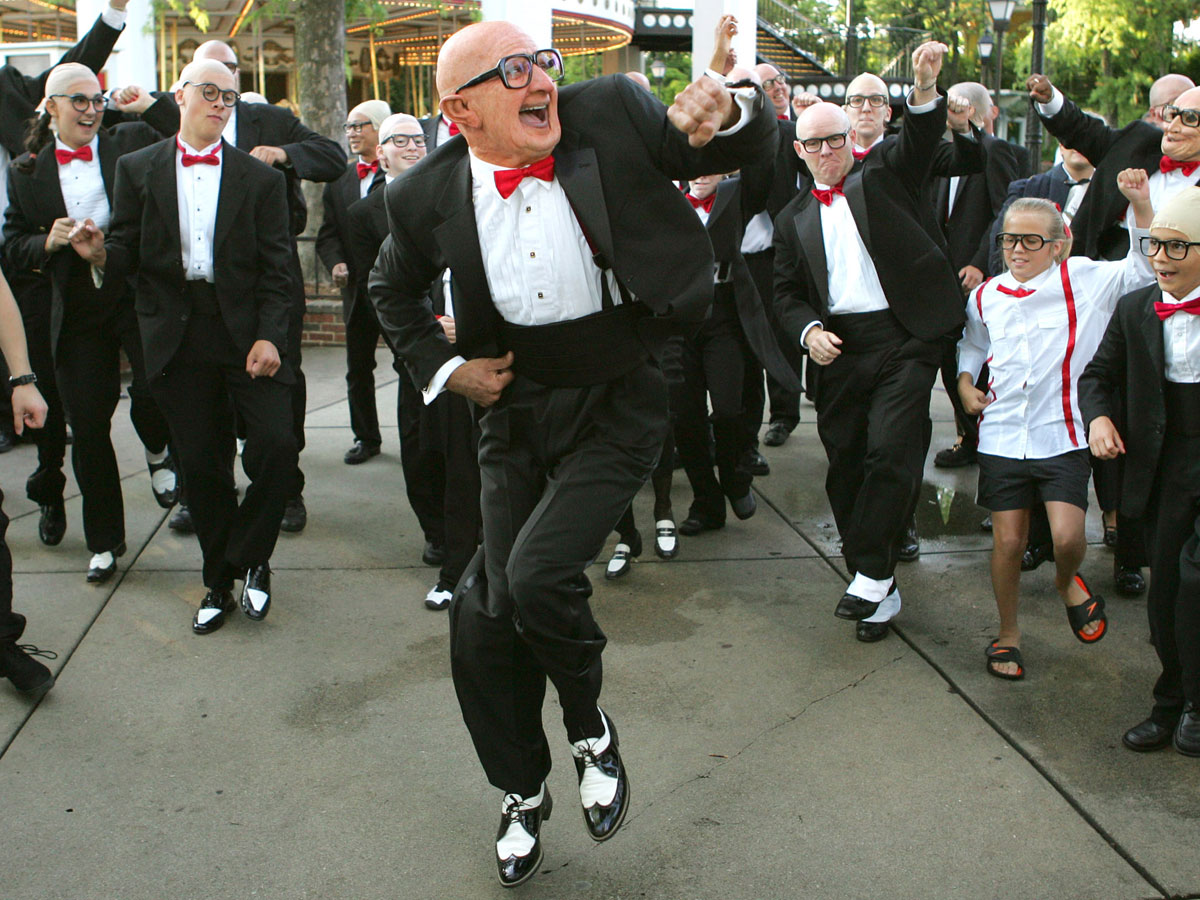 How much do I hate this guy? How much do I hate the stupid, self-serving articles that have been written in “legitimate” magazines and newspapers questioning whether or not this rubber-faced asshole is really an old man, or just a young guy in a mask? Oh, and the fuckin’ Vengaboys should be shot for wasting valuable sound waves with that horrendous, techno/dance crap that makes me just want to stick corn forks in my eardrums. It’s bad enough that this runningman-dancin’ fool invades my living room while I’m trying to enjoy a baseball game, but then I get this crap in my mail. 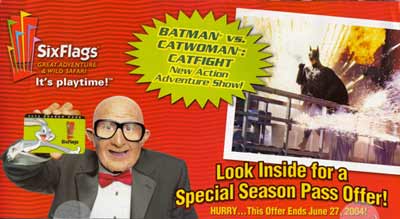 Let’s just put this to bed. The dude is some creepy backup dancer that they pulled off the set of a Cash Money Crew video, or, more likely, the local dance school for eventual Broadway disappointments. I even heard some jerkoff ask on a show if the guy was in fact Uncle Junior from the Sopranos. Yeah, dude, all of a sudden Dominic Chianese is the prissy, white MC Hammer. I’m not sure what audience Six Flags is going after with this campaign, but it certainly makes me want to avoid Great Adventure for fear some guy in that getup will be there to torture me with that bizarro bat face of his. Maybe their next campaign will involve some “X-Treme” sports like sky surfing or that street sledding thing that was popular for like two minutes in 1996. The whole advertising industry should be scrapped and rebuilt from scratch. Or maybe we just need to reprogram the human race to reject lame crap like this.