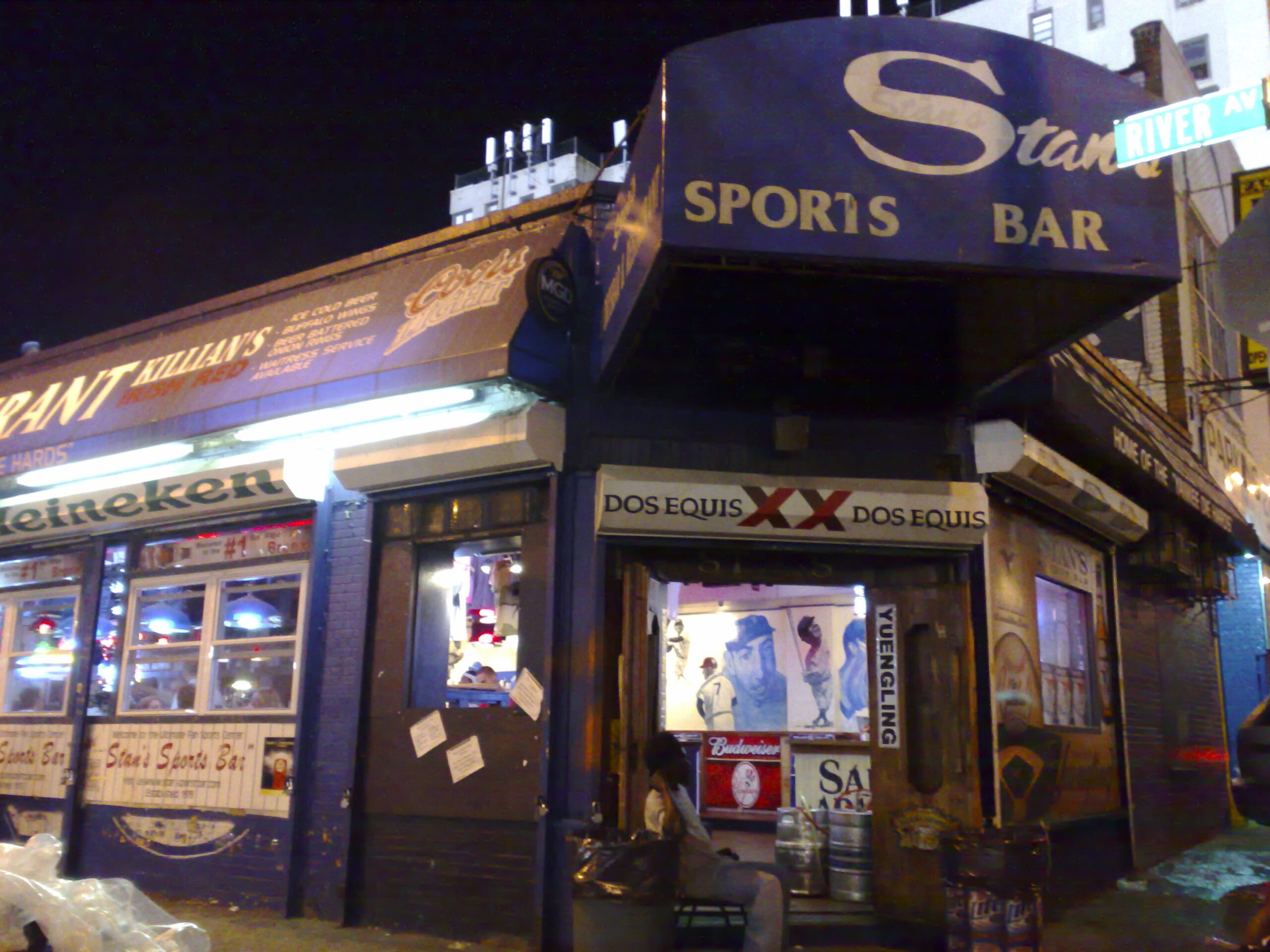 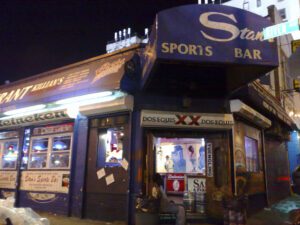 In my thirteen plus years in New York I’ve never once been in this place–nor have I ever wanted to get anywhere the hell near it. Sports fanatics in all their guises really kind of drive me up the wall. And where would I find more annoying fans than across the street from the stadium of the team for which the constituency is most likely rooting? I mean who needs to go get liquored up before going to get liquored up, really? Certainly not some fat dude in a Kevin Maas jersey. And I’ve never felt the need to hang with mr irrelevant either. So what led me here? Sheer boredom during a Yankees/Devil Rays game and a serious case of RLS is what. Going over with a gang of other drunks around the sixth inning or so, we found ourselves in a place that looked more like a stable than a bar. It honestly reminded me of this horrific strip club we went to in South Carolina where the patrons were allowed to (and many obliged) bring their own Styrofoam coolers filled with domestic suds while ogling completely nude girls, most of whom couldn’t have been a day over eighteen. The place is like a giant pen that looks to have been constructed from left over cardboard and tin, and stunk of ass and poo. There were mops sitting in open slop sinks, crap all over the place and some bouncers who looked like they just wanted to punch someone. Look-e-loos peeked their heads in to check the place out, mostly pinching their faces at the stink, and getting the hell away as quickly as possible. Luckily I was so lit at that point, I could have drank beer in a septic tank, but even my drunk-ass self has some standards. I guess it serves its purpose, but the fact that the health department hasn’t closed it down is just down right shocking. [MF]