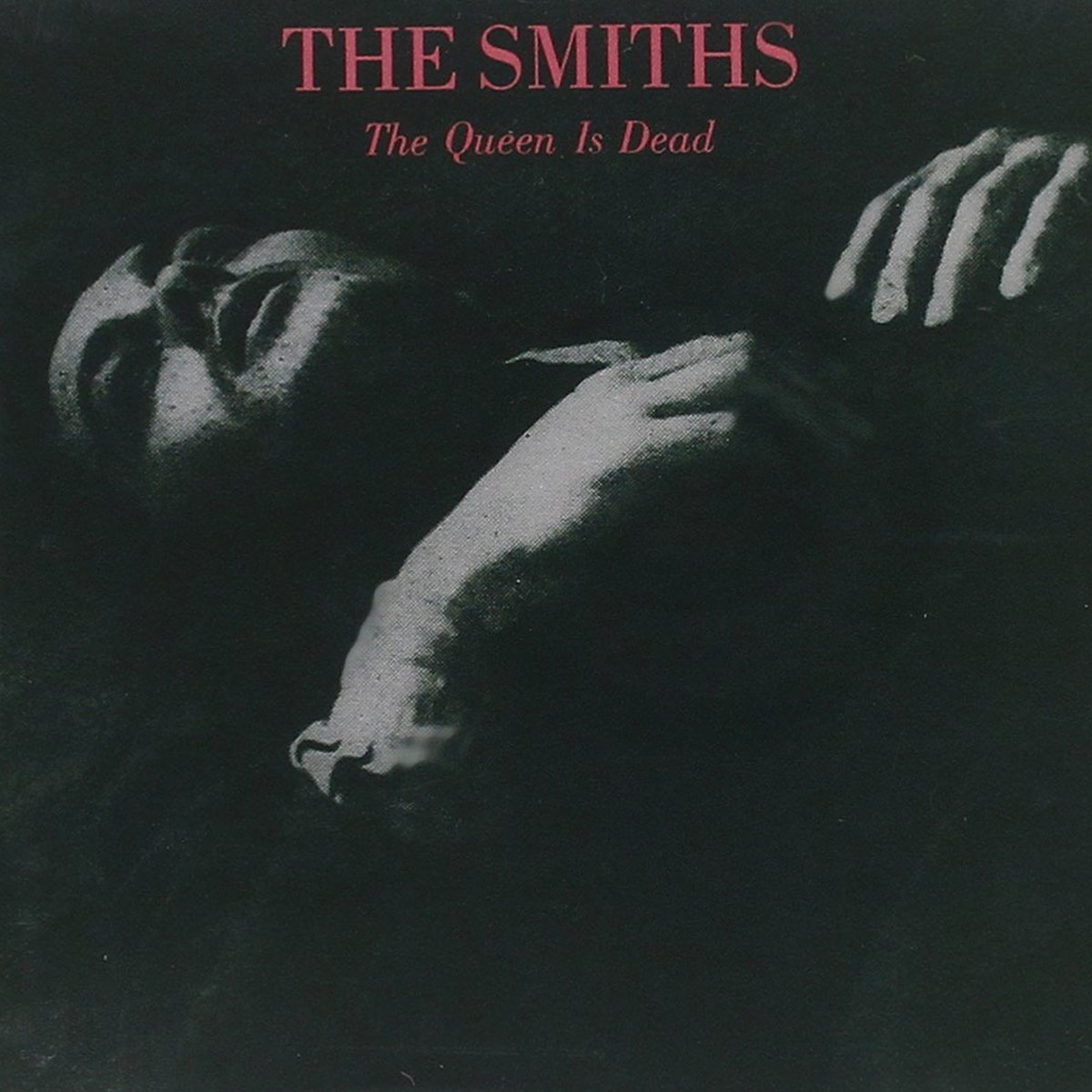 The Smiths: The Queen Is Dead

Why Morrissey? Why!? Why do you have to be such a bloody douche nozzle? I ask this question despite the fact that it seems The Smith’s whole reason for being was to express Morrissey’s sad, self-involved douchiness. The thing is, it’s one thing singing incredibly affecting pop songs about your heartbreak and talking shit about your country’s monarchy. It’s completely another to be wildly hypocritical, a pathetic prima donna and insanely combative over things that don’t seem like they’re worth being combative over.

So we’ll put Morrissey the man aside and concentrate on this incredible album. Though it is almost impossible to disentangle the man from the music. Of course 1986 Morrissey is not the jet-setting, shit-spewing man he is today. So we’ll try to imagine him as the humble (though not that humble), introspective (though still narcissistic) virgin that he was. Because the self-effacing, particularly English sense of humor of this album when seen in a 1986 light means one thing, but laid over 2019 Morrissey could be construed to be more self-piteous and whoa-is-me serious than it should be.

This album is just dripping with British sarcasm and what I believe they call cheekiness. I’m not sure as a teenager that I understood that, especially when so much of it is UK-specific. I was mostly fascinated by a world that I didn’t inhabit. I was a Los Angeleno, not a sophisticated, mopey Englishman. And what the hell is a spanner? And a vicar? The whole thing, despite me not really understanding it, felt very anti-establishment, yet intellectual. It felt smarter than other music. And I don’t know if that’s because of the accent, the attitude, the lyrics or just the mystique surrounding Morrissey, but it was cool. And somehow I could wear my creepers and listen to both this and The Cramps.

The thing is, cool without substance is nothing. And this has substance in spades. And hooks. The songs are like perfect little pop gems coming out of the mouth of our generation’s troubadour. He’s like our Johnny Mathis. But also our anti-Johnny Mathis. Because he wants love, but can’t ever seem to find it. So he lashes out with his cutting words while not eating meat or having sex. But he doesn’t really mean it. Or does he? So confounding. And exciting.

Of course being who I am, my two favorite tracks happen to follow one another in the middle of the album, “Bigmouth Strikes Again” and “Boy With the Thorn In His Side.” The first is about as close as The Smiths come to rockin’ out, though this is still The Smiths. And the latter is just a perfect representation of a crooning Smiths tune. I remember rewinding my Walkman over and over again, probably killing the tape in the process. And now that I think about it, “There Is A Light That Never Goes Out” might be the prototypical Smiths song. So over the top. So hopeful in such a miserable way…

The thing is, there is not a weak track on this album. As soon as any of them start up I’m still like, “Oh, I love this song!” Granted, it’s only ten tracks long, so there is absolutely no filler. But it is truly a classic, era-defining album filled with excellent songs and hard Gen X energy (despite the band members being Boomers). Look, am I psyched with who Morrissey has become? Not at all. After all, he’s the Boomer doing Boomer things. But the legacy of his band and their music inspired the next generation to be miserable, but low-key hopeful.