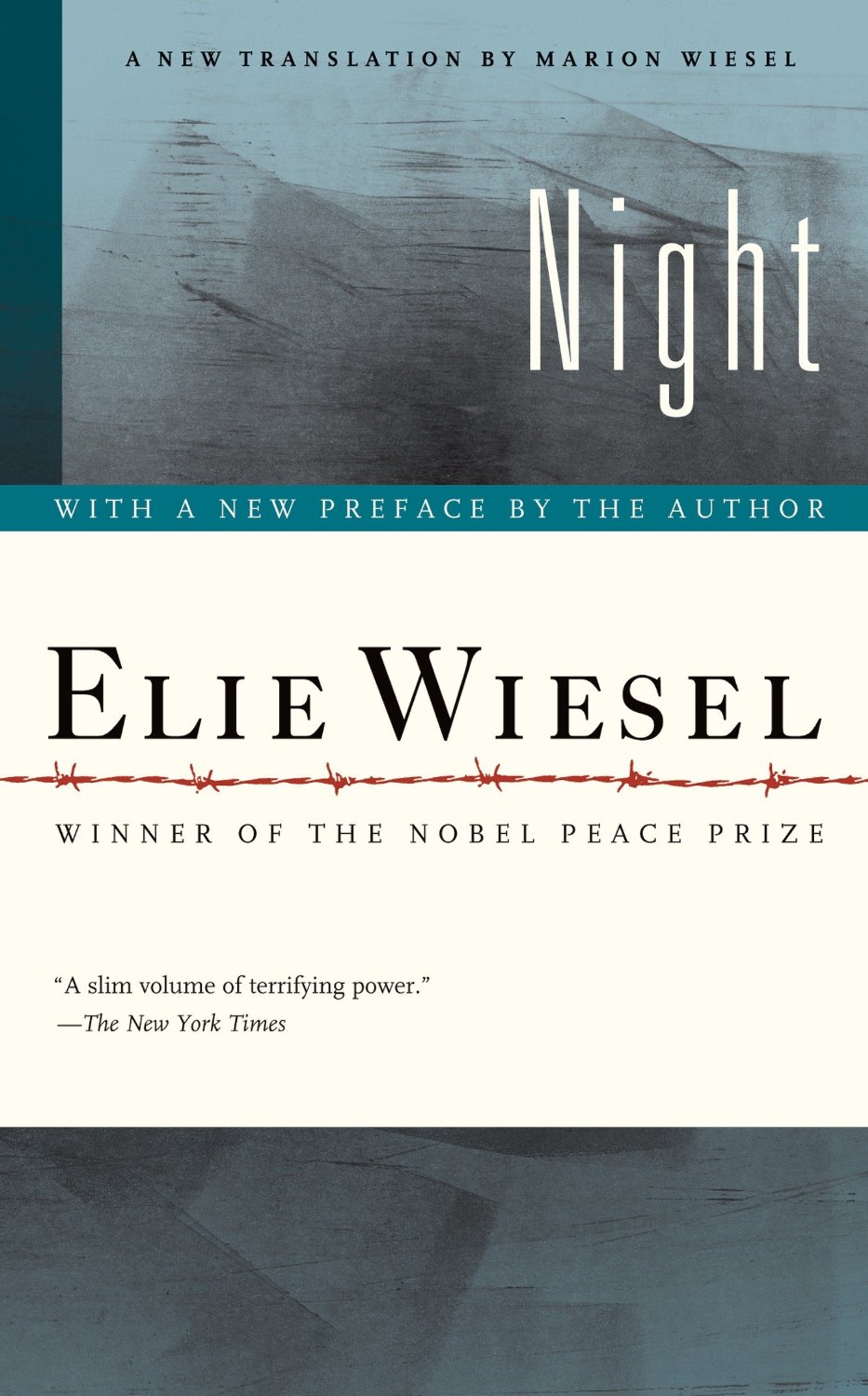 The first thing I did when picking up this book is rip off the Oprah sticker from the cover. Really, does this woman need any more free promotion? Plus, it clashed with my skirt. Okay, just because Miss O likes the thing doesn’t mean it’s necessarily a “women’s” book, but her choices (The Road and A Million Little Pieces, ironically, amongst my other O reads) tend to be emotional and in some way gut wrenching. This was no exception….

I try my hardest to imagine what it was like to be a prisoner in one of the concentration camps during the Holocaust, and despite having that pain somewhere in my DNA, I can’t for the life of me conceptualize the horror. To be treated so subhumanly, to witness such an utter lack of disregard for human life is shocking beyond anything I can grasp. How this could happen is just too much.

That said, Wiesel manages to bring his story of survival in the camps to a level that makes the experience more concrete, somehow more real than the sweeping macro views that we get from movies or documentaries on the subject. Wiesel does that weird thing that a lot of Yiddish writers do; they create such a strange sense of passive defiance and incredulous whatever in their characters that even when they’re being tortured and persecuted to the limit of reality, you just want to smack the shit out of them. It’s a difficult thing to put into words, but for some reason their complaining is annoying in a weird way, despite the fact any of us going through the same thing would be a crying heap on the ground. Maybe it’s just because I see a little of myself in all of these folks.

I don’t need to rehash the whole Holocaust story, or the reasons for it, for anyone, and Wiesel figures he doesn’t either. Oddly enough the story is both an insanely personal one of a father and son trying to survive Nazi atrocities, as well as one that he could apply to any number of “survivors,” or really any number of human horrors throughout the years. His wife alludes to this as much in her forward (of afterward) outlining her new translation. This is a short, albeit gripping true tale about love and survival and a time that shaped a people a nation and apparently a whole bunch of Oprah-maniacs.