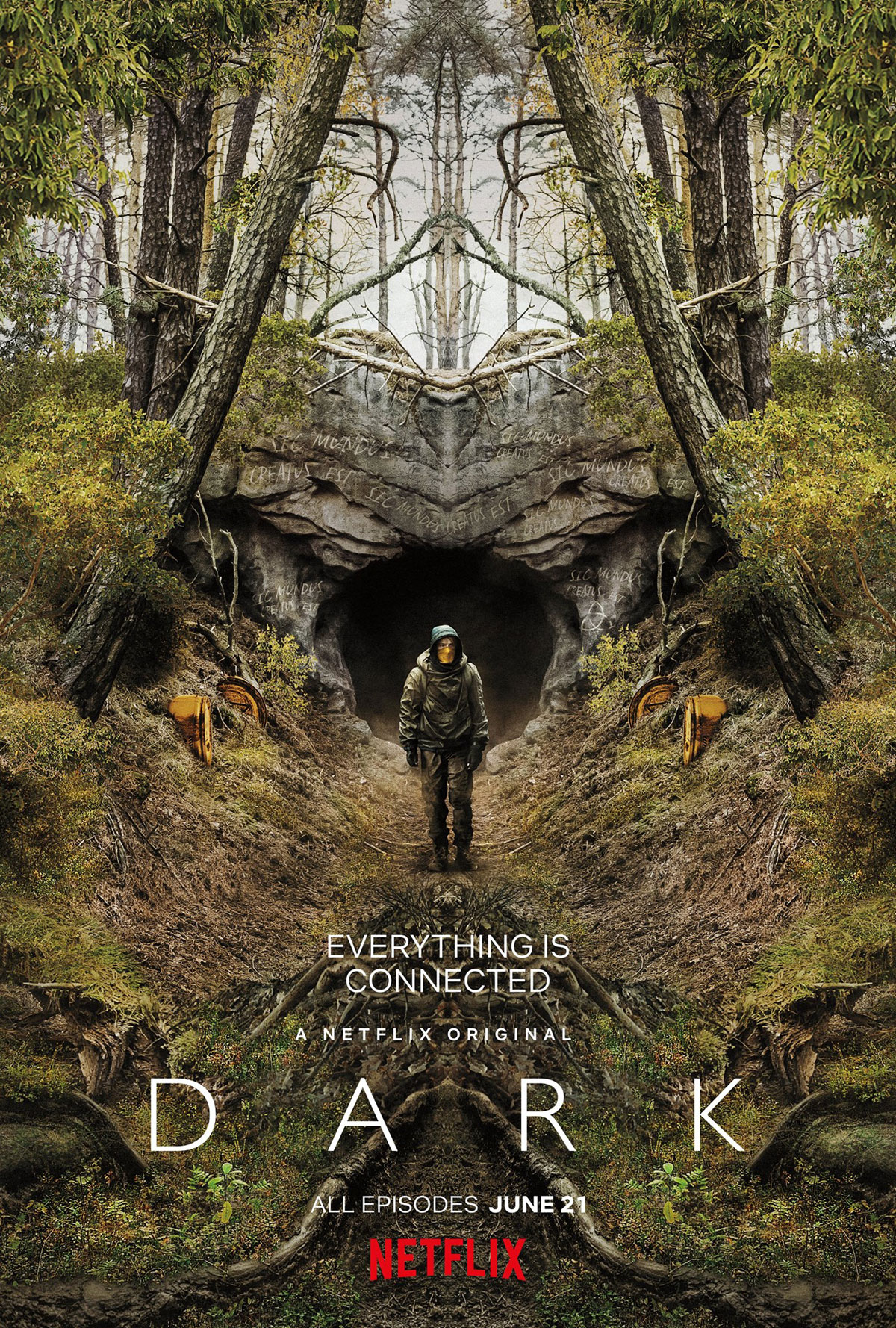 This is one of those shows I’ve tried to sell the hell out of to people who truly enjoy what TV has to offer. I tell them it’s sci-fi with a huge time travel element. There’s mystery and apocalyptic shit. People’s eyes light up, and they’re like 99% of the way there. And then I tell them it’s in German. Rather, I mumble that Dark is, in fact, a show from Germany that also happens to be in, uh, German. And the light goes out. People turn away and look at their nails and basically check the hell out. Seems people don’t like to read subtitles in their off time. And a good number of those same people have some inherent, specific bias against German. Like if it was in French, they might consider it. But foreign and German is just one step too far.

But, if you can get past that hurdle, you will be greatly rewarded with a show that is way the hell out there. It’s a show that was dark and complicated in season 1, but gets way more dark and way more complicated in season 2. Even the clever people who created the Dark posters are in on it, as they show one character, Jonas, walking into a cave in his yellow rain slicker for the season 1 image and that same character looking like a character from The Road walking out of that same cave in the season 2 image. It’s a shift, and a really good one.

To explain this show is almost impossible. But, at its heart, it’s a show about a small German town and its inhabitants who live in the shadow of a nuclear power plant. It starts like a typical European show: with child disappearances and eventual murders. Seriously, it’s like these folks in Europe can’t go a minute without creating a child murder program. But it quickly becomes way more than that. It delves into physics and insane tangles of time travel via portals created somehow through the combination of nuclear stuff and dark matter (thus the title of the show). The focus is on four extended families and how their family trees are related through crazy time-travel vortexes, affairs and other forces.

This is not a show one can watch without a handy-dandy map. Ms. Hipster literally had to go online to find a character map that included pictures. The one she found included 37 people. And I found myself referencing it early and often. Reason being that the particular time travel theory that they use — I believe it’s called the bootstrap paradox or a casual loop or something — causes insanity in the space time continuum. The logic of how things appear and how people come into existence gets unmoored from any sort of timeline. For example: imagine I took the book Pet Semetary in 2019 and went back in time to 1980, three years before Stephen King wrote the book. I then track down King and hand him the book. That book now doesn’t belong to any particular time. It both exists and pre-exists itself. It’s written before King actually writes it, but it’s written by him. WTF!

Anyway, there’s a lot of this kind of stuff. This is a very mild case. The case that actually comes up in Dark, however, are way more consequential and mind-bending. People who were once not related become related in very convoluted ways that can only happen with time travel. People become their own grandparents! There are characters who show up in the same time as both their young and old selves. We had to stop the show every fifteen minutes or so to talk through who was who and what year we were seeing them in. Plus, as I mentioned, it’s in German. So, between the reading and the complication of trying to follow the narrative, this isn’t one you can watch while noodling on your computer.

Underlying all this is the knowledge that something catastrophic happens in the town — and presumably the world. An apocalypse that turns an already dark world into a wasteland. Presumably it’s tied to the ominous nuclear power plant, but we don’t know. Trying to manipulate this future and cheer on this apocalypse is a raisin-looking dude named Adam (who seems to reside in 1921) and his time-traveling priest sidekick, Noah. It’s unclear what their motivation is for essentially bringing on the apocalypse, but we do see over the course of season two who they actually are and what their tie to this little German town, Widen, is. They do us the favor of at least keeping the time travel years to a minimum, making 33-year time loops. Meaning the characters seem to only be able to travel in 33-year increments. So we see 1921, 1954, 1987, 2020 and 2053. The family tree with photos comes in particularly handy here, as the actors playing older and younger versions of themselves don’t necessarily look exactly the same (because they’re not using prosthetics for the most part, but using different actors). It’s like a Gabriel García Márquez novel, but in German. And with way more sci-fi craziness.

I know this show isn’t going to be everyone’s cup of tea. It’s a mystery box show — something I’ve heard people complain about with Westworld. But I’m not sure what the issue is there. It’s fun to try to untangle what the hell is going on, even if the subject matter, attitude and projection of the show isn’t in and of itself “fun.” I mean, it’s still a German show, so I don’t think they were ever aiming for anything other than austere seriousness. I wouldn’t say it’s humorless, but, yeah, it’s pretty damn humorless. I suppose that, unlike Westworld, this one does try to infuse the twisty-turny narrative with some humanity. Perhaps it’s because there are teenagers involved (and they’re naturally emotional), or maybe it’s because people who regret things they’ve done or the way they’ve lived their lives are given the opportunity, through time travel, to make amends. Even if it ends up blowing up the world.

Go watch season 1. Move onto season 2. If you like cool-looking, cool-sounding shows that test your brain a little, this is a definite go to. Plus, you’ll be the cool hipster who can say you watch German television.