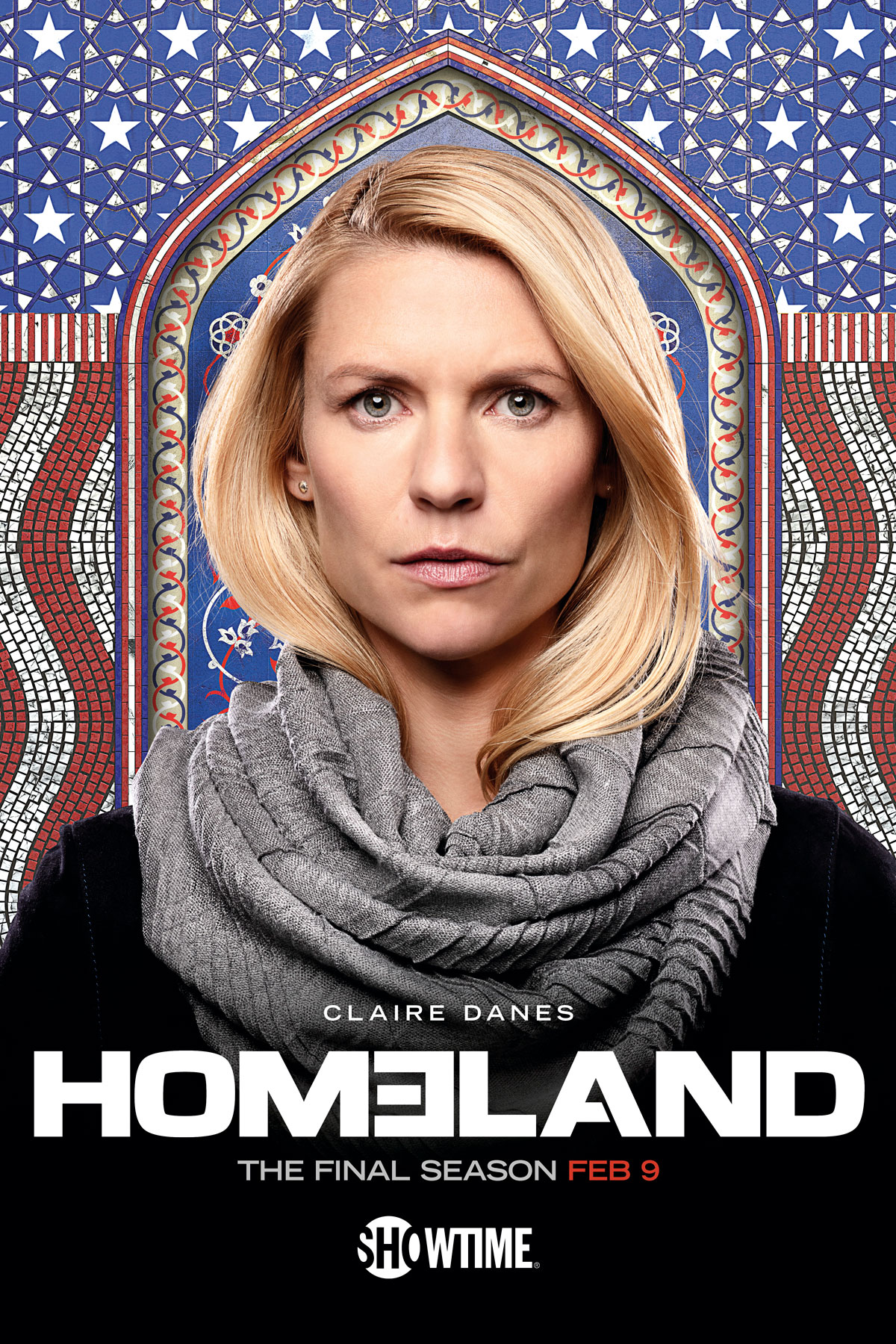 Another in the long line of Showtime shows that stuck around for way, way too long. Ok, it’s no Shameless, but it seems like Claire Danes has been playing Carrie Mathison since she was a youngster. In fact, the series started in 2011, so I suppose she moved from sort of young to middle-aged. And her quirky character changed over the years. Her love of jazz subsided, her neuroses changed and she got closer and closer to the seat of power. But what didn’t change is the fact that anyone and everyone who got close to Carrie ended up dead. Which — if you think about it — isn’t a great thing for a CIA agent.

At some juncture, this show realized it was less of a political series and more of a spy show. One that needed to involve relatively intricate plots about foreigners and lots of shooting, explosions and Carrie on the front or back of motorcycles. But what remained was the fact that Carrie kind of sucked at her job. The entire series started off with her basically falling in love with a re-programmed American soldier terrorist. A seemingly unforgivable sin. And then the CIA building gets blown up, killing 200 CIA people, because she’s an idiot. She continues to make bad decisions, putting people in harm’s way, constantly getting her friends and co-workers killed and generally fucking up left and right. But for some reason her buddy (or maybe her frenemy) Saul Berenson (Mandy Patinkin) always bails her out. But he too kind of sucks, getting constantly fired, rehired, kidnapped and shot. When he’s not busy throwing Carrie under the bus and then promptly rehiring her for a dangerous mission despite the fact he knows she’s unstable and constantly making deadly mistakes.

So here we are in Season 8. The final season. The end of the tale of Carrie and her terrible, horrible, no good very bad life. The same Carrie who has the aforementioned terrorist’s baby and had the annoying balls to name her Franny. Her ginger baby who she spends a couple seasons talking about endlessly. Trying to get back to her. Trying to get custody. Losing interest, eventually pawning her off on her sister and then pretty much forgetting about her all together. By the eighth season they just give a cursory mention of her while Carrie runs around the world, risking life and limb. She is not a quality mother. And clearly the show’s writers got tired of the storyline and just abandoned it. Just like the whole jazz thing. Thank god.

In this final season, we’re back to the Middle East terror group thing. Of course Homeland (or HOMƎLAND) is based on an Israeli show called Prisoners of War. So I’m not certain the depiction of Arab groups has ever been portrayed in a particularly kind light. I’m honestly not even sure what the politics of the show are, but suffice it to say that Carrie is in the Middle East at the behest of now National Security Advisor, Saul (I know, I know), after going crazy in a Russian prison (I know, I know) to do something having to do with the Taliban and shit. There are lots of little twists and turns and all the while Carrie ends up getting people killed. As usual. But she always has the US in mind! Which is great, but she still has very little common sense and, once again, has a sexual affair with a person who she shouldn’t. Seriously, man. She cannot keep it in her pants for these dangerous men!

And, look, the beats of the show are familiar, but it’s still pretty fun to watch. There is absolutely no humor. Carrie is the most put-upon character of all time. Battling her demons in every moment of every day. Danes has this thing she’s been doing for at least five of the show’s eight seasons where she breathes out through her teeth. It’s her way of expressing exasperation. Or when she messes up. Or when she’s angry. Or sad. Or tired. So she’s essentially doing it all the time. Which I suppose makes it more of a tic than anything else. One that Ms. Hipster and I love to imitate every time we hear it. Someone should make a drinking game out of her funny exhales.

Whatever the case, the show is over. At least until Showtime brings it back because they have nothing else on the docket. And in its final season it put together most everything that made the show watchable. International and domestic politics, spy craft, action, crackling acting and lots of craziness. There is some seriously silly shit that goes down with the president and whatnot and it feels like a lot of things get done with six people in the know that would definitely require many, many more, but it’s a fitting end to a show that at least tried to do something interesting in all its different iterations. Even though the very end will make you wonder why the hell you spent eight seasons of television watching this thing and caring what the hell happens to Franny. When Carrie clearly never gave a shit. But at least she’s a cosmopolitan lady now — albeit a compromised one. Or is she?