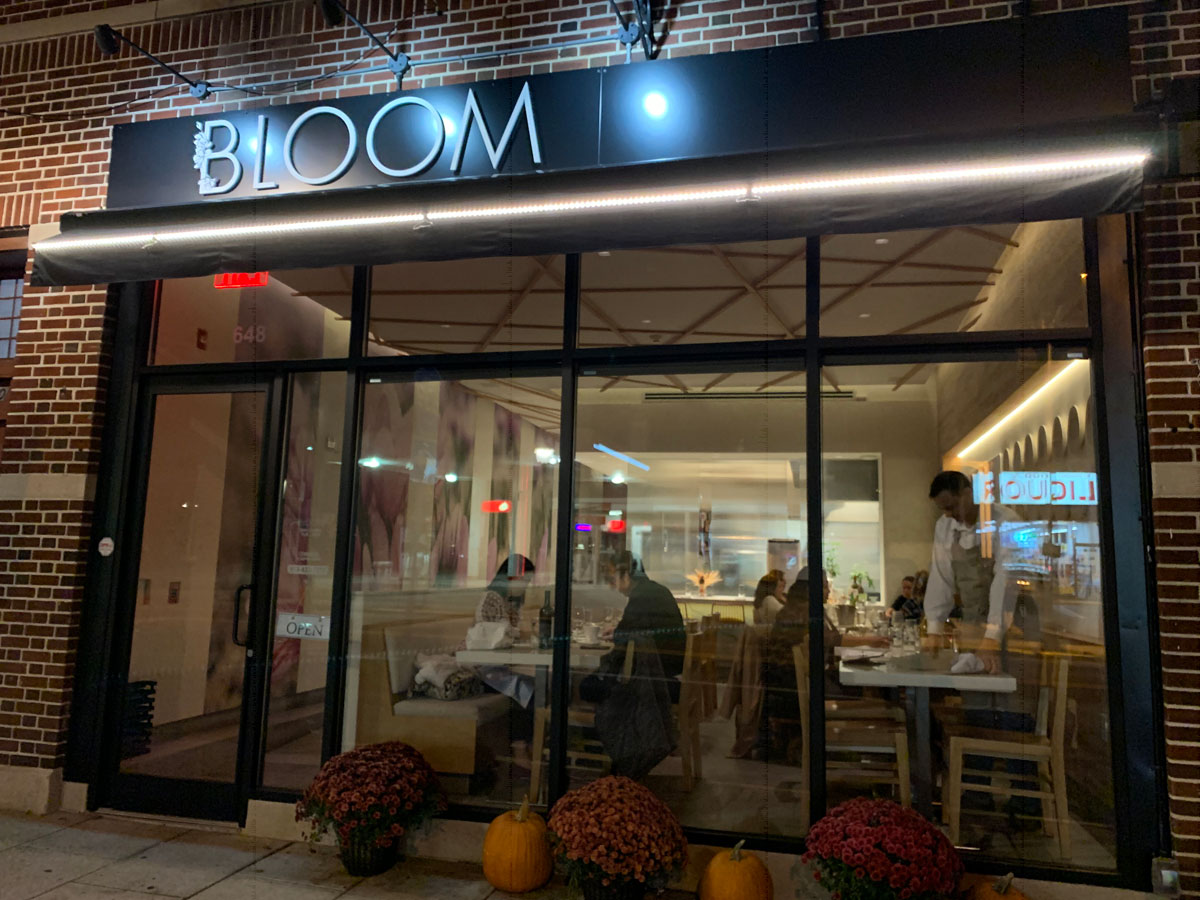 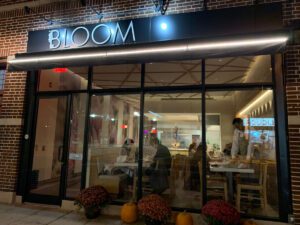 Bloom is a restaurant on Bloomfield Ave. Just in case you were wondering where they got the insanely creative name. What happens if they move? Maybe they become Pine or Elm or something. But until then, this Korean / French / New American local gourmet joint is just fine being the bloom that it is.

It’s cool that New Jersey is attempting to up its game when it comes to cuisine. Not that the state — and even Essex County — isn’t still like 99% Italian restaurants. So it’s nice to find something more “upscale” that doesn’t involve any red sauce or fried calamari. Instead we have a funky French, Korean, American mash-up that makes the menu both fun and intriguing.

We went a little pedestrian on the appetizers. I purposely picked this place because they have escargot, which is usually a guilty pleasure of Ms. Hipster. She demurred. They also have octopus. Which I used to be a big fan of, but had an “experience” in Mexico that, along with reading way too much about their intelligence, made me swear off them for life. Eating them, not like hanging out with them. So we just got artichoke dip, which is like the number-one thing to order at Houston’s. But there is a reason for that. I also got the butternut squash soup because that’s always solid. It was.

And when in a Korean-ish eatery, order Korean food. That’s why I went with the bulgogi with kimchi fried rice. And, dammit, if I couldn’t eat that every day of my life and be happy. It’s sweet and salty and crunchy and creamy. It’s almost the perfect food. And this was a really good one, well cooked with all of its textures and a nice bit of heat. So delicious. Ms. Hipster got some insane-looking lamb shank. It was braised and looked super-crazy. I don’t dig lamb, so didn’t taste it, but it was apparently very rich and apparently like a more gamey (in an intentional way) short rib. Due to the braising and all. They do also have a short rib, which I have my eye on for our next visit. It’s probably the first time I’ve seen short rib on a menu and not ordered it. The bulgogi had that much of a pull on me.

The bright, white space reminds me of that place Dishes in the city. It’s modern, even vaguely space-aged. But kind of gets out of the way and essentially makes it so the only color in the room is the beautiful plate of food in front of you. The dining room is on the tiny side — which I suppose would be called “intimate” — and was mostly filled with women drinking pale wine and talking at volumes that seemed like they’d been drinking pale wine. The joint is definitely not butch.

All-in-all it was a very pleasant experience. The owner/chef came out after our meal to chat and ask us some questions, which we always love. It really gives a nice, authentic touch to know they care about their customers’ opinions and want feedback. It’s also nice to know the people who create the menu also care enough to cook the food. Or at least oversee it. The best part is that there were several things on the menu I had to pass up because nobody could possibly eat that much food. I look forward to coming back, though, to stuff my face once again.