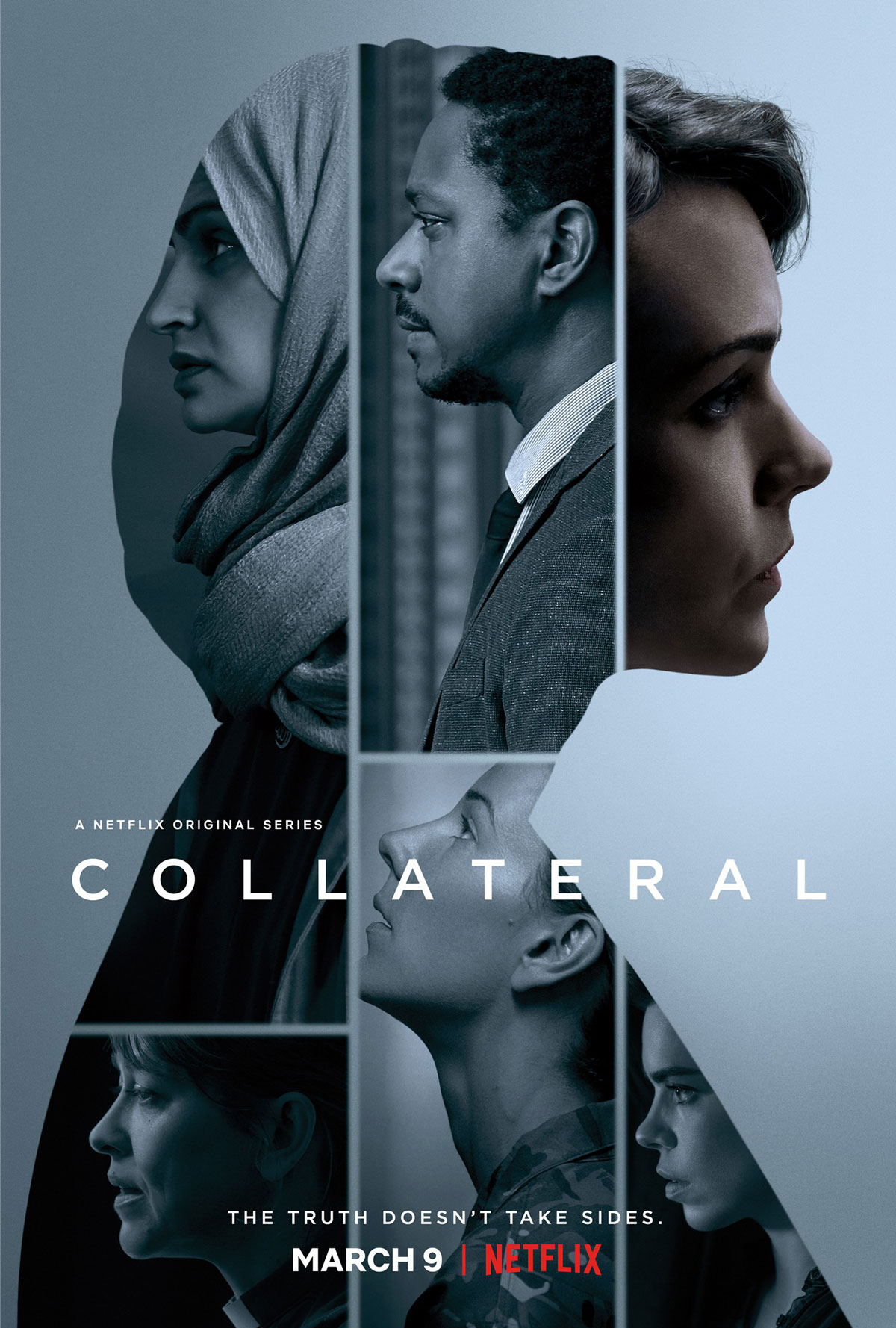 Like so many Netflix shows, Collateral came out of nowhere. Well, it came out of the BBC Two, technically, but I didn’t really know about it until it got plopped in my queue. Based on my clear need to watch every single British cop or crime show on the streaming service, I’m sure the algorithm practically caught fire as soon as the thing dropped. I suppose Carey Mulligan — whom I honestly had no idea was English — is the immediate draw, as the plot is not the most attractive sell. It’s a mish-mash of political commentary about European immigration, Brexit, some political shit that’s neither Democrat nor Republican (because, once again, it’s British), some #metoo and something that I think is maybe weed addiction?

The thing that made it attractive to me is that it’s a true mini-series, running only four episodes long. But they manage to make those four episodes pretty damn confusing and convoluted. Maybe it’s because there are things called Shadow Minsters and it would have certainly helped to have known some stuff about MI5, the British military and The Church of England. Honestly, I just wanted to see Mulligan act the shit out of things and figured that the writing might be decent based on the screenwriter, David Hare’s, pedigree. And they got halfway there, I think.

Pacing. This is a thing that generally separates your English show from your American one. The Brits believe in taking their time to get to a point. They linger. They talk about stuff that has seemingly nothing to do with the plot. They slowly eat toast with some sort of jelly on it and have cops actually sit at their desks — like constantly just sitting. They love to show people driving and getting out of their cars in the rain. There seems to be quite a bit of gardening and cinematic scenes of wind-swept countryside that could be just about anywhere, but maybe resonates with people from England. At least 80-100% of those things happen on this show. Mulligan — whose character, Kip Glaspie, is pregnant on the show because she was presumably pregnant in real life — is constantly getting into and out of cars, usually in the rain. There is a lesbian priest who is either gardening, or looks like she’s on her way to gardening and I’m pretty sure someone eats some particularly British-looking toast at some point. There honestly aren’t a ton of wind-swept vistas, as the setting is mostly in urban London, but you know it’s there somewhere just lurking in the background with its gray skies and bendy, sand-colored brush.

I think what we’re supposed to be witnessing here is a political thriller, cop-show mash-up. It starts with the random murder of a pizza delivery guy in London. My first thought was: pizza in London? How fucking bad must that be? I mean, English food is garbage in general, but even imagining pizza from a small storefront in a seedy London neighborhood made me want to puke. But, my personal horror aside, the assassinated delivery dude turns out to be a muslim immigrant. The immediate thought is that it’s a racially-motivated killing, but there’s just one issue: the dude had a helmet on and was unidentifiable as anything other than a man on a scooter. So there must be more to it. Start the spider web spinning. We eventually figure out that the murdered guy was just a case of wrong place, wrong time and that the usual weed-dealing driver was supposed to be the target. The weed dealer who delivers weed to the ex-wife of a politician who is the Shadow Minister of Transport. Now, I told you there would be some seriously British stuff here. I think this essentially means that he’s the transportation secretary for the party that’s not in power? I don’t know, but he turns out to be one of those thorn-in-the-side of everyone else in government guys. A bleeding-heart liberal who has a very distinct opinion about how poorly immigrants are treated and also is apparently a total ladies man who constantly gets abandoned by the ladies he’s being a man with. But, ultimately, they just can’t quit him. Maybe I don’t get the English stud archetype, but from what I can tell, he’s a smart, insecure dude who can’t keep out of his own way. So maybe that’s the thing. Anyway, the shooting of this guy leads to all sorts of tendrils of stuff going out into the world, but mostly it’s all a giant commentary on the shitty conditions that Middle Eastern immigrants have to put up with when trying to come to a country in which they think they’re going to escape the shitty conditions in their own country. Or at least I think that’s the point.

Thing is, the writers really try to stuff a lot of things into a small package. There’s the aforementioned immigrant commentary, but there’s also a whole string having to do with PTSD in the military, which, of course, is tied to the UK’s Middle East policy and their ongoing involvement in the same wars the US has been mired in for the past two decades. They really cast a wide net, going beyond UK war and immigration policy and into man/woman power dynamics, gay rights within the church, drug addiction and I’m sure some other stuff that I didn’t even understand. I feel like if they had stuck to a more straight-ahead storyline, it would have helped the series gain a wider audience. But the convoluted machinations of getting from point A to point B, and the added layer of social commentary really bogs the thing down. Looking at the ratings from when it originally aired on BBC Two, the series lost audience from episode one to episode two and kept leaking audience through episode four. Like me, I assume the audience came in mostly out of curiosity and some expectations, but left wondering what could have been had they been a little less heady about things, and cranked up the more dynamic pieces of the narrative.