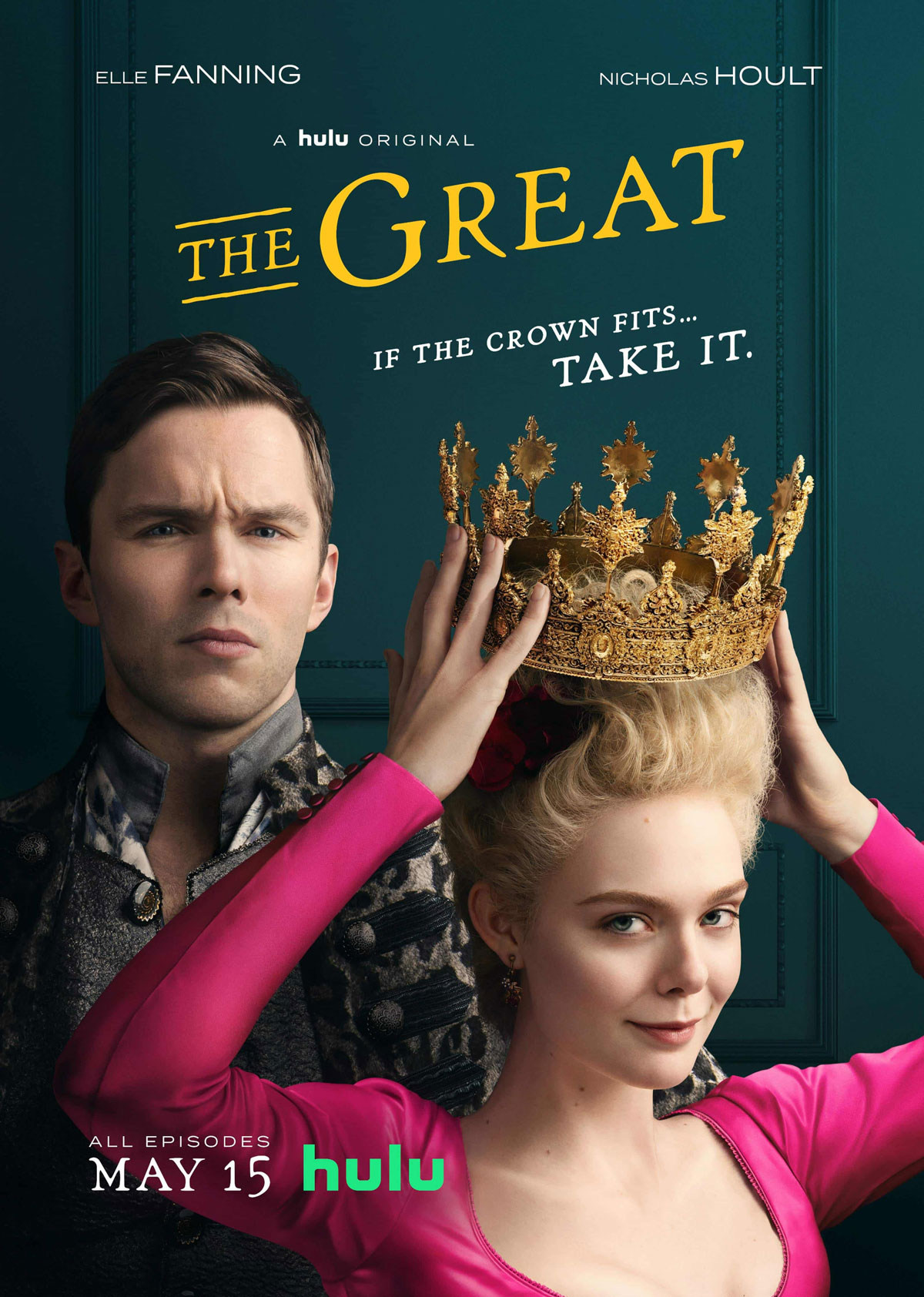 I think I went to a pretty decent high school. I seem to recall taking at least a couple history classes. The only thing I took away from them was something about Sumer, slash and burn agriculture and feudalism. I took no history classes in college that I remember. This is all to say that I knew next to nothing about Catherine the Great before watching The Great. Except to say that perhaps her name was maybe Catherine and that people may have thought she was great. Or maybe it was a sarcastic title? Whatever the case, I’m not sure it mattered much at all what I knew, as the show is only kinda sorta based on her and her relationship to Russia. Broad strokes, sure, but with way more cussing and idiocy than was probably possible. Or perhaps not.

I’m assuming that you, like me, had to Wikipedia the history of Russia and Catherine’s place in it. If you didn’t, perhaps you’re like an educated person or something. Which makes me wonder why you’d be on this site to begin with. So you probably know where this story is ultimately going. But I don’t think the show’s creators care that much about the political dynamics of 1700s Russia. Instead it’s all about palace intrigue. Despite the fact it’s not at all serious about the subject. It’s a ribald comedy after all. Mostly sex and prat falls and large gestures. Actually, it’s pretty much all just weird sex.

Starring Ellie Fanning with what sounds like a relatively realistic British accent and Nicholas Hoult, who looks like a mix between every handsome British leading man ever and Benedict Cumberbatch. They play Catherine and Peter III respectively. I thought for the first few episodes that he was Peter the Great because I thought The Great was like a last name or something. But apparently that was his father. Also, the painting on Wikipedia looks nothing like Nicholas Hoult. Which is fine because the series only nominally follows the reality of that marriage and relationship. Mostly the show is people drinking, screwing and throwing glasses on the ground while shouting “huzzah!” Obviously everyone speaks English (mostly with some sort of UK or Australian accent) and there are black actors playing both Russians and Swedes. Which I imagine probably wasn’t a thing. This is all to say that the show just uses the framework of the royals and their story to create a network of wackiness.

I realized a few minutes in that I don’t really know Elle Fanning. I mean I remembered I’d seen her about 1,000 times in Super 8 after Hipster Jr. became obsessed with that movie and watched it on repeat. But she was just a child in that. A really good actor child, but a child. In this show she is equally good. Like adult good. Despite the fact I think she’s supposed to be maybe nineteen or twenty. It still makes me a little squeamish watching sex scene after sex scene with her in it, but I suppose they’re not graphic per se (in a nudity kind of way), but it’s still weird even if they are sometimes played for laughs. In fact, I think Hoult has sex about 400 times in the span of the ten episodes in the first season. With her. With his best friend’s wife. With both of them and some other people. I don’t know, but there is an awful lot of banging. Which I suppose is probably not unrealistic behavior for what amounts to drunken, debaucherous idiots with uncurtailed power. Boorish is what I believe they call it.

Anyhow, the tale is essentially one of a fish out of water. This young, German princess married off to this Russian king who treats it as the arranged marriage that it is. A marriage that he expects to give him an heir. But, over time, he comes to enjoy her company and she comes to see some idealized version of Russia that she thinks she can create. A power struggle ensues and people drink and fuck. And spout modern dialogue a la The Favourite (a movie I’ve never seen, but know a lot about). It’s like Dangerous Liaisons, but way more silly.

The acting is all around pretty darn good. The costuming and sets are very fun, although I’ve no idea of they’re accurate. The dialogue is smart and cruel and witty. All very British-feeling, truth be told, but entertaining in its cheekiness. The narrative is just there enough to keep the some intrigue, but it’s really more of a goofy, but smarter-than-average workplace comedy. It just so happens the boss can have people murdered and tortured and eat soup out of Swedes’ skulls. And, of course, lots of sex havin’. It’s like Veep on steroids, I suppose. The first season ended at a true pivot point for the king and queen’s relationship and for Russia itself. Of course there is history to consider, so we should know how things all turn out. Although that’s certainly not a guarantee given the series’ propensity to bend events. I am a little scared that season two will just be more of the same sex, glass throwing and “huzzahs,” but perhaps they can figure out a clever way to make history come alive again.