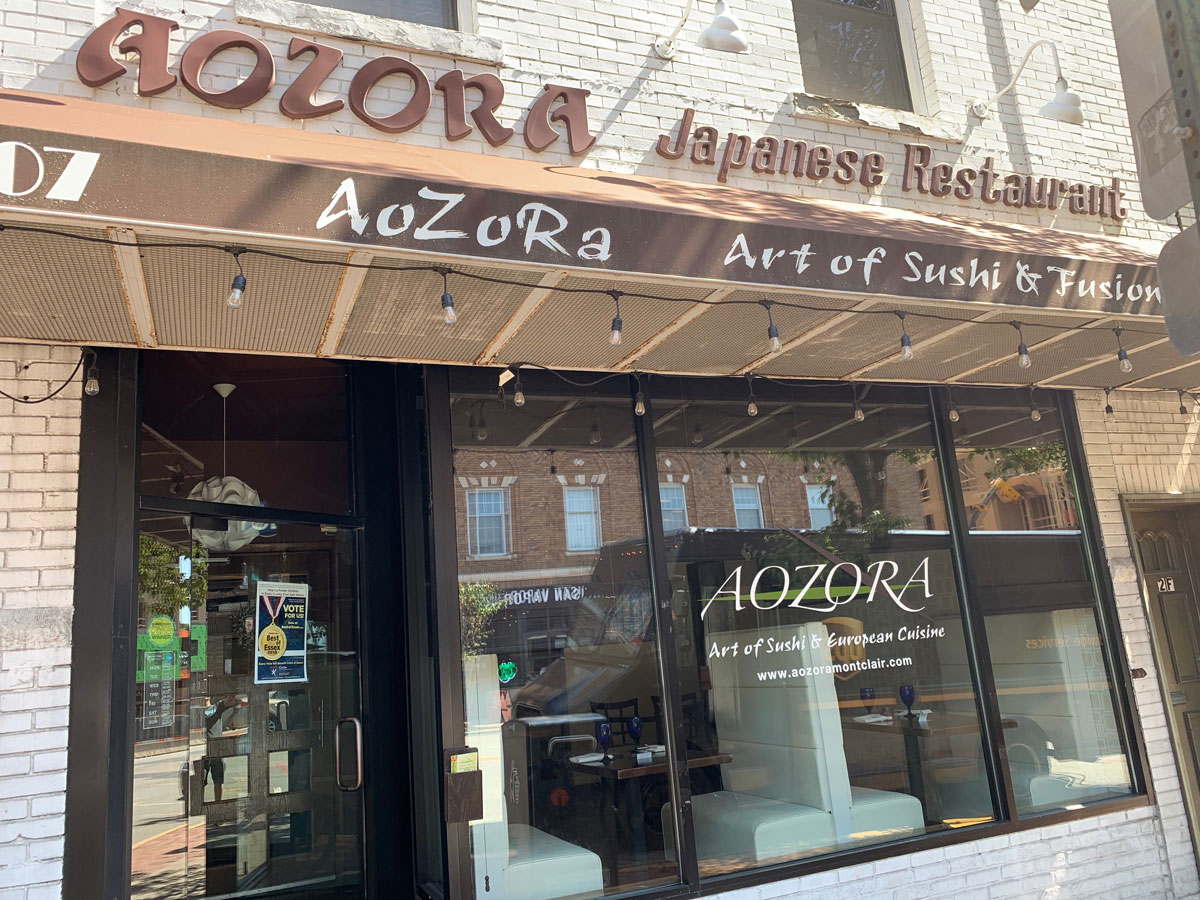 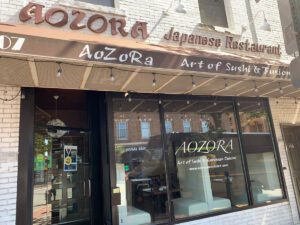 So why, you ask, is this relevant to Aozora, a sushi joint in the middle of Bloomfield Avenue in Montclair, the home of at least a bushel of New York Times reporters? It really isn’t, but there’s not a whole lot to say about what amounts to a solid, albeit mundane, Japanese restaurant.

Does Aozora have a bunch of funky, creative rolls? Well, they have 27 “specialty rolls,” but they still feel relatively normal and not overly crazy. Do they give them weird names like “The James Dean” or the “Rock ‘n’ Roll Daddy?” Sort of. They do, in fact, have a “rock ‘n’ roll” and something called a “sexy girl roll,” but nothing named after celebrities, cars or like Superfund sites. They serve pretty traditional fare, with a few little twists, but mostly you come here to get a solid meal without too much wackiness.

I do feel like they’ve redecorated the space about 100 times since they opened. They’ve finally settled on a modern Asian thing that mixes dark wood and white leatherette, giving it a West Elm showroom feel, but with decent, low lighting. Honestly, it’s one of the better decorated places in the area and is a step above the other Asian and Indian restaurants in the vicinity. Granted, I generally get their food to go. They’re pretty good with timing, though occasionally I’ve found myself standing in their vestibule refreshing Twitter like the political junkie that I am.

Their prices are not particularly low, though they’re pretty much in line with any of the sushi places in the area. It’s not the “cheap” sushi option that my folks love in LA, but the quality is certainly on par with the cost. The thing they give you is consistency. I know what I’m going to get when I order here. The portions aren’t overly generous, but the fish always satisfies and makes you feel like a better human than stuffing your face with yet another trough of pasta or four slices of pizza.