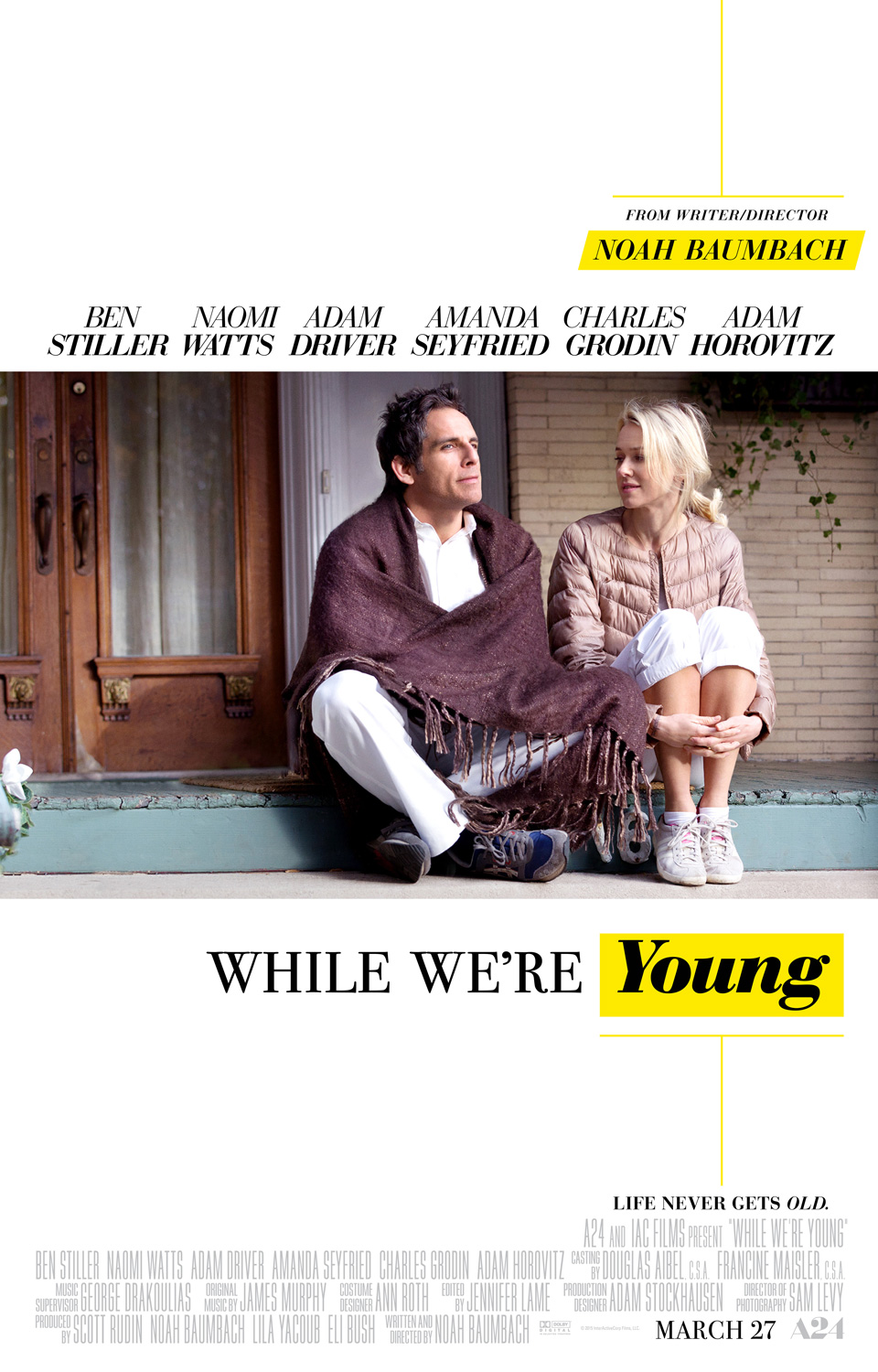 There are always claims that so-and-so is the “voice of a generation.” It spans media, from film writers and directors to singer-songwriters to politicians. Thing is, I generally don’t buy into that nonsense. Or at least, just because someone is or isn’t the voice of my generation doesn’t mean I should or will like him or her. And then there are those artists who don’t even try to be the voice of anything. The Coen Brothers I love. They are not my generation, nor do they claim to speak for any one era of people. The closest they get is A Serious Man, and while I really liked that movie, that is a generation that is theirs and not at all mine. However, I’m starting to think twice about my stance. Noah Baumbach. Yes, he is several years older than me, but often times I’m seeing his movies a few years after they come out, or can project a few years into the future and can see myself and my friends in his characters. Granted, like a lot of these types of things, I’m a relatively privileged Jew living in the NYC area, so the projection isn’t that difficult to do.

So while I will never claim anyone as the voice of my particular generation, (which, by the way, is Gen X) I will hold that crown in waiting for Baumbach after this movie. That said, it’s not that I am anything like his main character, Josh Schrebnick (Ben Stiller), with his indecisive life decisions, inability to finish what he started and his regressed lifestyle. The man is a documentarian who finished one doc that nobody saw and continues to struggle to finish his second going on a decade. It’s one of those stories we’ve seen and seen (think Wonder Boys) where what was once a concise and possibly interesting work has swirled and ballooned and become something bloated and unfocused. It’s unclear exactly why the man at the heart of this has allowed his baby to become this ugly thing, but we, as the audience, know it’s less about not being able to finish the story, but the fear of finishing the story. Such is the case with Mr. Schrebnick, as his father-in-law is, of course, the most famous living and successful documentarian of all — and his mentor. Oh, families!

And then come the millennials. Damn kids. That damn Adam Driver kid (Kylo Ren to all of you Star Wars heads) and his girlfriend, Amanda Seyfried, show up to one of Josh’s classes and manage to beguile him with their millennialness. They’re just so free and open-minded and not self-conscious. They’re fascinated by old technology (LPs and VCR tapes and bicycles) and wear stupid hats without a second thought. They’re so nice and complimentary and not wrapped up in success and money. It’s just so opposite of what us Gen Xers are attuned to. We are all self-deprecating and concerned about how we’re going to pay bills and what others (including loved ones) think and perceive about our successes. In Josh’s case, all of these elements freeze him into inaction, whereas Driver’s character, who also just happens to be a fledgling documentarian, parlays his free-spirited (and, on the surface, stupid) ideas into stepped-in-shit success. And Josh thinks it’s just because of his free spirit and open mindedness. But we know better. Don’t we?

Not diving too deeply into the plot, the thing that Baumbach gets right is the vision of the younger generation through the eyes of the older. Being a person who seems to have worked with younger people going on a decade and a half at this point, I too thought at one point that I could and should build my own desk. I shit you not. Some young designer I worked with told me he built his own desk and how awesome it was. I looked up plans and really thought I could do it. I never did it. That exact scenario comes up in the movie when Stiller gets the idea from Driver. It doesn’t happen for him either. Stiller also goes out and buys a similar stupid hat like Driver’s and tries to ride a bike instead of taking the train or a cab with funny old-guy results. All stupid things for a forty-something guy to be doing.

But, for some reason, we perceive that all these footloose ideas and activities espoused by millennials are somehow a sign of their free attitude and complete lack of care about what others think. But when you really dig, they are actually more conscious of all these things, and wearing stupid hats and dumb jean shorts and watching VHS tapes is all their way of being cool, even though it seems like the opposite. This is the look-at-me generation who is, in fact, more obsessed with praise and conformation than any other. And public admiration and public success. It’s just their measure of success is different. Theirs is measured in likes and follows and hearts and stars and views and whatever the hell happens on Snapchat. And it all started in childhood where every kid born in the 80s and 90s got a damn ribbon and trophy and medal for coming in last place. We lost all the time as children. And it sucked. Nobody likes losing, but it taught us that to change that bad feeling we just had to try harder next time. We may never win that first-place trophy, but we had to be okay with the self-satisfaction that we tried our hardest. And maybe this time it wasn’t good enough to win the trophy, but next time I will put myself in a position to win it. And the next time some people won, like the happily-married and child-full friend character played by the Beastie Boys’ Adam Horowitz, and some people just continued to go home without even a participation ribbon like Stiller.

So my main take away is fuck millennials. Kidding. My main takeaway is that I may not be exactly like Stiller’s character and may be more like the Horowitz’s character, but I still do appreciate the lack of weight the young seem to carry with them. I’m jealous, honestly, but it’ll be interesting to see how Baumbach tackles the generational divide once those Gen Y folks start taking over the world and realize that the world is a serious place that follows serious rules and exacts harsh judgement on those who can’t or don’t follow them. Or maybe, like their youth sports, they’ll just change the rules and give themselves first-place trophies all around.