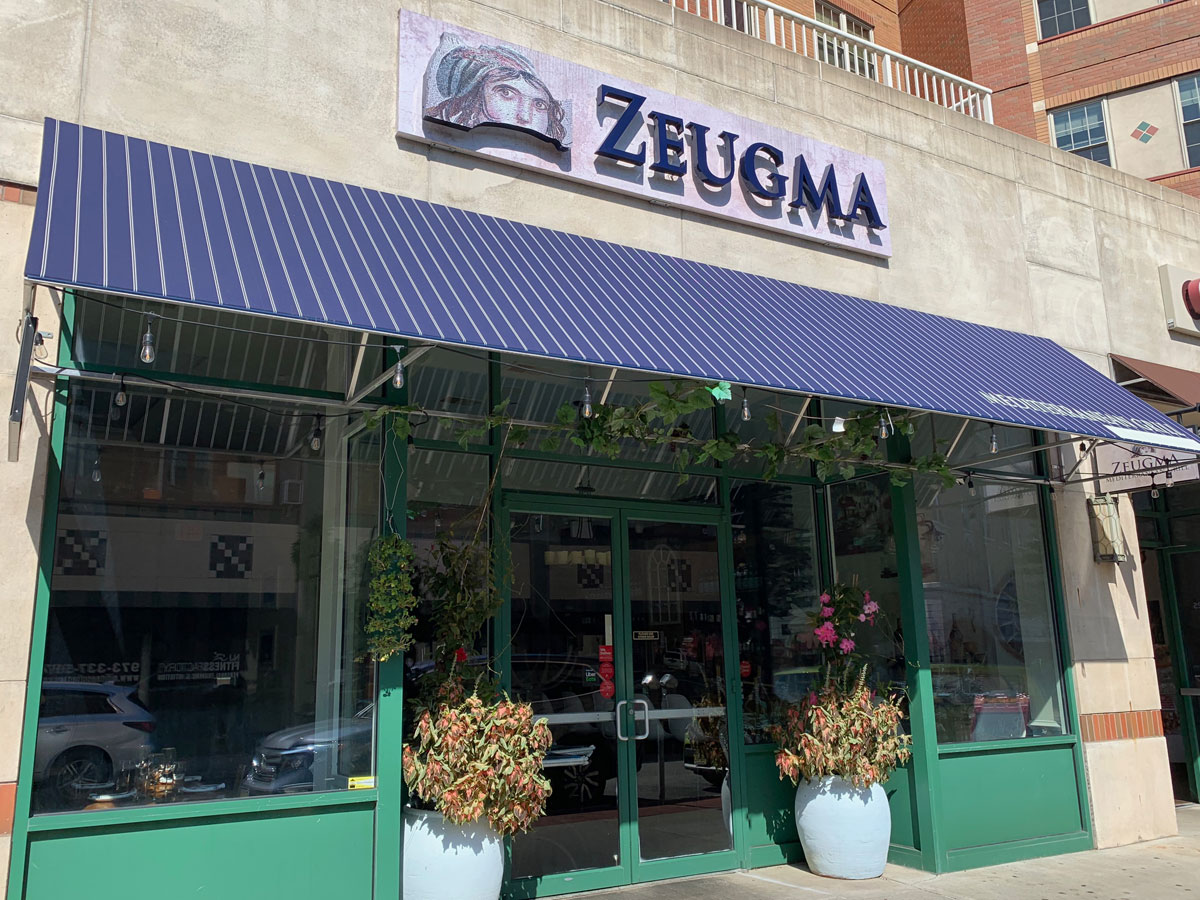 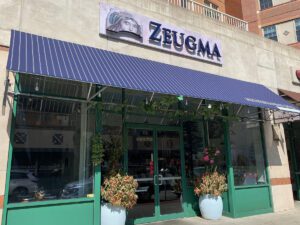 Greece is the time, is the place, is the motion. Now, Greek is the way we are feeling. For dinner! Actually Zeugma is technically Mediterranean/Turkish and not Greek, but us Americans don’t really quibble over ancient enemies and whatnot.

Quite frankly, I didn’t expect this place to make it. Not because of anything they’re doing, but because every single other restaurant that occupied this space prior to Zeugma failed spectacularly. Like in a seemingly catastrophic way. I’m not sure if it’s the oddball location in the bottom of a large condo complex, or the overpriced attempts at American food and weirdness in its past, but nobody seemed to be able to make it work here. Until now.

I think Zeugma definitely hit the Mediterranean thing at the right time in town. There were a couple Greek-like joints in the immediate vicinity that had closed as it opened. There’s still a relatively popular Greek eatery in town, but it doesn’t have the kind of centralized foot traffic that Zeugma enjoys. And, once inside, the people who designed this space definitely wanted to transport you to a Greek isle or Turkish resort (if there’s such a thing), or like what a person like me who has never been to the area stereotypically assumes one would feel like. You know, lots of white arches and stuff. Well, they take that and mix in just the right amount of Jersey pink neon. All in all, it’s a pretty comfortable place to eat some hummus.

One could come here, bring a nice bottle of wine and just get the mezze platter and be pretty darn happy. Ms. Hipster and I did that one early evening and it was a pleasure. We did the hummus, baba ganoush and pumpkin muhammara. That last entry was by far the most challenging of the three — being pumpkin puree, walnut, garlic, feta cheese and black sesame seeds — but was funky in a weirdly addictive kind of way. Paired with nice, puffy pitas and wine, it was a joy.

We did end up going back for an actual dinner (ordering the hummus and baba ganoush again). The entrees, while relatively unadorned, were satisfyingly tasty. The entree menu is small (about nine items), so I went traditional and got the chicken shish. It’s a bit pricey for what it is at $23, but the chicken was cooked correctly and meshed well with the sides. I wouldn’t necessarily rave about it by any means, but it did its work. Really, like a lot of these Mediterranean mash-up restaurants, the secondary items are the stars. All in all this makes for a great place for a drop-in and a casual light meal in the heart of Montclair’s downtown.