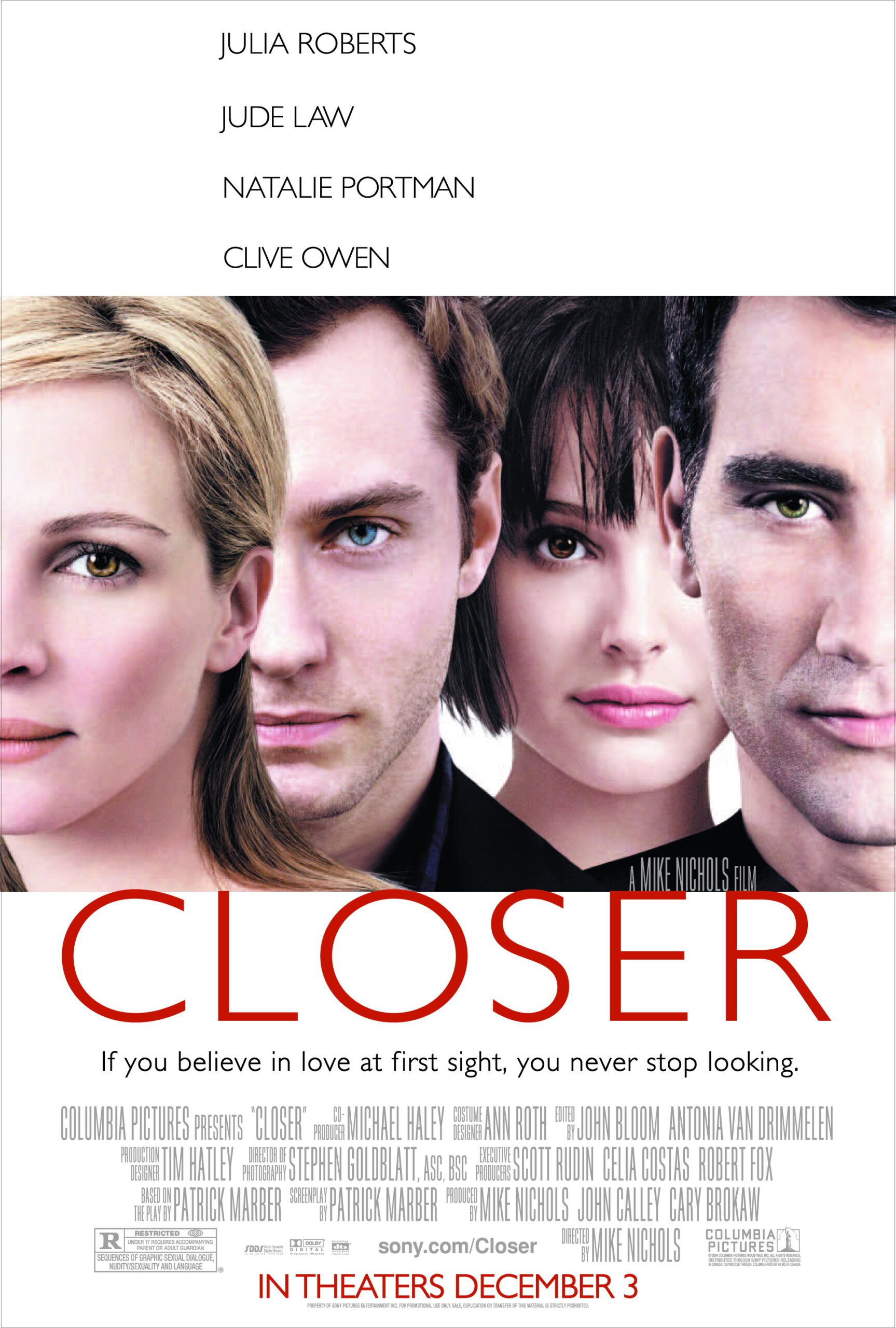 This is the last time I accidentally add a film to my queue. Okay, it won’t be the last time, but it’ll certainly be the last time I watch a movie I’ve accidentally added to my queue. For some reason I was under the impression Jennifer Connelly was in this movie. There’s no way I’d confuse her and Natalie Portman (and no way I’d confuse this film for, say, Dark Water), but maybe there was something about the promo that reminded me of Requiem for a Dream. Whatever the case, not only was Connolly not in the movie, but the thing sucked in every way Requiem for a Dream did not.

The opening scene was actually quite promising, with Alice (Portman) coming into slow motion focus, overlaid with some sappy Damien Rice song that is so sad and infectious that they use it to bookend the whole movie–wrapping it in a cloak of depression. This starts one of the two relationships in the film–that between the obituary writer, Dan (Jude Law), and the stripper, Alice. They make an unlikely couple, but somehow work, with Law’s genteel Britishness and Alice’s brasher New York thing.

The movie skips forward in time and our friend Dan has moved on from writing obituaries to writing a novel. The odd thing is that his personality has completely changed. I’m not sure if that is intentional, but it’s kind of jarring. This once meek man now tries to seduce the beautiful Anna (Julia Roberts) as she takes his photo for his book dust cover. Thus the introduction of our third character. Anna initially rejects Dan (who is living with Anna), and in an act of revenge Dan seduces an online perv, Larry, played by Clive Owen (who is especially creepy) by pretending to be a woman in a chat room and sending him to meet Anna. The set up goes astray as Anna and Larry actually end up hooking up and becoming a couple. And the blah blah bluster begins.

To say it’s obvious this was a stage play is putting it mildly. Characters stand around in rooms and talk and talk and talk. They talk in ways that no other humans other than humans in plays talk. There’s a bunch of stuff about truth and truly knowing people and identity and whatnot. It turns out, of course, that Dan is a complete cad, and a pretty sucky writer to boot. After his book fails he seeks solace in the arms of Anna with whom he feels more of a kinship than his stripper girlfriend (about whom his failed novel was written). To complicate matters, she’s already married to Larry. So it’s basically just a big game of musical beds. There are a lot of hurt feelings, a lot of highfalutin discussions about crap that just doesn’t matter.

The entire time all I wanted to do was smack the crap out of Jude Law; he’s just such a sniveling jerkoff. Clive Owen looks like bizarro Nicolas Cage and seems to constantly be breaking out in weird little rivulets of sweat. The whole thing is pretty unglamorous. So, of course, things get complicated and there are some swaps and some hard feelings and a lot more talking and everyone gets their just desserts for the most part. And then they throw a little Usual Suspects, Keyser Soze action at you at the end of the movie. Granted, it’s not Kevin Spacey walking away and Chazz Palminteri dropping that damn coffee cup, but it’s a decent attempt to try to sum up the point of the film in one little scene. If my head wasn’t spinning so hard from the eight scenes before it, it would have had more of an impact, but it was kind of a wet firecracker moment.

The depression haze followed me to bed and into my dreams that night. I guess it says something about the movie that it affected me, but watching an episode of COPS also makes me kind of sad for humankind, so it may not be saying a lot. If you’re looking for something light, stay away. If you’re thinking of renting this one with a date, you might as well break up now and save yourself the trip down horror boulevard.