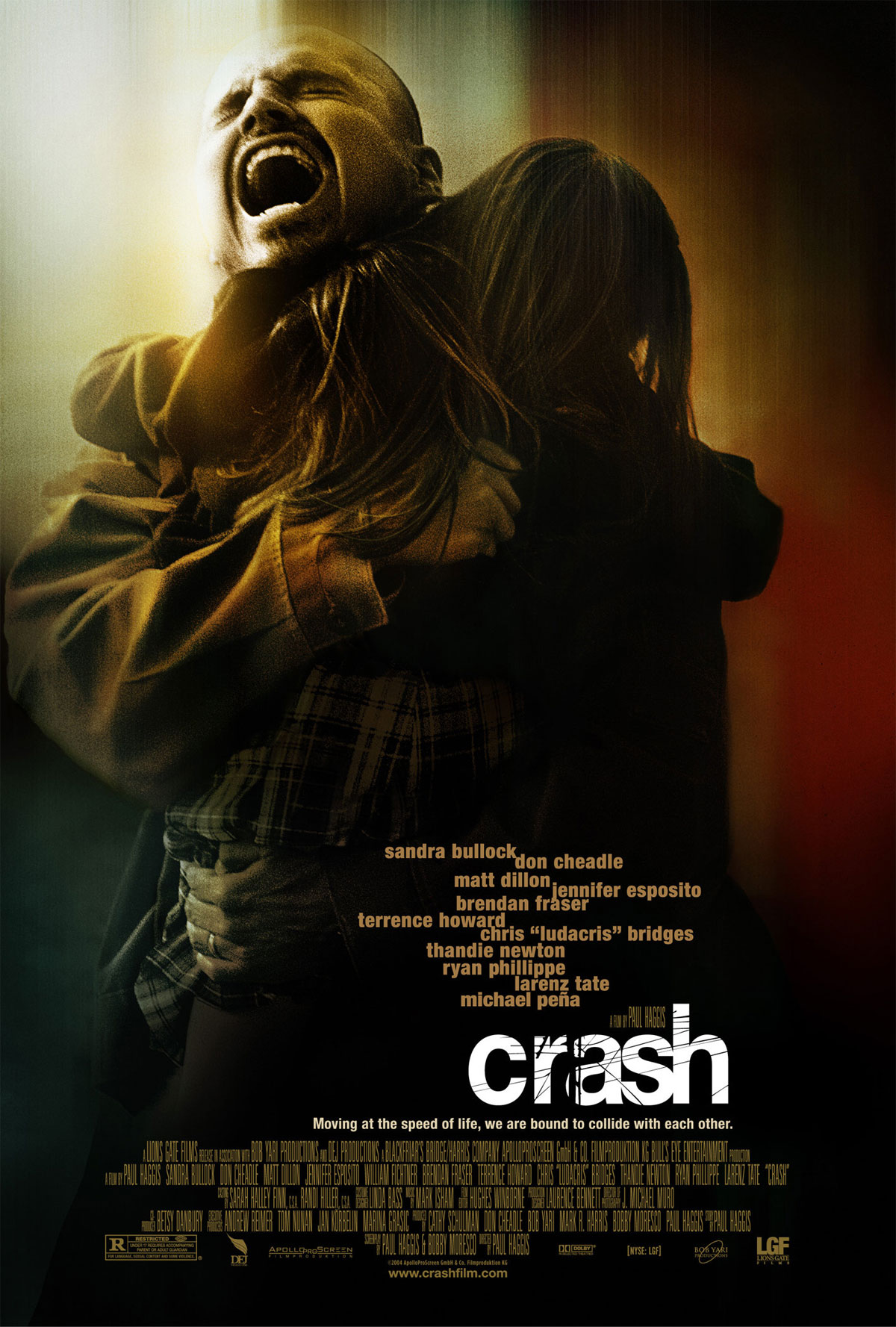 I haven’t been this torn about a movie in quite a while. I was actually rather enjoying it until I spotted Ms. Hipster rolling her eyes and even once throwing back her head in disgust. And I’m like the biggest film skeptic in the world, but I’m allowing the second-biggest ruin what up to that point had been a relatively interesting experience.

I knew from the beginning that this wasn’t going to be a subtle affair. I knew this wasn’t going to be a nuanced look at race relations set in the context of a larger plot. That was the plot. Everyone is a racist, and you shouldn’t judge a book by its cover. The writer comes right out and basically screams this. Not an original concept, nor a particularly compelling one, but I was taken by the glossy sheen of the whole thing.

Of course, shortly after hearing this lover of the Lifetime Movie Network huff and puff over some seriously awkward dialogue, my skepticism started to grow, and the fancy camera work showed itself for exactly what it was: an attempt to cover up truly awful repartee. Listening closely to conversations revealed some ideas not worthy of a freshman ethics class or bad Death of a Salesman rip-offs or early Spike Lee films.

And what did we actually learn from this movie? Blacks are inherently good, but are situationally bad. Whites are bad, but feel really bad about it. Hispanics are thought to be bad, but are really, really good. Asians are bad-driving, money-grubbing evil-doers. Arabs are bad because they don’t speak the language, but are ultimately good, god-fearing people like whites from the Midwest. It is weird that the only minority group you can consistently bash is Asians. I’m not sure why that is. I blame it on that Jackie Chan and his crazy Rush Hour antics. Or maybe the Asian anti-defamation lobby is lazy and shiftless. It’s all just stupid.

There are basically four or five stories that weave themselves together, uniting different cross-sections of Los Angeles. Growing up in that city, I don’t really recall the Valley being a dangerous place for African Americans, as it is alluded to. I mean I know the Westside (especially Beverly Hills) cops were fond of pulling folks over for DWB, but apparently I had my head in the sand about all these closet racist freaks. Oh, and Brendan Fraser as the D.A.? Jesus, next we’ll see Keanu playing the Secretary of State. That was some serious miscasting, but what are you gonna do when Dudley Do-Right/George of the Jungle is willing to do your small film?

And then there’s that “ending.” I threw quotes around it because it’s not as much an ending as it is a movie with a 6.5 million dollar budget that was already over two hours running out of film. Seriously. The thing just kinda peters out. It’s like they got to page 122 and just gave up and panned away. Maybe I shouldn’t take these things so literally, but it’s difficult when the filmmakers are so earnest with their message. And exactly what that message is is a little lost on me to be honest.