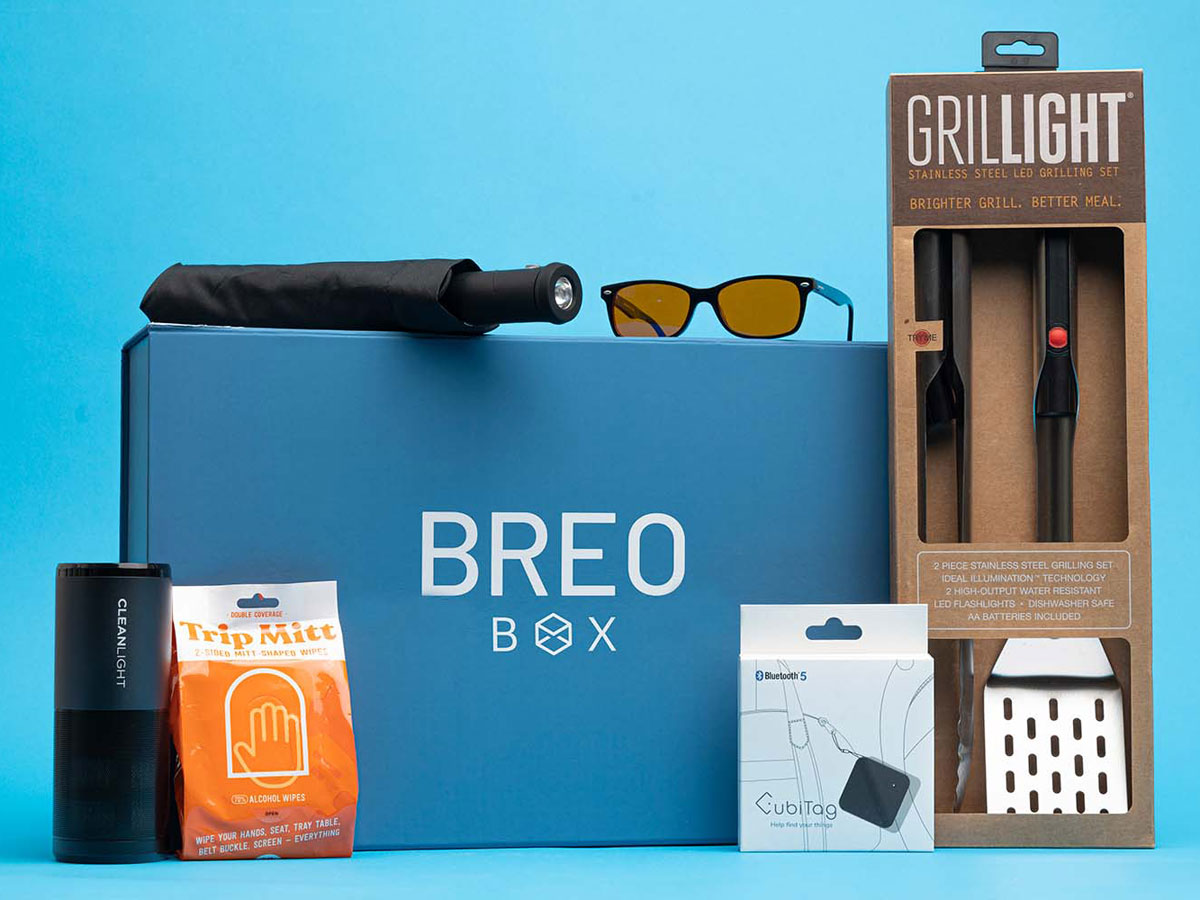 I have to start by saying that BREO BOX is a pretty cool gift for any dude or dudette in your life who likes gadgets and tech toys. But like any mystery box type thing, your success and/or usage may vary. The boxes are generally unique and present enough different types of products to make one at least 66% happy with each delivery. But, again, some boxes are better than others.

For instance, I’m not sure who needs a Tushy Travel Bidet? I, for one, do not. In fact, I’m not sure why anyone would think what amounts to a collapsable squirt bottle that you shoot up your butt would be a viable product, but I imagine I’m not the target audience. In fact, that Spring 2021 box was particularly weak. Beside the “bidet,” it included a smart jump rope, which I suppose might be an okay thing if I ever cared to jump rope. Though in my couple of attempts to make it work, I found it a little janky and difficult to use both in its physical application, as well as its connection to the associated app. There was also what I think was a hardcover self-help, “success” book and a card game that involves something that sounds a little like a rip of Cards Against Humanity? Not exactly technologically advanced stuff. I did appreciate the Zippo hand warmer for those cold-ass soccer games, and even the Corsicle lunch bag thing that happens to fit a six-pack of beer cans pretty darn well. But, again, not exciting, new tech by any stretch.

But now that I start looking through BREO’s archive listings, maybe that box with the butt washer isn’t the least impressive. I think I was just ticked off about the book, honestly. But rather than focus on some of the items that have failed to make their mark on my day-to-day life, I’ll… Well, that’s mostly the issue with gadgets and toys. Some, like the CleanLight air purifier thing that I set up in my office, just sits there and runs all day. Is it making my office air cleaner? Not sure. But it has a cool blue light and it psychologically feels like it’s doing something. But it’s not like a drone or something. I just set it and forget it. Same with the Sohp automatic soap dispenser, which sits on our kitchen counter and is super practical and is used every day many times a day. And the Casalink smart plugs, which control my bedside lamp and our sound machine via Alexa to perfection. All of the daily-use stuff is great. Am I gonna use a sanitizing wand every day? I mean, I suppose I could, but I’m not the dude who put my packages in the garage for seven days during the height of COVID. So, probably not. And, yeah, I’ll use an umbrella with a light on it when it rains. But otherwise it’s in the front closet. Honestly, my favorite thing is the Eufy cordless vacuum. It looks cool and works like a charm for my little dust bunnies and whatnot.

Probably the most impressive thing about BREO BOX is the actual, physical box. With the exception of the Spring 2021 box — which was actually a very nice, wooden crate — the items all come packaged in a classy colorfully coated box with a magnetic closure inside a linen bag. They definitely have the design and marketing piece down. So what it ultimately comes down to is what arrives in your particular box. That’s subjective, of course, but in my mind the idea is that they give a mix of some things that are practical, everyday updates of things you can use. Along with a couple “new” things that you probably don’t have, or didn’t even know you needed. Like I was excited to get some cool LSTN wireless earbuds, but had just bought some new ones the month prior. I mean you can never have too many headphones, but I look at those earbuds on occasion and wish I was able to rotate them in between my others. Point being, not many people are already going to have an inflatable chair, and one can always use another smart tag or plug, but it’s a tricky balance to give you cool stuff that won’t duplicate something you already own that will most likely be a better version of what they send you. It’s a fun service and certainly makes for a classy gift. But it can definitely be a luck-of-the-draw thing in terms of what you get out of it.