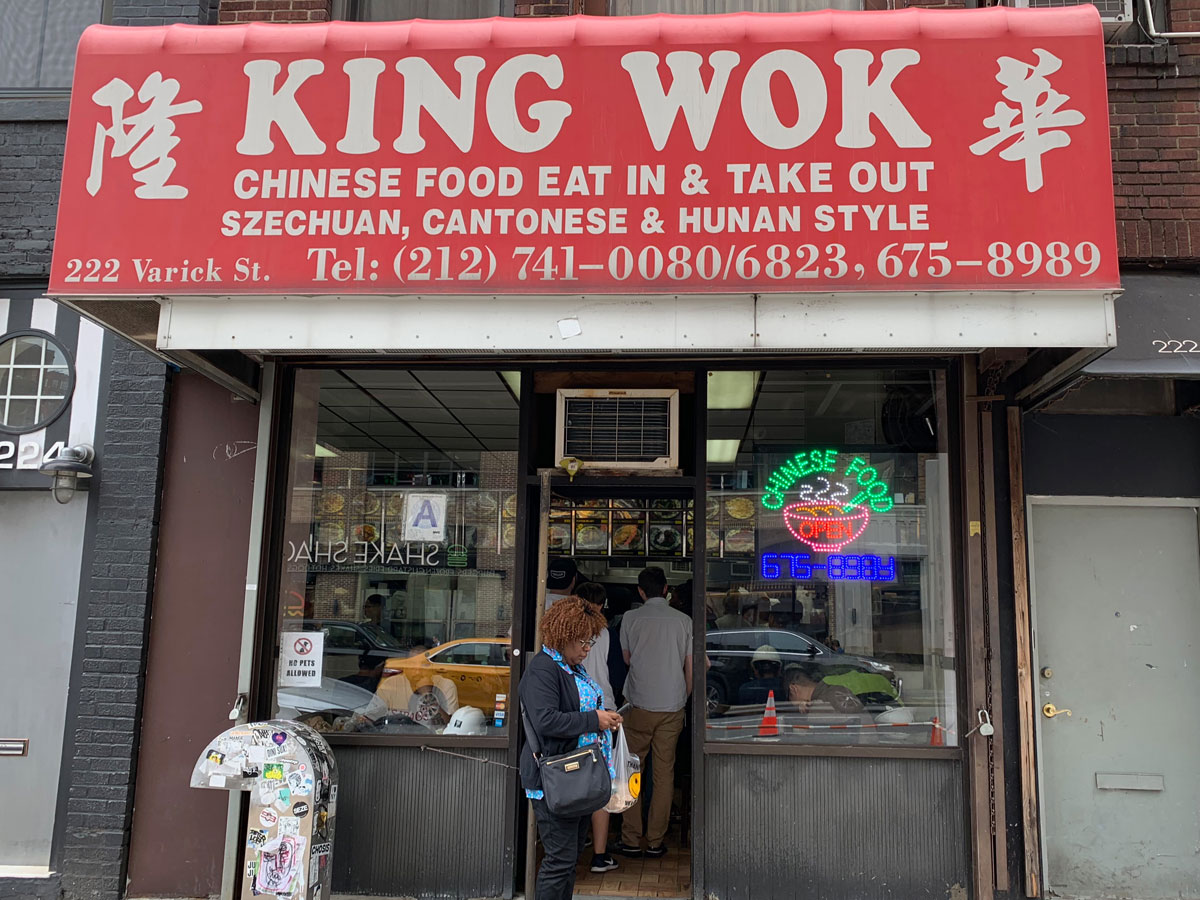 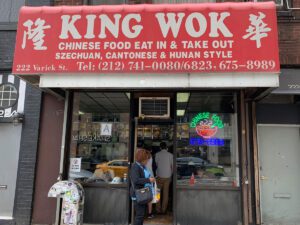 King Wok, king of the junky Chinese lunch special. Well, not so much king as like second cousin or step uncle or something. Because, when it comes to these hole-in-the-wall, questionable health code Chinese joints, they really are all serfs. And, yes, King Wok did get an A from the health department, but I feel like those inspectors in NYC could be bought off with a gross of fortune cookies and one industrial-sized vat of duck sauce.

So, what can I say about this place? Well, I didn’t die. In fact, I don’t even think it made me in the least bit sick. So it starts off with a check in the plus column. And then paying around six bucks for my chicken with cashew nut with some brown rice was a pretty good deal for this part of town. Even if the restaurant itself looks like a place you might be able to score whatever size bag black tar heroin comes in.

Surprisingly, the food wasn’t terrible. It did, however, involve way too much celery. I hate celery. This dish shouldn’t have it, and it should never be found anywhere near anything. It’s filler. Which I suppose is how they keep their prices low. In other words, the grub wasn’t plentiful, but what was there was totally and completely serviceable Chinese food. It just took a little effort to pick out that fibrous garbage that people swear is good with peanut butter. I’m not a fucking rabbit and I won’t suffer it.