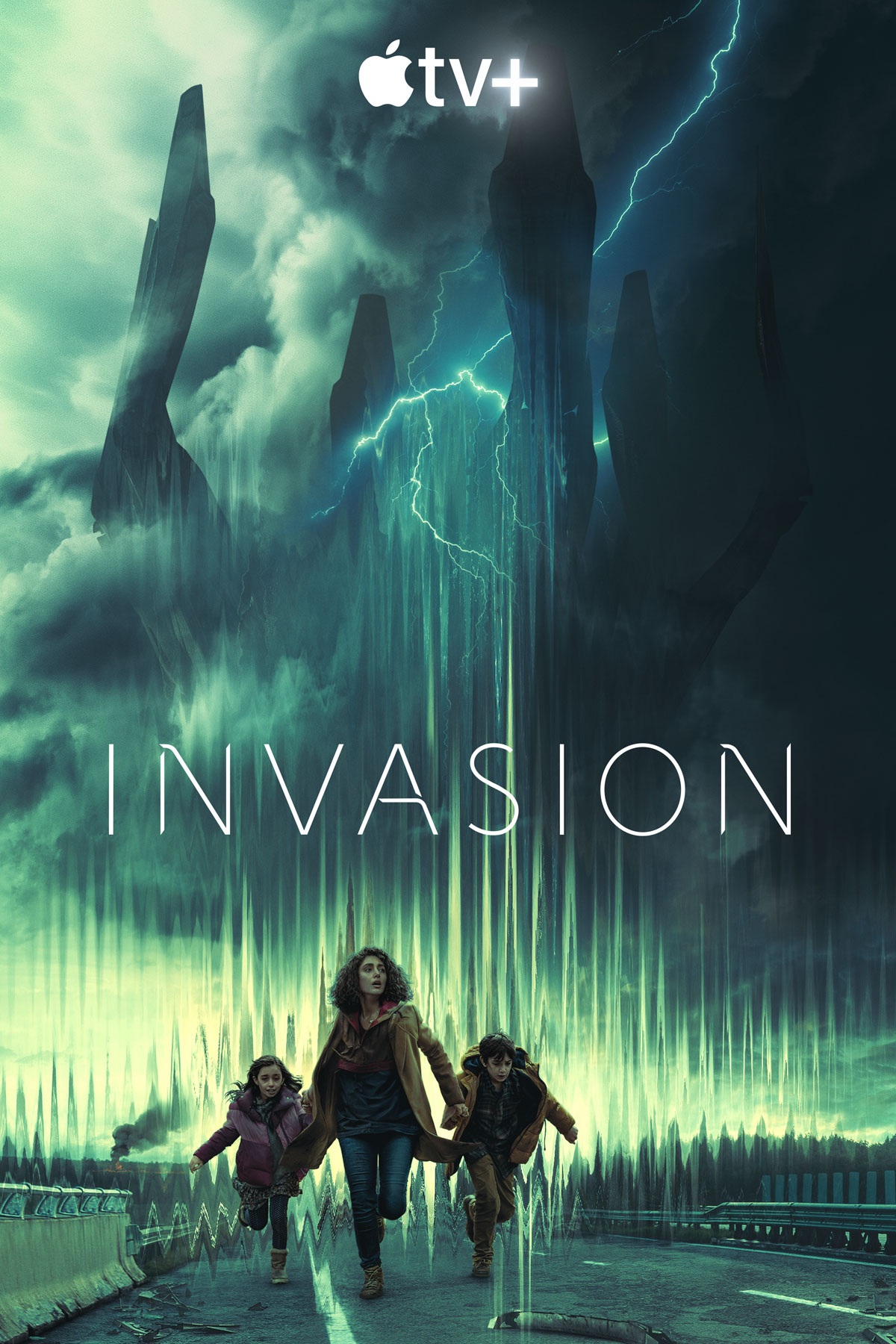 I feel as though I’ve watched at least three series called Invasion. I may be wrong, but the name just doesn’t get any more generic. Or more ABC-sounding. That network does love its one-word titles. Makes it easier for us short-attention-span dummies to remember. But this thing isn’t some TNT, basic-cable shitshow or broadcast network schlockfest. It’s a big-budget Apple TV+ vehicle that presumably was put out there to goose the fledgling streamer.

I will say right off the bat that this series is a soup of a disaster of a mess of a stew of a crumbling symphony of confusion. It had some kernel of something there — trying to tell an interconnected alien invasion story about how people connect to one another — but that kernel also exploded into a… popcorn thing of nonsense. Seriously, this thing simmers and simmers and simmers and simmers. Simmering is fine, mind you, but eventually you gotta work that thing up into a boil. Especially if you’re selling the audience a world-ending adventure. There is only so much talking — half of it in subtitled Japanese — one can do before you look at the other person in the room and ask, “What is the point of all of this?”

Usually I’d take this time to summarize what happens in the series. But, frankly, I’m not really sure I could do that in any meaningful way. The whole first half of the thing plays out like a melodrama. Family stuff. Relationship stuff. Oddly beautiful Japanese astronaut / rocket scientist lesbian couples who work for JASA, the Japanese NASA. The show certainly makes the attempt to represent a global perspective and show us a diverse cast of characters, but it just feels more like Apple flexing by setting money on fire than it does a genuine attempt to tell a cohesive worldwide story. Part of the issue is that the slow burn thing tells these little personal stories outside of the context of this “invasion” that is essentially invisible and barely even mentioned for quite some time. They tried something different. And mostly failed.

Then when we do see the aliens, they essentially look like large Tardigrades. You know, those microscopic water bear things with no face? Hardly what one thinks of as “intelligent” life. It just doesn’t feel like that much of a threat in terms of them taking over. Glorified face suckers. Also, I’m not sure how they steer the giant ship they came in what with no arms. They just come across as mindless, which doesn’t really jibe with the overall “intellectual” bent of the show. Then there’s some stuff about a kid with epilepsy, whose disorder seemingly gives him special powers over the aliens. Why his epilepsy and not the other thousands of epileptics? Unclear. And then the humans somehow find the alien ship and we shoot something at it that I’m pretty sure doesn’t really exist in our world. And there’s this one piece of obsidian-looking stuff that seems to kill the aliens, but it’s unclear where it came from and how the one chunk is going to help anyone. And it goes on like this. The individual stories of the humans are okay, but once we dig even an inch below the surface around the alien stuff, it unravels and gets incredibly confusing. Which, in some ways, seems to be the point.

There certainly are some cool visuals. Which is most likely why folks tuned into this show in the first place, as the promos definitely play on that. That and the promise of an epic sci-fi experience. The look and feel delivers, but the sci-fi heft is a mixture of too heady and nonsensical non-science. Which just makes it a swamp of what-the-hell-is-going-on? I’m a little surprised that this thing was green-lighted for a second season. I mean, they left season one on what I think maybe was a cliffhanger (?), but given what I imagine is the cost of a season, the investment seems tenuous given my and a bunch of other peoples’ shrugs at the whole thing.