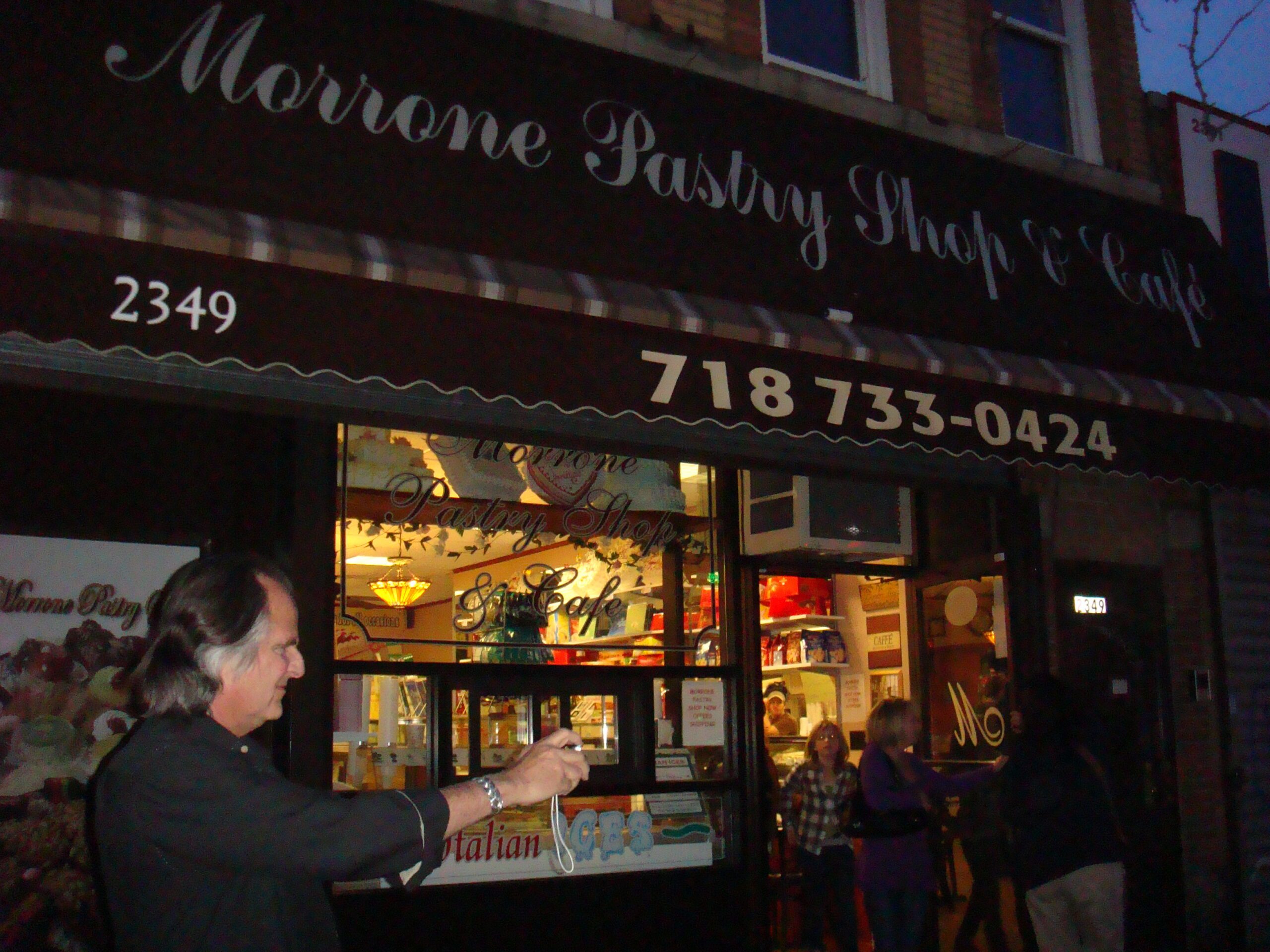 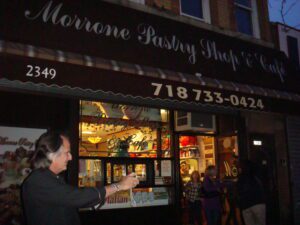 For some bizarre reason it felt like these folks weren’t used to people paying for stuff they ordered. It was like those scenes from The Sopranos when Tony would walk in some place, ask for some sort of cake or whatnot, say thanks and walk out with it without money changing hands (not to mention Vesuvio restaurant at which he had a “tab” that both he and owner, Artie, knew would never be paid). We walked in here looking for something sweet and Italian (ew) after chowing down at Mario’s across the street. The whole operation was a little haphazard, as the kids got some ice cream from a little thing in the corner, Ms. Hipster ordered a brigade of cannolis and everyone just kind of squatted at a table to imbibe. Never were we quoted a price, told who would take our cash or what cost what. Oddly, they also claimed to be closing up when we walked in, but there was never an attempt to keep other folks from walking in after us. Other than the strange financial and door policy, the joint was a pretty typical Italian bakery and sweet shop. Those who ordered ice cream claimed it to be pretty decent, and those cannolis served us well for the next few days, their fried shell holding up better than most I’ve seen, and the taste remaining fat-bomb deeelicious even a few days out. [MF]