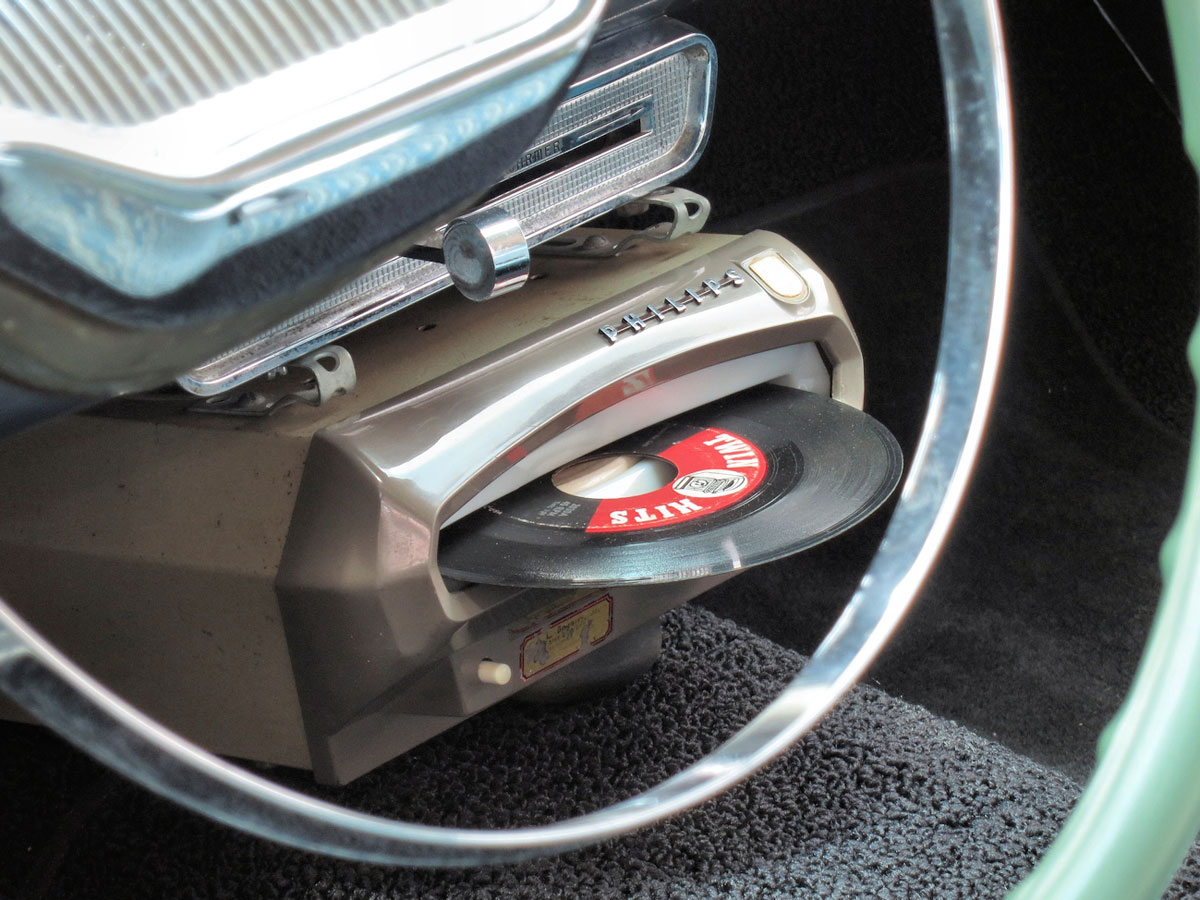 In a shining example of engineering brilliance, we bring you the automobile record player: 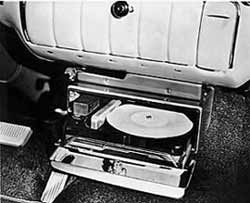 And you thought you had problems keeping your CD from skipping? This is just a god awful idea whose time was indeed short and painful. It’s somewhat akin to having a crystal water bottle on your bike. 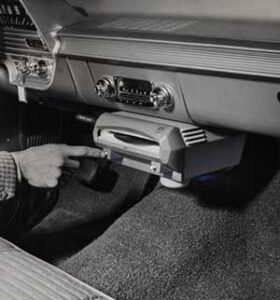 Now, this Chrysler hi-fi version looks particularly stable. I can just imagine cruising down the road at forty miles per hour, hitting a pothole, having my Bing Crosby record screech to a halt and spilling my high ball all over my linen pants. What a disaster!

Here’s Mr. Hipster himself enjoying his turntable now. He’s a scratching fiend. In fact he has a whole mobile studio and is planning on putting out a Neptunes-like remix album of Hall & Oates‘ greatest hits. It’s a mobile party! 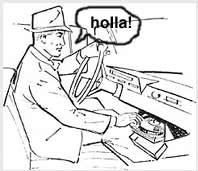 I already have my patent in for my new invention, AutoCable. Yeah, it’s cable TV for your car. Granted, the cable sometimes gets tangled up in bushes and shit (and once I snagged a Dalmatian and dragged it a couple blocks), but I think it’s at least as valid as this stupid idea. I’m trying to license it to the Kia people–they need some sort of gimmick to compete with all those fancy schmancy cars out there.