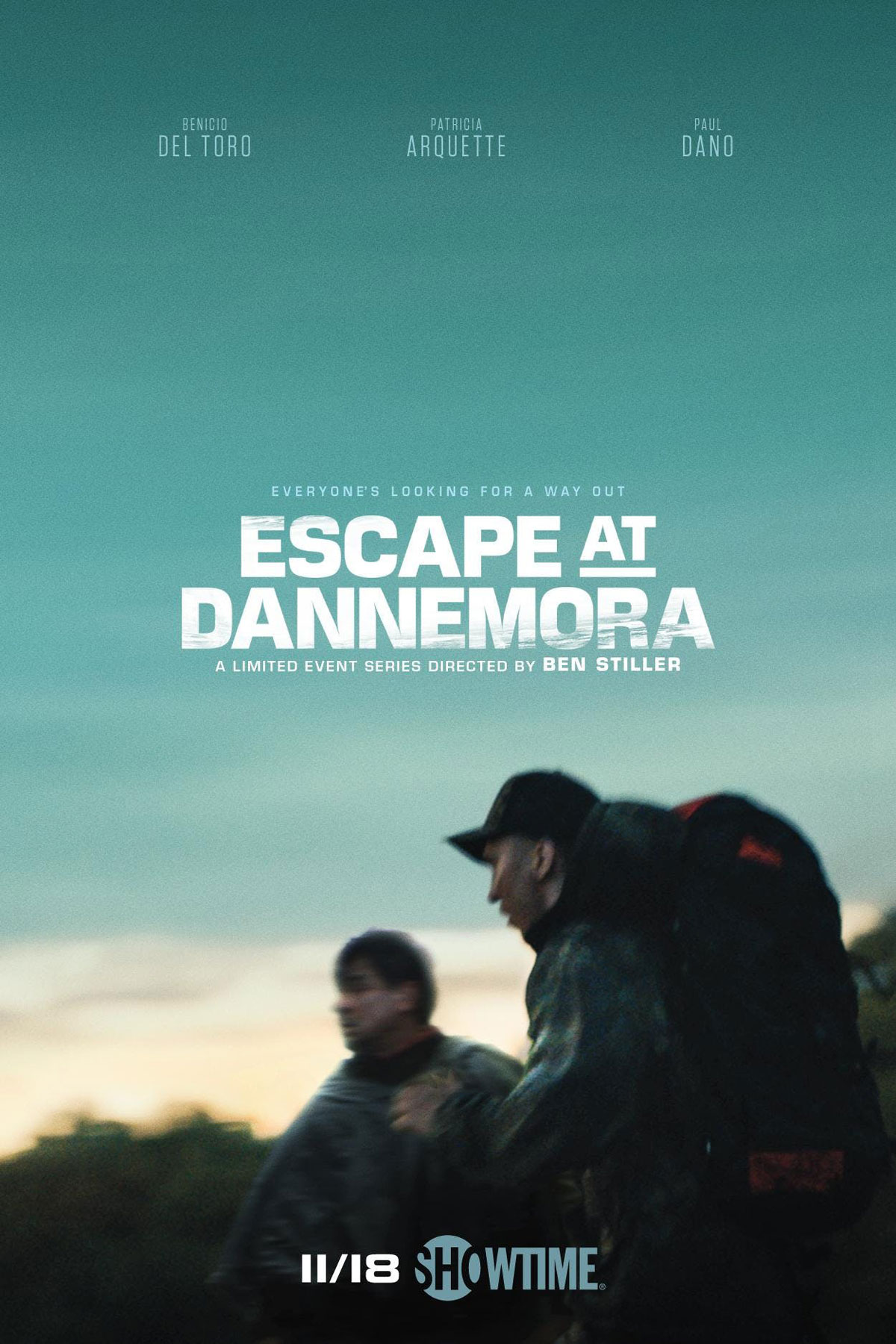 I feel like the 1970s were chock-full of prison escape movies. And maybe the 80s. And sometimes on the television in the 90s and the 2000s. Proving Americans’ undying love of the genre. Despite it sometimes being a painstaking process. And is sometimes a pretty unfun place to hang out. But this here tale — the tale of the Escape at Dannemora — is a true one. One that happened only a few short years back in 2015. One that is pretty fresh in our collective memories. And it is just so damn weird.

You probably already know the story, but I’ll go over it in short. There are two dudes in a prison in New York’s North Country. It’s an area whose main export is sadness. One guy is an old prison vet and the other is younger and clearly less scary than the other guy. The young guy starts an affair with the older woman who runs the pants-making operation. Mostly out of boredom and young-person horniness. She does it because she’s flattered and has a very extensive and unrealistic interior fantasy life. The other guy eventually starts an affair with her too. They team up to manipulate her into getting them the tools they need to break out of the prison. That’s about it.

We watch the guys plan and prod. We watch the younger guy (Dano) dig through brick walls and squeeze into small spaces. We watch the older guy be a Benicio Del Toro weirdo. Played in Del Toro’s usual oddball way that I can’t possibly imagine was that similar to the actual man. Because he’s just too Benicio (including his enigmatic accent that waxes and wanes). But mostly we get to see Tilly Mitchell, the pants foreman, be horrible to her poor husband and embarrass herself in very cringey ways. And Patricia Arquette does a pretty amazing job playing this woman who is just terminally unhappy, endlessly horny and highly unsympathetic. A pretty unflattering portrayal.

It seems on the surface like a strange project for Ben Stiller to take on. There’s nothing particularly funny about it. There’s nothing particularly fantastical or wondrous about it like his version of The Secret Life of Walter Mitty. It’s a prison movie. Not a particularly gritty one, per se, but they do prison things and there are a lot of gross sex acts in the spool room or whatever it’s called. He clearly does get some of his filmmaker kicks out when he does backstory flashbacks on the two men. It kind of comes out of nowhere, but as a bottle episode of sorts, it’s not bad. It just feels like a director being like, “Hey, man, one for me.”

I can’t say that the tone is overly serious. It reminded me of the American Crime Story anthologies. More of an entertainment than a document. So, less grit, more shine. Even though the surroundings are as gray as they get, and the characters hardly as sexy as an OJ Simpson or Versace. It’s just the way things are put forth. Almost as if the whole thing is filmed looking through your fingers. There’s just a hesitance to give us hyper-realism and instead there’s a weird feeling of self-awareness that these are actors playing real people. An almost stand-offishness to either make them caricatures (like in the case of Del Toro) or probably add a little too much cinema heart to the person in the case of Dano’s jail breaker. Or, like Arquette’s character, just go full out and ultimately make her a way more fascinating person than she probably is in real life.

All my complaints aside, the series was pretty entertaining. Frankly, I could have watched three episodes of Bonnie Hunt’s NY State Inspector General interviewing Tilly. All I could think about while watching her is how excellent she’d be as Hillary Clinton should they ever do a send up of the 2016 election or a great biopic. Her sharp wit against Arquette’s mumbly Upstate, playing-dumb accent is terrific. Dano is also excellent in his role. Benicio is always going to be Fenster no matter who he’s playing, so he’s more of a distraction than anything else. It’s pretty crazy these guys almost got away with this considering the hurdles. But you gotta commend a guy for trying.