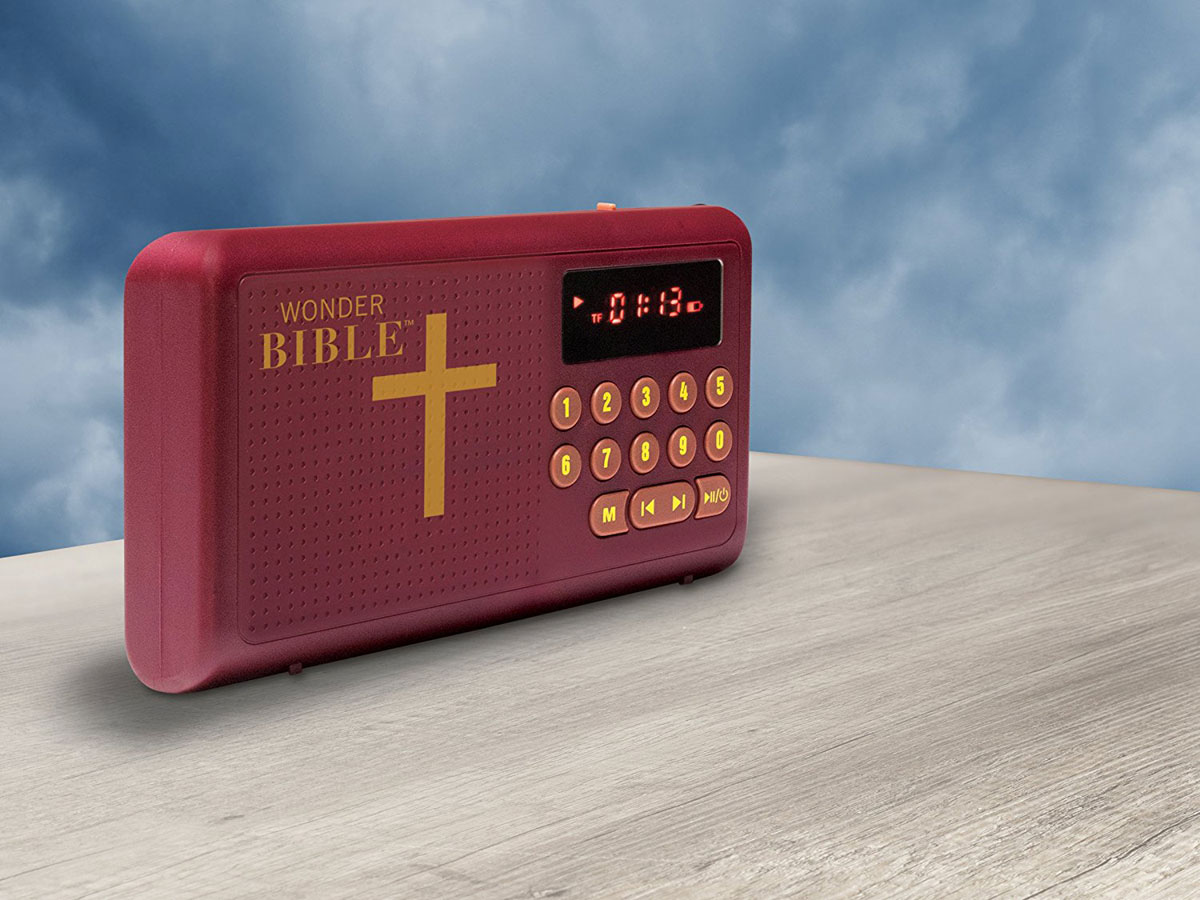 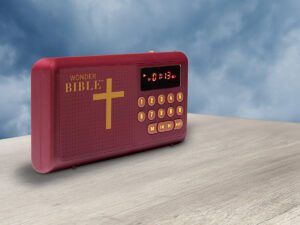 I’ve never claimed to be a religious person. Some might even say that I’m not the world’s biggest fan of organized religion, though I don’t begrudge anyone their particular beliefs as long as they don’t interfere with or impeded others’ lives. That said, I’ve been in my share of religious classes and services that do definitely paint god as not the chillest dude. Granted, my perspective is of the Old Testament variety, so I suppose I get the vengeful, ambivalent god and not the one that assholes use to preclude gay people from their lives — despite what I understand is a message that preaches the exact opposite.

In any case, now people can get their fill of superstition on the go with this talking bible box, Wonder Bible. A voice that sounds vaguely like an uptight, suburbanized Morgan Freeman reads verses out loud presumably in an attempt (based on the people in the commercial) to calm and settle the frayed nerves of modern society. After all, if those taxes are due or you have no money to pay the bills, this toy will make it all better. Because for just $47.00, you can ignore personal responsibility and hard work and just trust in the lord. But, guys, “the lord” is just a voice-over actor who’s been paid a couple hundred bucks by As Seen On Tv Wholesale Inc. to record a public domain text. I’m sure they’re very dedicated to your salvation.

Look, I realize I’m not the target market for something like this, but there is just something cynical about a company whose other products include a nail clipper with a light on it (the similarly named, Wonder Clipper) and something called the Baseboard Buddy marketing a cheap piece of plastic presumably to old people who just want more Jesus in their lives. And, of course, they’ll double that original offer so you can get a second Wonder Bible at a deep discount of only $20 — because who doesn’t need two useless items? So, for just $67.00, you can get two of these things, instead of downloading the bible for like $4 on your Kindle and turning on speech to text or downloading any number of free bible apps on your iPhone. Or, if you’re truly an old person, go to church or get your Meals On Wheels rep to maybe sit and read to you.