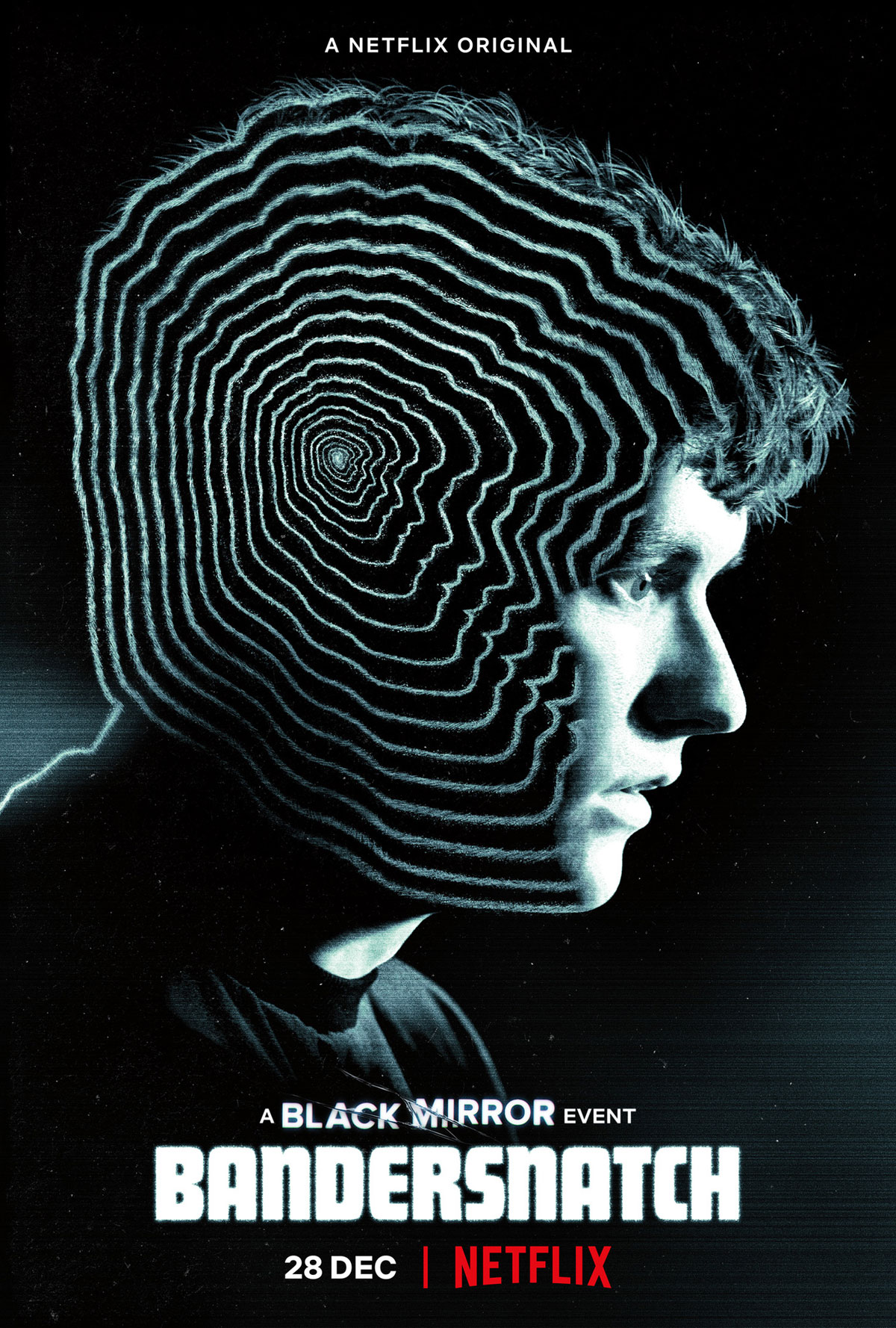 How do you categorize a feature-length film that is based on a television show that is still, in some ways, a television show? Well, it’s on my television and was built for televisions, so I call it television. Call me a traditionalist. But essentially Black Mirror: Bandersnatch is one of the first programs that I can recall that takes what amounts to two old mediums and mashes them together to create a new one. I read choose-your-own-adventure books by the dozen when I was a kid. I wrote choose-your-own-adventure games in basic on an Apple IIe in school when I was a kid. I even peripherally worked on a really basic CYOA YouTube campaign for this bro brand, which was minimally successful.

It’s a simple concept. You follow a narrative until you get to a branching reality. Choose A or B. Choosing A sends you onto one branch and B sends you to another. Then those branches fork and fork and fork. There are some instances where, through your choices, that the original A/B choice forks back into each other. It’s all dependent on small and large decisions. So, while this dynamic made sense in book form (though flipping back and forth always kind of took you out of the story a little) and also in computer form, this seamless engagement eliminates the flipping and the early “loading…” computer experience and makes for a unique 21st century thing.

In the case of Bandersnatch, some choices are seemingly irrelevant (like what cereal you eat in the morning), which feel more like an attempt to get you used to the interactive mechanism, but others essentially end the experience at a dead end much earlier than the listed 90-minute run time. The plot is almost secondary considering the fact you’re the one behind the controls, and the creators of the show can’t determine which branch you’re going to take. But, as it is — and in typical Black Mirror fashion — the narrative is a great piece of mind-bending meta-ness in which a young computer programmer in 1984, Stefan Butler, is working on a choose-your-own-adventure video game called Bandersnatch. Which is based on a choose-your-own-adventure book of the same name. The author of said book, Jerome F. Davies, went insane while writing his book, murdering his wife and painting a mysterious symbol on his walls in her blood. Layering on the meta, we are led into discussions about free will and Stefan’s “paranoid” feeling that someone is controlling his thoughts and actions. Of course that person is us. One branch even sends us into a scenario where his whole existence is exposed to be a Netflix show — which, of course, it is. There is even one scenario that includes a postscript showing a fictional producer at Netflix creating the Bandersnatch show based on the book (that doesn’t actually exist) and in herself getting sucked into the same psychological torture that Stefan enters when realizing that every decision he makes branches and branches in ways he can’t control and is frozen into inaction by fear he’ll make the wrong decision.

This is all confusing without just experiencing it, I know. Again, it all kind of depends on which path you take. Although I actually watched the thing a couple times, taking diverging branches on each watch to see what was up. But the typical Black Mirror themes of “are there really malevolent forces working against you, or is it all in your head?” are strong in this one. But in this case, because we’re controlling the action, perhaps we’re the malevolent force and Stefan’s paranoia is justified. Though there is definitely an indication that Stefan has issues outside the fact he’s sitting in 1984 being controlled by someone in 2019.

So, is it any good? For its uniqueness and being the first to really delve into this mechanism, it’s pretty cool. That said, it is a first and it’s clear they spent a lot of time trying to figure out how to make the thing hang together as best they could. But in doing so, some of the depth of the plot suffers a bit. The film is definitely on-brand for Black Mirror, and feels one of a part of the anthology series, but there’s just a little something missing because of the need to be general or vague in parts in order to satisfy the mechanism. The technology itself is pretty great, though. You are only given two choices and ten seconds to make it when the film hits a decision point, but once the decision is made, the branching is really clean and invisible to the viewer. Which is an improvement on similar past online experiences I’ve seen. Oddly, the show didn’t work on the 4th generation Apple TV I typically use to watch Netflix (I was shown a whole video of what devices to use instead), but did work with the native Netflix app on my Samsung TV and on the 2nd generation Amazon Fire TV Stick on an older, non-connected TV we have.

Ultimately, this was a pretty cool experience. It feels like they put a lot of thought into it and, as is typical, provided all sorts of great Easter eggs for Black Mirror watchers, but also put up a program that is fun to play with regardless of your knowledge of past seasons of the series. I think this is something to build on and will, as they work through best practices, eventually be able to marry the technology with rich content that can stand up to fully scripted shows. As with Stefan in the film itself, I’m sure the process of putting this together is pretty painstaking, but I imagine there is a line of creative folks out there who are both willing and up to the challenge.