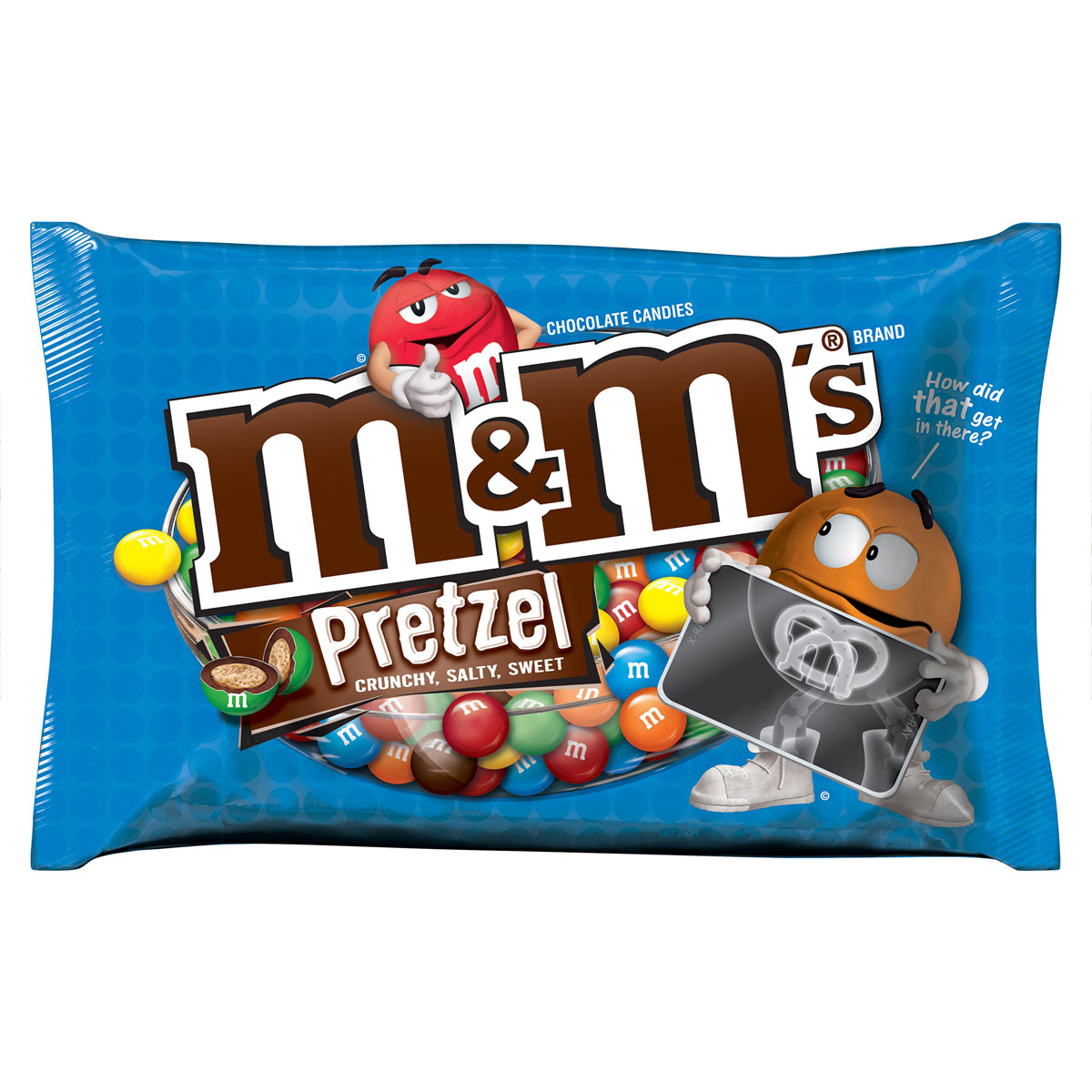 I’ve admitted on multiple occasions that I’m a sucker for new products–usually of the edible kind. I think I even tried some soda shit called Bawls at some point and some other Special K twiggy chocolate bar that was like eating a cocoa-flavored squirrel’s nest. My experience with Pretzel M&Ms, I’m happy to say, was much more pleasant.

After seeing one of those dumb ads with the giant animated candies–and fulfills the creepy factor of having food you’re supposed to enjoy eating talking in commercials–I told myself that if I love Peanut M&Ms (which I do), I’m going to have to loooove Pretzel M&Ms. After all, if they made chocolate covered salt, I’d probably buy it. So I made it my mission to find these things. But it seemed the folks at Mars were going to make me work for it. I looked at every store I walked into. The CVS down the street has Peanut Butter M&Ms, Almond M&Ms, Dark Chocolate M&Ms and fucking Coconut M&Ms (fucking coconut!), but no damn pretzels. I started to think that maybe this was a pre-launch tease or some sort of targeted release that unfortunately wasn’t available in the Tri-state area. To this day, I’ve still never seen a small bag of the things. But I did finally come across a medium-sized and large-sized bag at a place mere blocks from my house. I swear my adrenaline spiked. It was like I was Indiana Jones puling that damn golden head off the pedestal.

I got the thing home (totally forgetting Ms. Hipster’s prescription) and threw the bag down on the counter like a conquering hero. I believe I said something cool like, “Fuckin’-a, right!” I tore at the bag like a wild animal and popped the first if what would be many candies into my piehole. The outside is much like a typical M&M, with its brightly colored candy coated shell, providing that familiar snap for which they are so famous. Then you get the Mars chocolate layer and finally the peach pit, if you will, of pretzelness. The whole thing is a perfect synthesis of texture, salty & sweet and happy colors. Ms. Hipster soon hovered, and after threatening her to back off with one of those giant bbq forks, I rationed the candies in a “one for you, ten for me” manner and called it even. Unfortunately she’s a sneaky one, and infiltrated my sophisticated baby latch system the night of and redistributed the M&Ms in a way she found more Democratic and caloric for herself. Needless to say, the bag disappeared quickly and I have yet to replenish my stash.

So if you’re ever to invite Mr. Hipster to a party, be forewarned that I will brining with me (because it’s the perfect excuse), one of the more addictive pre-package snacks that I’ve experienced in my adult life. Granted, my former addiction was Peanut M&Ms, so this is like going from coke to crack. Thanks cartoon douches. 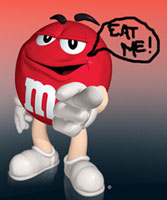