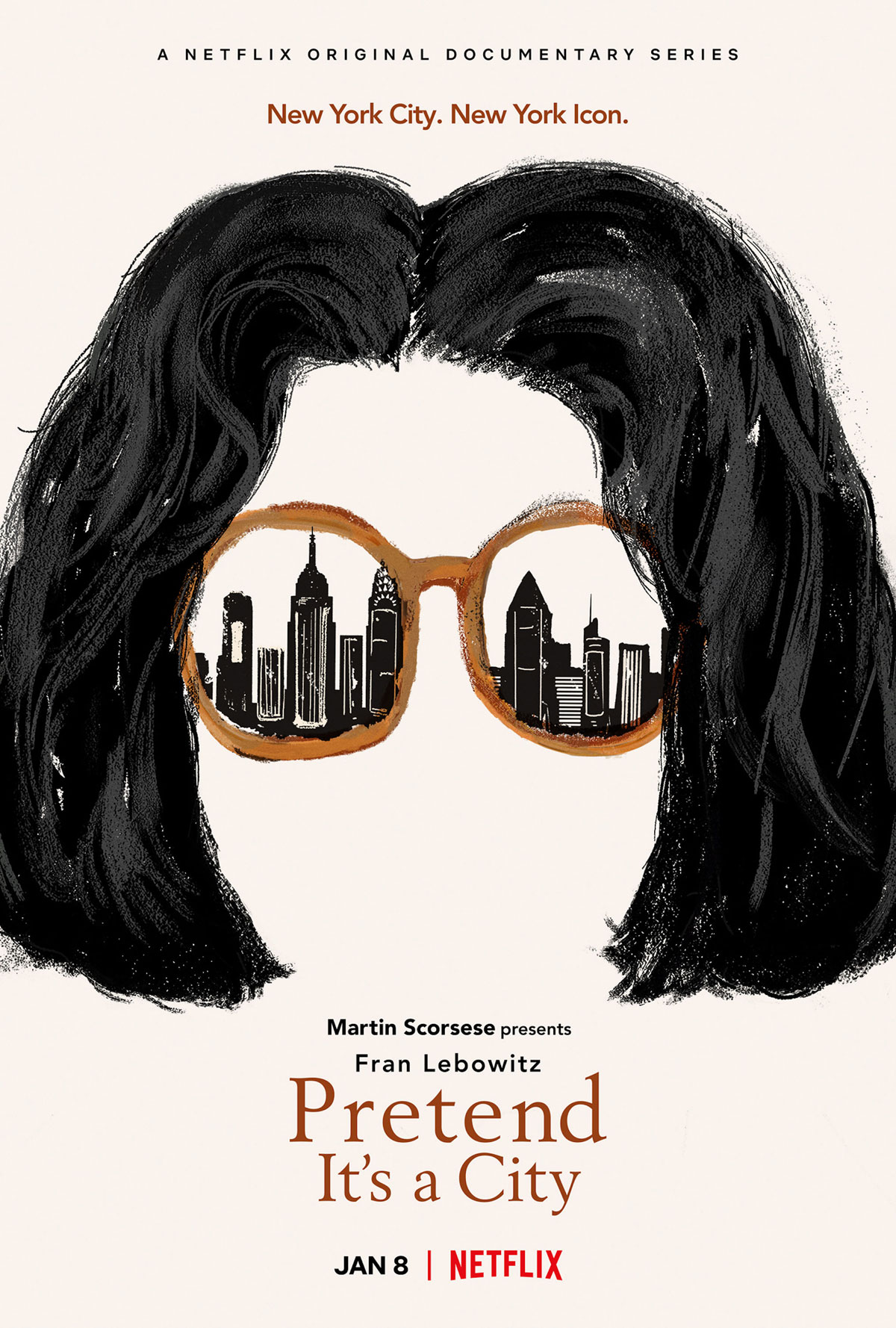 I will start off by saying that I’m not a New York City native. Hipster Dad is. Hipster Mom is not, but she is from the state of New York. I am an LA transplant, but after years and years of living and working in and around the NYC area, I feel like I know Fran Lebowitz and her ilk. Like if I just let one little section of my personality fly, I could be her. It’s in all of us Chosen People, but we suppress it for the most part. Or it’s a subliminal, smoke-choked voice that just surfaces on occasion. That wry, grumpy-ass personality dripping in sarcasm and hyperbolic observances about our fellow human beings.

The thing with this “documentary” is that it’s just that specific. It’s either something you like, or something you just don’t give a shit about. If you’ve never lived in or around The City, I have no idea why you’d watch this. If you don’t appreciate chain smoking seventy-year-old lesbian Jewish cranks from northern New Jersey, this will hold no value for you. It might be vaguely entertaining listening to Lebowitz’s talking head waxing poetic about being a total luddite, but it won’t hit in the same way. It just lacks context if you can’t actually feel that connection between the “type” and the titular City in Pretend It’s a City.

The fact that this thing is directed by Martin Scorcese is almost a non-issue. He’s more like a one-person audience than an artistic influence. He sits listening to Fran crack wise, laughing like a little troll and occasionally interjecting not much at all. He’s obviously heard her schtick before, but does seem to be genuinely fascinated by his longtime friend. Because, quite honestly, she’s a fascinating person. Someone who clearly has no qualms about saying the un-PC thing. By being very much herself. Both self-deprecating and incredibly comfortable in her own skin. She’s like the most Jewish New York TED Talk of all time. Despite being an atheist. And, again, for those of us who get it, it’s a joy. Because even though almost everything that comes out of her mouth seems like a complaint, there is something positive about her approach. It’s a funny game your brain plays with her little speeches, tirades and narrations. They seem like a never-ending wave of Larry David-like observations about the horrors of our fellow humans, but she somehow does this ninja shit that makes you come out of it appreciating your fellow man rather than thinking the world and NYC is a stinking hole.

I can’t say the visuals or the structure of the series were anything special. If anything, they were a little disjointed and repetitive. But the look of it wasn’t the point, I suppose. Honestly, it was hard to tell if they kept using the same b-roll of Lebowitz walking down the block or if it’s the fact she wears the same clothes every day. It’s hard to tell if her tales at the live events were cut together from several appearances, or if they were delivered in one night. All of this is to say that she is purposely a creature of habit, so you get the sense that when they keep meeting at The Players Club that either she or Scorsese don’t really ever go anywhere else. That’s an old-school Manhattan move. You have your favorite restaurant or bar and you just go there and nowhere else. They reserve that table for you. You become a fixture. You hold court. And they eventually put a plaque with your name on it after you die. Or maybe it’s the only place that would let them essentially meet and eat and drink without being interrupted? Whatever the case, it felt right.

To call this a documentary is a little bit of a misnomer. To call it a biographical piece also feels weird. Lebowitz reveals a lot about her life in it, but it’s almost more of an extended late night interview or dinner discussion. A dinner that would be super-awesome to attend, of course. Lebowitz — due to her monumental and famous case of writer’s block — has essentially made a career being a world-famous observer of fellow human beings. A world-class talker of shit. A student of human nature with the ability to dig out the kernel of whatever that makes modern society tick. All while somehow feeling like she could be your quirky, life-long bachelorette aunt from the Upper West Side. You know, the eccentric one who everyone winks about, cuz they all know.