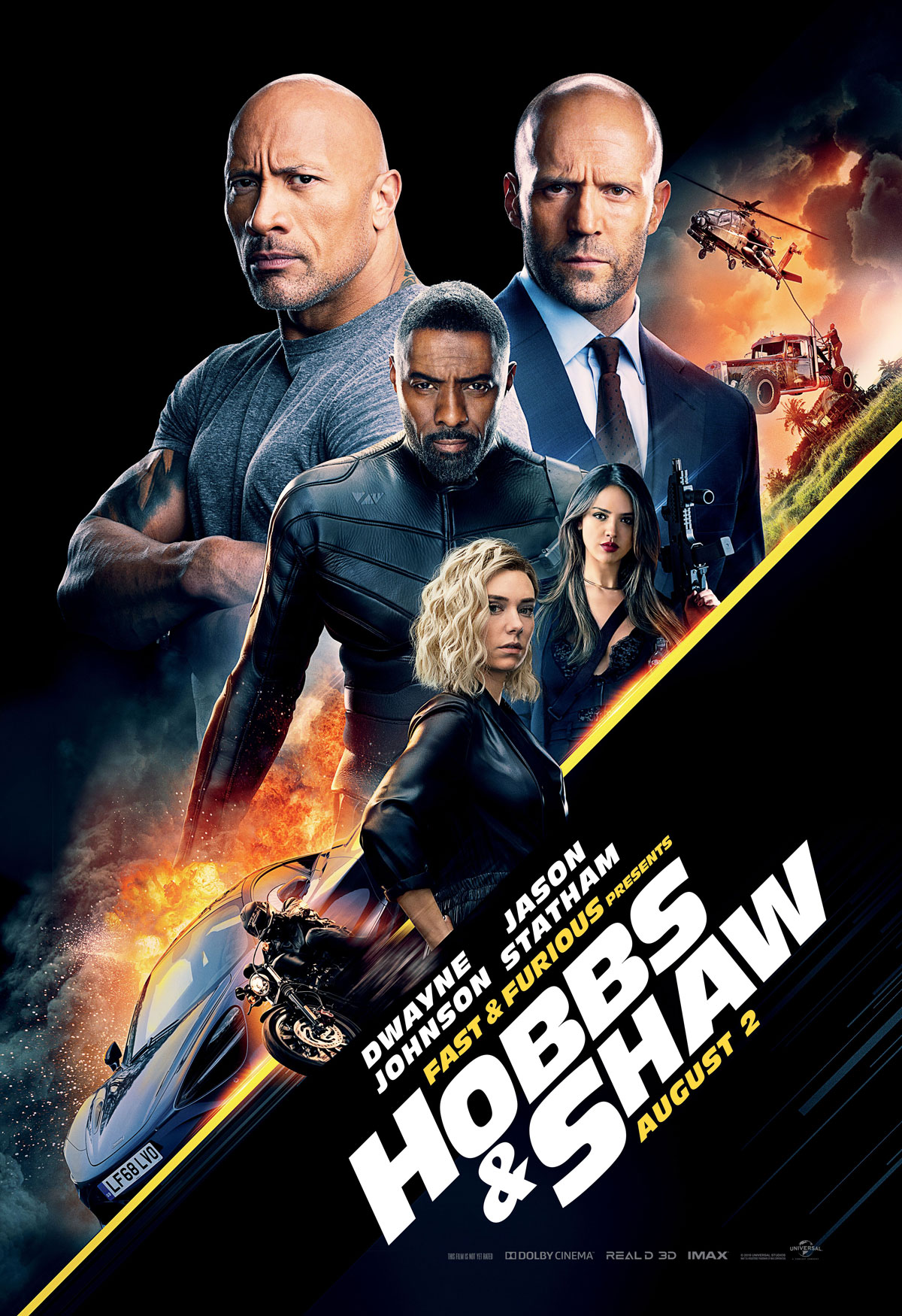 What’s better than watching a semi-violent Dwayne Johnson movie with children when stuck home during a global pandemic? A movie loosely connected to a very successful movie franchise about dudes who drive fast cars furiously? Where each movie escalates their driving escapades until, at least count, they were doing wheelies in space? I think I’ve only really seen two of those films. The original The Fast and the Furious, which involved some garbage acting from Vin Diesel. And the second, the name of which is tells you exactly what driving style they plan to execute: The Fast and the Furious: Tokyo Drift. I don’t have a strong memory of the Tokyo film, but I seem to recall it essentially being The Karate Kid in screeching Nissans.

That said, I think the franchise has come a long way since its “drift” days. I seem to recall The Rock joined the franchise at some point during its current run. Maybe the fifth movie? I think he’s Hobbs. And then Jason Statham maybe had a cameo in one of the other ones. He must be Shaw, by process of elimination. Why the two of them get a spin-off is beyond me. Other than they are two of the most marketable action stars in the world. And nobody wants the Vin Diesel solo show.

From minute one this movie makes absolutely no sense. Which I suppose is fine when it comes to these goofy action thriller-type things. You know the beats. You know exactly where they’re going with it. So all that matters is the actors, the action and the explosions. How can you amp up the banter? How can you put a vehicle in a new situation that you’ve never seen? And how can you light the most things on fire?

The thing is, there is a reason Dwayne Johnson and Jason Statham are popular. And putting the two of them in the same film as mortal enemies who have to work together is clearly the stuff cooked up in a money-printing factory somewhere. And there are definitely some funny moments here, with The Rock playing The Rock and Statham playing the straight man. Throwing Ryan Reynolds into the mix helps as well, as he always brings the funny to these types of limited roles.

And while all the parts seem to be there — including a pretty decent bad guy in the form of Idris Elba — the convoluted plot and some boggy parts in an otherwise overly-long movie kind of weigh down what should be a fun romp. The thing looks nice and the stars deliver some fun lines, but scenes just go on for way too long. They clearly tried to make some sort of Bond comedy mash-up here by adding some elements to the plot that just ended up confusing it and caused the poor editing and exposition to overtake the action. Bond can pull this stuff off. The Fast and Furious crowd probably doesn’t care about this stuff.

And then there’s the whole thing where Shaw — who I think is supposed to be some sort of British agent — has an entire basement full of super cars. And, again, I know he’s supposed to be a Bond-type guy, but I don’t understand how a government guy can afford millions of dollars in automobiles? Perhaps that’s explain in one of the previous films, but there’s not real mention of it here. Just one of the confounding things in this movie and how the machinations of their assignment works. Also — and this is a big one — why in the hell would Hobbs go back to his native Samoa knowing full well that Brixton (Elba) and his army would follow him there? He literally goes back to an island to put his estranged family in mortal danger. I get the point about “family,” but it’s seriously fucked that he does this to them. Someone just probably thought it would be cool to film chase scenes in paradise. Yay big budgets!

Anyhow, it seems that even the money factory can get it wrong sometimes. At least in the US. Where the $200,000,000 budget grossed $174,000,000. That doesn’t seem like a great investment, until you look at the global gross of $760,000,000! Holy shitballs. Seems these two are definitely international stars in the broadest sense of the word. As a mindless distraction, this movie could have been more mindless. And as a smart action film, it certainly could have been smarter. It falls in this funny space somewhere in between that is neither exciting, nor as fun as it should be. It gets a little too sappy and a little too process-y. And, overall, doesn’t deliver on the promise it gave us in the trailer.