So our baby was summoned home. After four years of good times, fast driving and looks aplenty from folks who couldn’t figure out what the hell happened to the back of our Outback, we sadly let our lease lapse on the 3.0R.

One of about three other Subaru Outback 3.0R Sedans on the street, we decided to once again lease a car that nobody else in the world seemed to want. It seems that other folks who decided an Outback would be a good idea also decided they didn’t want an Outback with the interior space of a small Honda. Who knew? So they made our model for about three years and then abruptly stopped. Sad, really, as it was a nice car. It was fast (about 250hp) and sprung high like a crossover, but was small like a shrimpy Acura, so I could take speed bumps like a truck, but fly over them like a BMW. The only thing about the car that kinda sucked was the stereo. Oh well, nothing’s perfect. In any case, at least we know there won’t be anybody else diriving around in new versions of it any time soon. R.I.P., my friend. 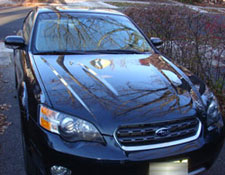 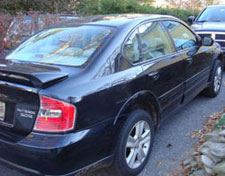 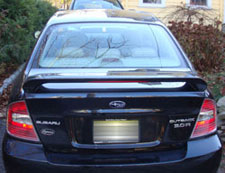