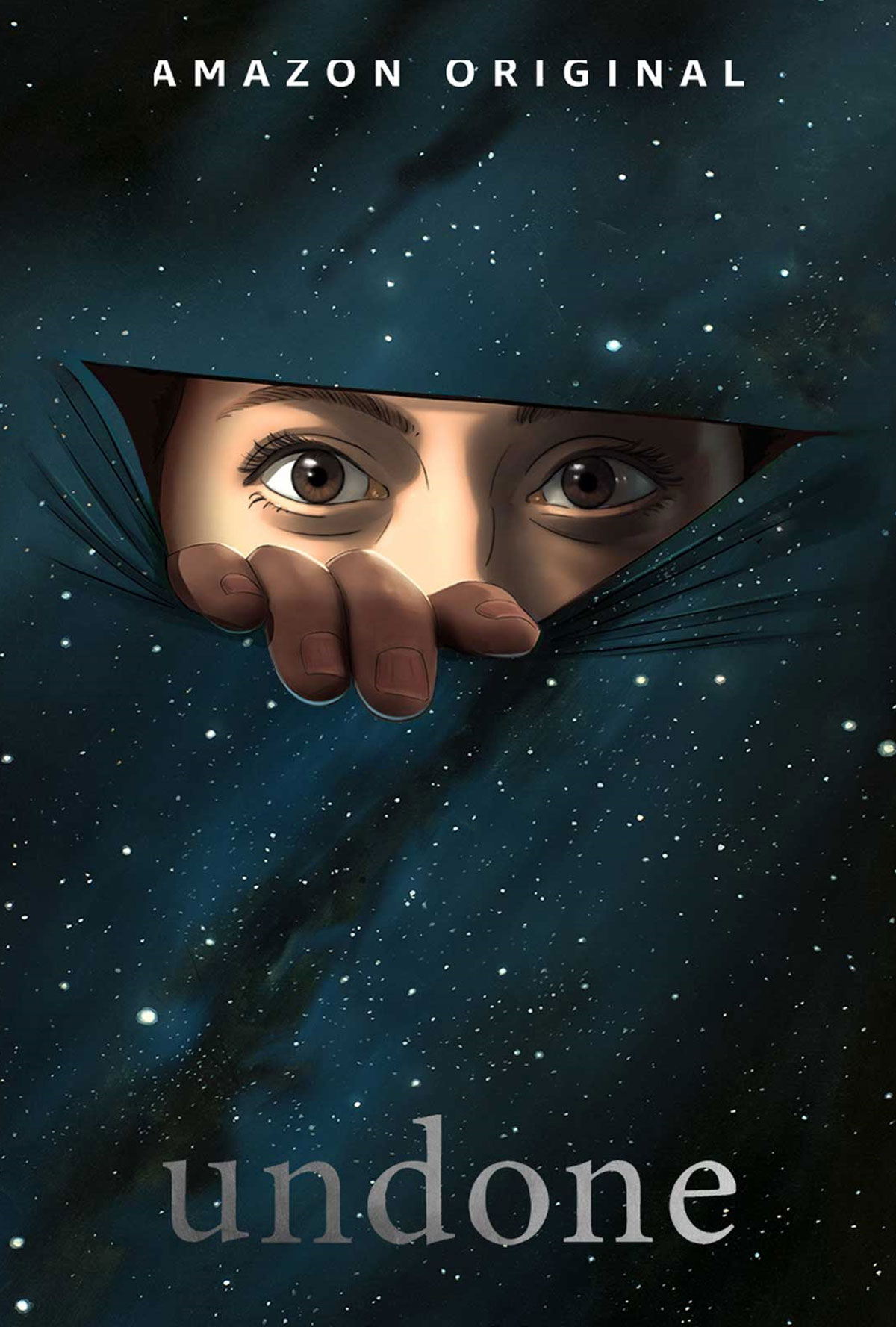 I still find it weird that shows like Undone aren’t a bigger deal. I mean, I know we’re maybe still in the times of peak TV, but the field seems less crowded now than it did even a year ago. So when a deeply original and beautiful-looking series like this rolls around, it makes me a little sad that it barely makes a peep. Maybe it’s because it’s on Amazon and not Netflix or HBO? I don’t know what exactly the problem is, but this is one of my favorites of the year and I think more people should be talking about it. People still do that, right?

Rotoscoping. It’s that wacky animation technique where they film real people on real sets and then basically draw over it. So it’s a reality that can easily be manipulated through art rather than through fake-looking special effects. I suppose the whole thing is one giant special effect, but it just looks cool. It’s both not real and hyperreal. It also melds perfectly with the trippy, mind-bending narrative of the show.

The essential story is about a young woman, Alma (Rosa Salazar), who gets in a car accident. Something is shaken loose in her and she starts to see her dead father, Jacob (Bob Odenkirk), as if he’s in the room with her. He trains her to manipulate time in order to uncover what he thinks is the mystery surrounding his death. The issue is, mental issues run in the family — schizophrenia particularly. So is her experience with her dad and her ability to bend time and space real, or is it all a figment of her imagination? Or even just a manifestation of her head injury from her accident? Both she and we don’t really know until the very end. And even then… But, honestly, it doesn’t really matter. Because what’s the difference between closure that is derived from memory or magic?

While the detective/supernatural part of the story is fun, it’s the show’s stars that make what really amounts to a small, human family tale humorous and realistic. The overly fussy mother. The younger sister who is marrying the dud because he’s everything her father wasn’t: boring, safe and sane. They drink too much, screw up at work, make poor decisions with their love lives and their loved ones. They’re people.

Ultimately, the series is funny and emotional and well acted (even though the actors are all animated-ish). The story manages to walk the line between its sci-fi/supernatural backbone and the family drama flesh that rounds it out. They don’t go too far into the mechanics of the science and they don’t rely on melodrama or lean too heavily into the mental illness spiral. The thing that I noticed after the series ended was that there weren’t any despicable people. Sure, our main characters have some issues. But they’re human issues. None of them is a secret serial killer or a degenerate cheat. They make dumb decisions and love each other imperfectly, but they feel like characters you’d want to spend more time with beyond the scant eight twenty-three-minute episodes we get with the Winograd-Diaz family. I don’t think there will be a season two and kind of hope there isn’t. This was perfect little thing just the way it was.