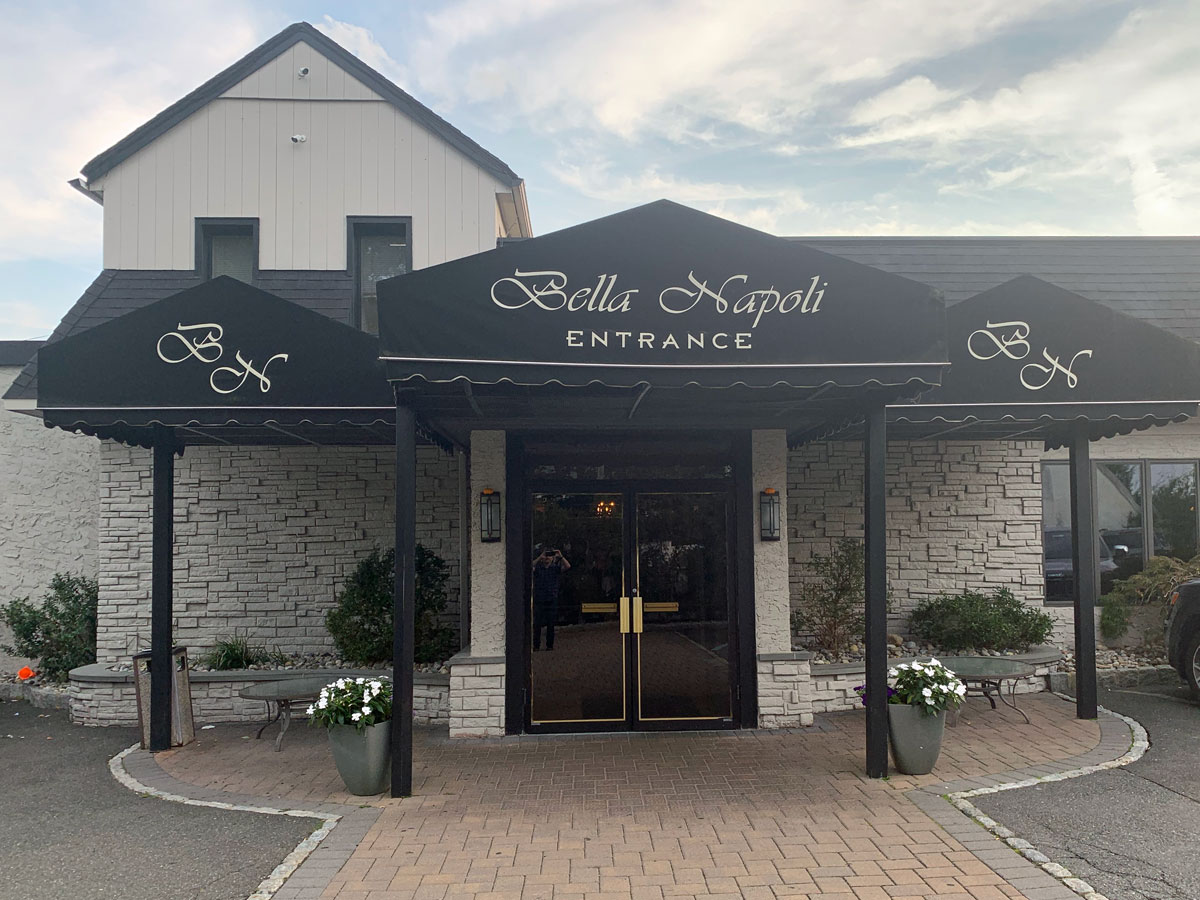 Bella Napoli used to be our go-to Italian back in the day. I would do the spaghetti and meatballs or some rigatoni thing with meat sauce. Or baked ziti, because that shit is like almost the perfect food. Ms. Hipster would hit the pink vodka or linguine alfredo hard. Always with a side of sausage. I would drive over to the joint (because I don’t believe in delivery) and it would be like walking into the 1970s. The food pickup was in the front bar, where you were somehow still allowed to smoke, and would peer into the oddball dining room that felt more like a tired greenhouse decorated by your grandma from Clifton than it did a modern restaurant. It was old school. I think it’s what people call an old style Italian red sauce joint. Made sense. And the food was plentiful and good. And super, super filling.

And then we moved away. Not far away, mind you, but far enough that The Naps (as we called it) became an afterthought. We also decided that eating eight pounds of pasta on a weeknight was a terrible idea for our aging guts. So it was with great anticipation when we gathered up the Jrs and decided to make an evening out of it and go to our old stomping grounds. Well, we were surprised by the new makeover. Bella Napoli now resembles what I could only describe as a Staten Island sex dungeon. Not that I’ve ever been to one of those, but I feel like I’ve seen photos of one on Zillow or something. And it’s a pretty accurate recreation. This sunken middle part with all hard surfaces (better to keep things clean when it gets wild) and this kind of cold, stark monochromatic color scheme. It is the exact opposite of the old, warn, but warm and inviting, grandma feel of the place. But I suppose they wanted to “upscale” and this is what passes for sophisticated in their minds. It just felt weirdly subterranean and dark to me. And empty, what with some of the COVID-era table spacing and just the odd setup of the dining room with its sunken living room architecture.

That all said, the food was terrific. Granted, they are having the same service issues that a lot of restaurants are having in this day and age, so we spent quite a bit of time sitting and staring at each other. But once the food finally did show up, my bolognese was pretty spot on. Hipster Jr. did some sort of fried fish sampler, which at $38 seemed a little steep. But it was also well done and I got some scallops out of the deal. Hipster Jr. Jr. only eats steak, so she got the $37 sirloin and Ms. Hipster got something I don’t remember, but was very happy with it. And, yes, it’s surprising to me to pay $20 for some bolognese in a restaurant two doors down from my dentist’s office, but I suppose when they upscaled the decor and kicked the octogenarian and her Pall Malls out of the bar, they were going for a different class of customer. And the best way to do that? Make your shit classy by making it more expensive. Because I’m pretty sure the pasta I got was the same pasta I used to get, just at twice the price. But, you know what? I liked it before and I like it now, so I should have nothing to complain about.

It is pretty amazing that in North Jersey it’s this hard to find decent old-school Italian food. I mean, it’s probably not that hard, but sometimes it feels that way. So we go back to what we know and love, even if it’s had a significant facelift and thinks it’s playing in a different pool than it once was.